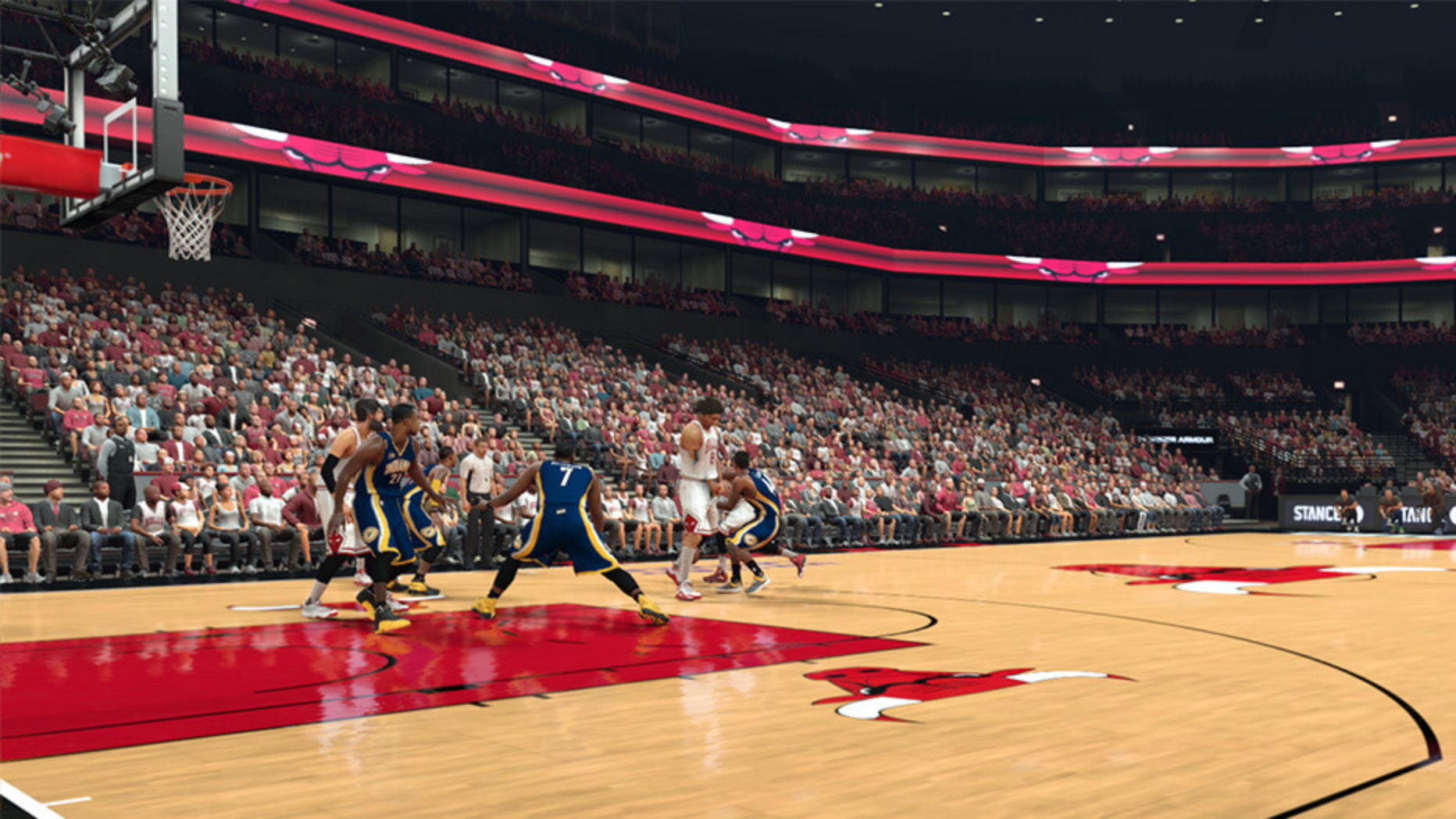 [Please note: My review also appears on Lazygamer.net, so don’t be accusing anyone of plagiarism, homies]

What is it? An annual NBA sports title that not only includes the ability to play as all the teams in the NBA, but a personalised story-based career mode as well as a variety of other management and fun modes.

A year has gone by which means it’s time for another NBA title from 2K. The NBA 2K series has a massive following, and when you take the time to dig into the game itself, it’s not actually very difficult to see why.

If you haven’t played an NBA 2K game then you essentially need to know that it has a massive following with NBA fans because it boasts features like jaw dropping graphics that look like you’re watching TV, tons of very different modes to cater to different kinds of people as well as gameplay that perfectly translates the real game over into a controllable, digital format. It’s not hard to see why it has such a following when the game looks like the game you watch on TV, sounds like the game you watch on TV and plays out exactly like the game you see on TV. This isn’t the sort of sports game you see where one team has 3 times as many points as you would ever see in a real game on TV. No, NBA keeps it very real and you could just as well put it into demo mode and grab a beer to get a similar experience to watching a game on TV.

It offers even more than that though. Online and MMO-like modes allow you to hang out in Play Parks and join in games that are going on and compete, card game modes allow you to get booster packs, draw player/outfit/boost cards and then even play out modes with the team you put together. You can play seasons as your favourite teams or even play an entire mode that has you managing a team. The cherry on top of course is the MyCareer mode that lets you create your own player and then play through a career mode that has been infused with a story that involves texting with managers/friends/family, attending practises, playing games and of course, playing out the story that features Hollywood talent like Creed and Fantastic 4’s Michael B. Jordan.

So if you have a good idea of what’s in the box, what else has it got going on? Well, besides all the modes that serve to please every avenue of basketball that you might enjoy, it has a few tweaks as well. Gameplay this year feels slightly more fluid and forgiving, while the developers also learned from last year that it might not be the best idea to leave newcomers so high and dry when it comes to tutorials and learning how to play the game. That said it could still offer a little more, or even present it easier. Creating your MyCareer characters is better than ever though, now offering a really simple and effective system of determining what kind of player you want to be and what sort of physical stats you should go for and how they affect your play style, such as too much height slowing you down, or light weight allowing you to be pushed around easier.

Load times are still a little on the rough side, but a few tactics are employed to try and ease the pain, such as episodes of 2KTV streaming even before the game lets you switch over to the pre-game shows that were already in place to mask some of the loading. That said, the 2KTV content and the pre-game shows are really well produced and the antics of Shaq and co. are always a hoot, even if its a bit of a filler at times.

NBA 2K16 started a new trend by having the MyCareer mode play out in an entire Spike Lee directed story of rags to riches that featured victories, broken friendships and heartbreak along the way. 2K17 keeps it a little lighter and slower paced this time around as you play an up and comer named “Pres” (as in President) and opts to rather inject bits and pieces of story into the career as you go along rather than have you feel like you’re constantly playing out a movie. As mentioned earlier, the MyCareer mode is very smart in that it plays out as more than just a game-to-game sports title with you needing to attend practises and sponsored events all managed from your characters hangout/hub area (a sort of hangar with a court and a bar), and it’s really great that the practise sessions actually contribute to your abilities and stats going into the following days.

The only gripes that I have with all of it is that the pacing of the career can really suffer for it. While you can skip from game to game if you like, it doesn’t feel natural to skip the responsibilities that make up the core of the mode, and by doing the opposite it often feels like its too long between actual games at times, especially if you just wanna jump into the game and hit your career mode for 30 mins, you might find most of it going to things other than playing a game in the NBA. It’s made slightly worse by the fact that you always have to load back to the hub before you can make your next choice on your calendar which really just wastes time for no good reason rather than letting you finish practise at the gyms and then opt to cut straight to the next thing you want to do on your calendar. I also experienced a few glitches in the game during practise modes that caused practise partners to get stuck in infinite loops while attempting to pick up a ball or walk somewhere and because it messed with my ability to even bring up the menu I had to not only waste time quitting out the game to load it all up again, but also lost the progress I had made during that practice session’s drills.

NBA 2K17 isn’t a massive leap over 2K16 and still has some room for improvement, but to be honest, the series does so much right, that it’s a bit of big ask to expect any more from this year’s title. Those of you who are into it know that you already want it for the new rosters, the upgraded modes and now the new career, and for those who are just coming into it you obviously need to have a pretty big interest in basketball and the NBA to fully appreciate it, but if you do there’s almost no other sports game that comes this close to serving its fans with everything they could ever want quite like this does.

Verdict: While there’s still a bit of a steep learning curve for newcomers, NBA 2K17 offers up everything an NBA fan could ever want in a single package.