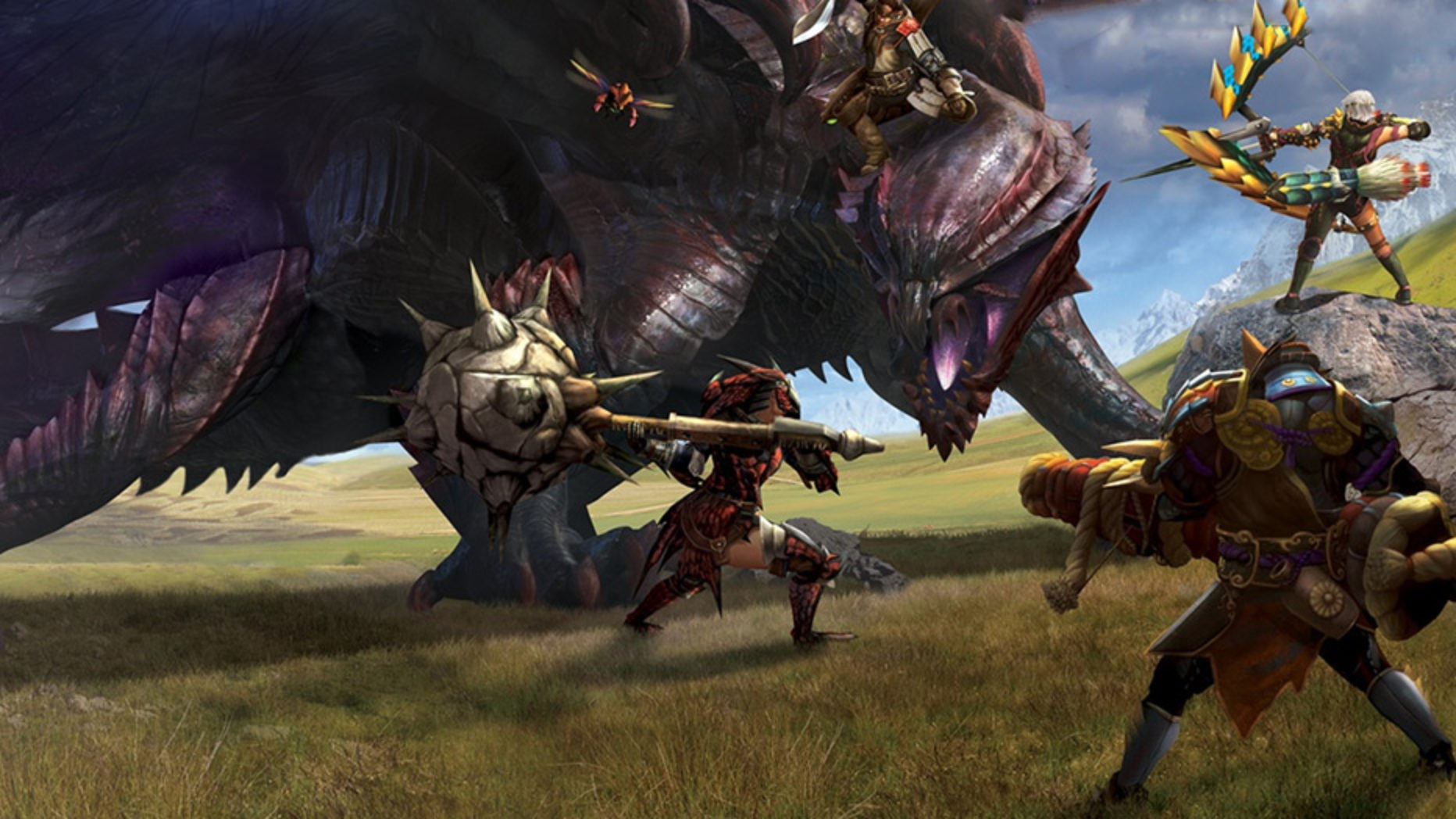 What is it? Players hunt down a wide variety of vibrant and creative monsters with over-the-top Japanese style weapons and gear.

Monster Hunter 4 is in essence exactly the same as Monster Hunter 3. There’s a new story, loads of new monsters, new locations and new weapons but the core gameplay elements remain intact. This isn’t a bad thing though; this formula works and there’s more than enough to give you triple digit gameplay hours in Monster Hunter 4.

Monster Hunter is known for its steep learning curve that yields a deep and fulfilling game to those who push through. The monsters come without health bars or glowing red weak spots; Hunters have to study their targets, observe their movements and spot clues as to when the monster is ready to be trapped. No matter how strong your armour or weapons – if you don’t know what you’re up against even one hit from a monster can be your demise. It doesn’t take itself too seriously, but at the same time maintains a stern difficulty curve.

Monster Hunter 4 upgrades a couple of technical aspects. Players can finally connect to online multiplayer games directly from the 3DS (instead of piggybacking off of a Wii U) and the load and save times have been cut in half. It feels more like an exclusive 3DS title than a Wii port.

Monster Hunter 4 provides the same experience as the previous games but with more monsters, more gear and new locations. Even though it doesn’t stray too far away from it’s predecessor it remains an epic adventure that you’re bound to lose yourself in.