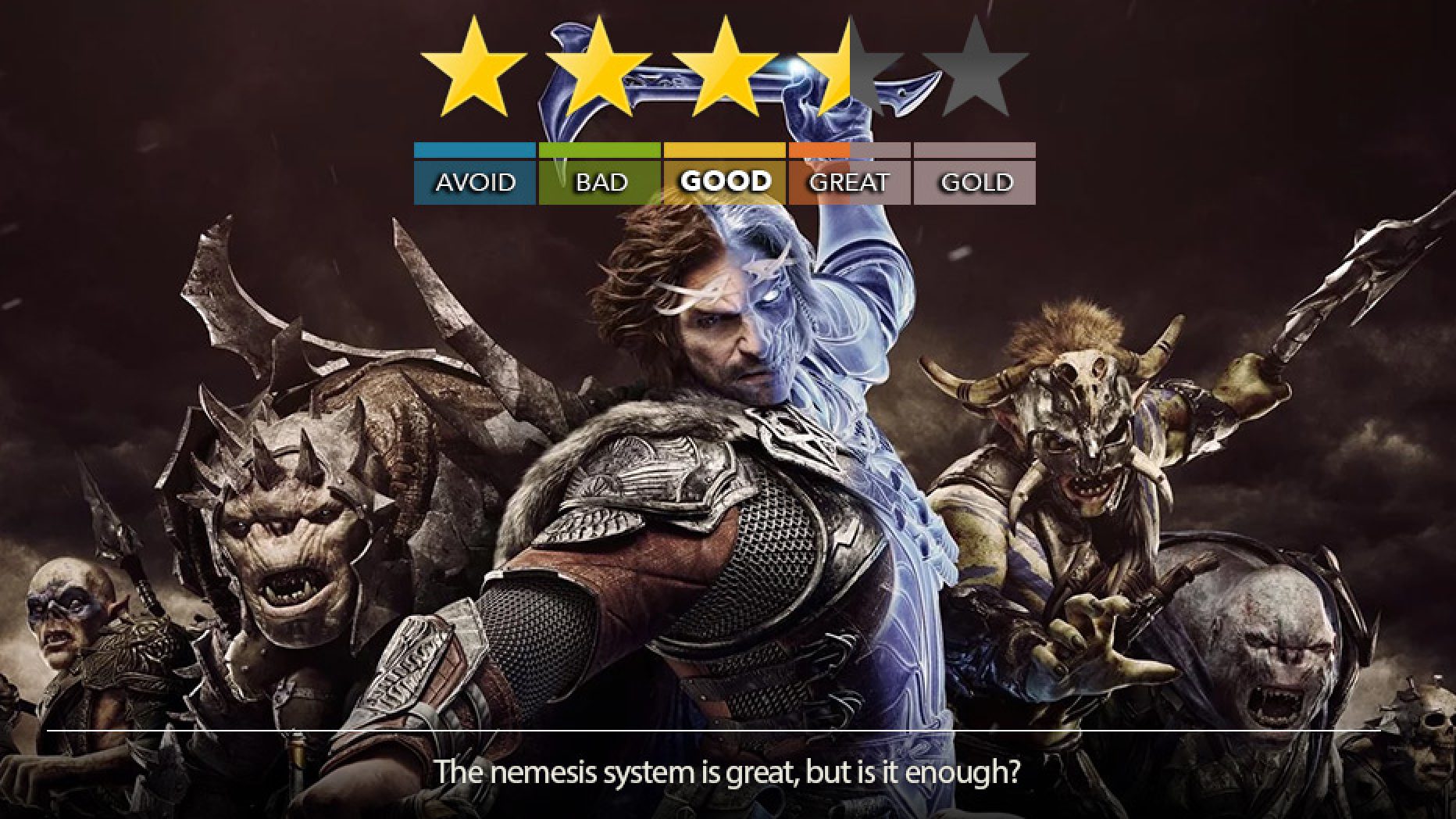 What is it? Set between the events of The Hobbit and The Lord of the Rings, ME:SOW is an open-world third-person action game where you play as Talion, a man who has had his spirit joined with an Elf Lord / Ring Wraith, and has now forged a new ring to build an army against Sauron. – Reviewed on PS4

Verdict: Good, not great. There’s a lot to like and the nemesis system is really great but I wish that the game built around it was more interesting and engaging.

Middle-Earth: Shadow of War continues on from where the previous title Shadow of Mordor left off. You are still essentially the John Wick Bogeyman of Mordor and you are there to strike fear (and various sharp objects) into the hearts of Sauron’s army.

While comparisons aren’t always the best approach, it feels almost impossible to play SOW without immediately comparing it to titles like Batman Arkham and Assassin’s Creed, and that’s because it does feel like a Tolkien themed mash-up of those two in so many ways. Unfortunately, Shadow of War doesn’t seem to pull off the best parts of either of those other titles quite as well as they do, with combat not feeling as responsive or as hard-hitting as Batman, and the movement, climbing and stealth feeling overly familiar and yet not nearly as polished as the Assassin’s Creed titles – also often leaving me incredibly frustrated and even severely punished in the game due to clunky feeling controls.

On the plus side, the much hyped nemesis system adds an incredibly fun and unique element to the game by putting enemies in a hierarchy that you need to work through. It offers a range of cool experiences, from promoting random Orcs that kill you to Captains, interrogating “worms” to identify Captains’ strengths/weaknesses all the way to strategic use of using your own brainwashed Orc captains to do things like betray a superior, or serve as your bodyguard. Encounters are often incredibly unique and the the environmental factors such as fire, poison, beasts and more can be used very strategically against your foes’ weaknesses.

All of this isn’t for nothing though as it all works into the major goals you have to control an area and launch sieges [see videos below] against the enemy. This system is by and far the best part about the game, and the major feature that sets it apart from other familiar titles despite all other similarities. With the game also packed with lots of little side-missions, collectables, skill upgrades, gear and more it’s clear that it’s designed to take up a lot of time and give those who want it a lot to do and grind through. For me personally it leaned more towards feeling like a chore, but fans of grinding or even someone looking to only dedicate lots of time to one game may feel very differently, so keep that in mind. It is a shame that the story itself doesn’t hold a candle to Tolkien’s works, and if I must be honest, the hero of the game comes across as a bit of a plonker.

I found that for every great and unique moment I experienced in Shadow of War it was always met with another equally frustrating moment to bring me back down, and as a result my feelings on the game never stood still. Some moments had me excited and impressed with the incredibly unique experiences brought on by the nemesis system, while others had me threatening to rage quit as a Captain got the better of me because my attempts to flee were foiled by the control scheme deciding I should rather hang onto the horse cart next to me instead. As a last note, Shadow of War got a TON of flak for the lootbox system that was included and while I’m not a fan of them, I can very honestly say they rarely featured in the game and I in no way felt like their presence compromised my gameplay experience.