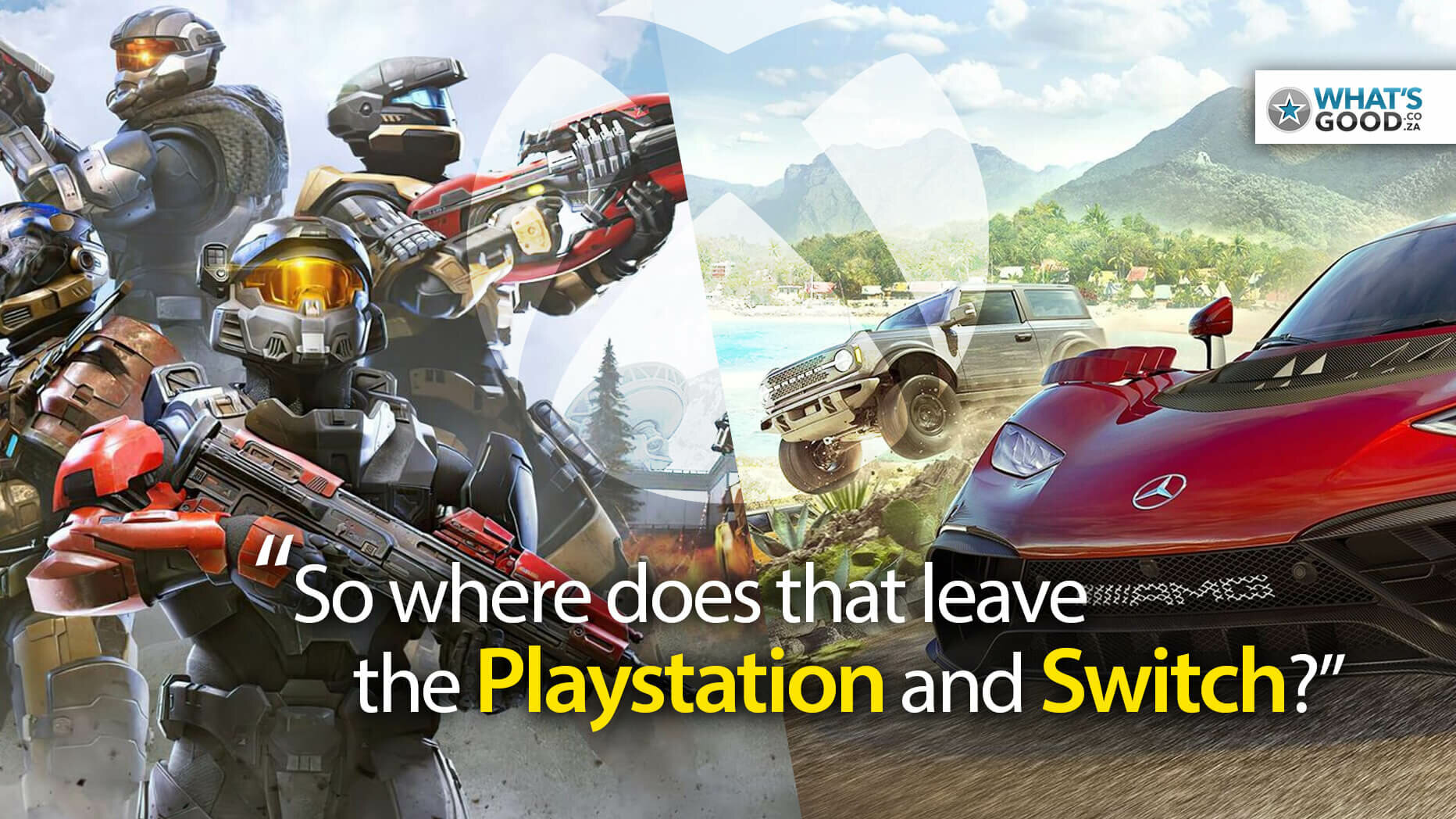 I’ve been incredibly impressed with both the Xbox Series X and the Xbox Series S since they launched in the midst of the pandemic in 2020. The consoles are just one small part of the story though, as we all know that the real push from Microsoft isn’t on the hardware, but rather their Xbox and Game Pass services on current-gen, previous-gen, PC and Cloud-based platforms.

While Game Pass has been nothing short of spectacular so far (Psychonauts 2 was so good), the heavy hitters have finally been unleashed – and they’re fixin’ to throw a few haymakers.

So what does this mean for Sony and Nintendo?

Show Me The Horizon

First off, Forza Horizon 5 has finally arrived, and boy what a splash it’s making, receiving critical acclaim and winning the hearts of gamers the world over.

Incredible visuals, great gameplay, tons of things to do and a large multiplayer and “seasons” component. Even better, the whole damn thing is included at no extra cost on Game Pass. It is, quite frankly, insane value for money.

To Infinity and Beyond

The delay of Halo Infinite as a launch title was a huge loss for both Xbox and for the fans, as it left the console without its big first-party showpiece, but if Cyberpunk 2077 has taught us anything, it’s really not a bad idea to push a game out a whole lot if it’s going to secure a really solid end-result.

So here we are, one year later and while the Halo Infinite campaign is still a little way out, the free-to-play multiplayer component was shadow dropped at the 20th Anniversary Event, and has hit the ground running. 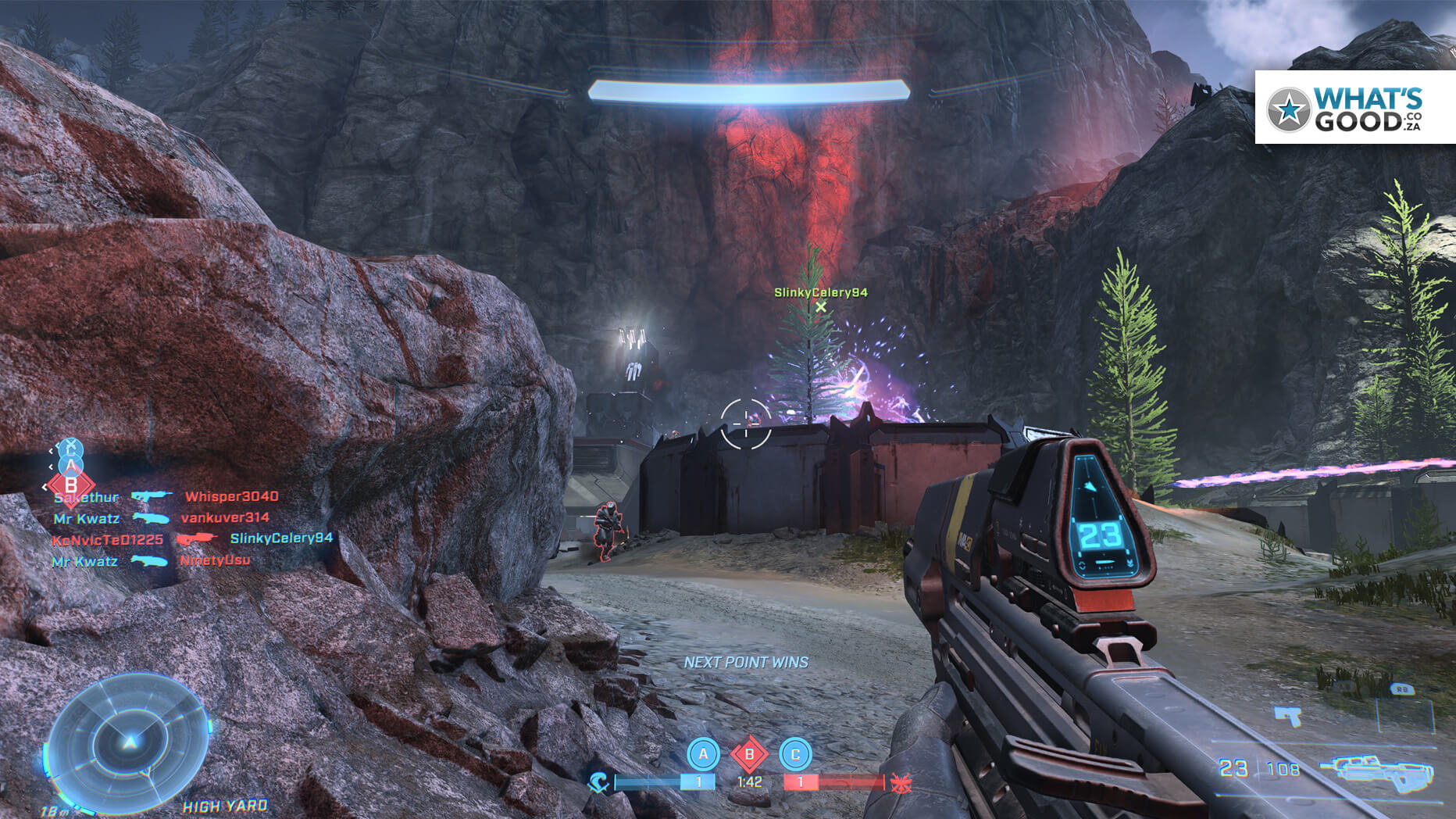 The Halo Infinite beta was well received, and while I’ve only had the chance to play it for a limited time since the shadow drop, I’m so impressed at how much fun it is right off the bat. I simply can’t wait to jump back in and play more, and the upcoming release of the campaign is very much exciting as well, although the lack of cooperative mode at launch is a huge bummer.

This is even more notable when Call of Duty: Vanguard recently launched in an abnormally low-key fashion, with sales down a whopping 40% lower than last year and Battlefield 2042 looks like its got some way to go before all its kinks are worked out.

With Halo releasing as free-to-play, its real competition might be more along the lines of games like Apex: Legends and Fortnite, both of which are massively popular and lush with ongoing support from their developers.

When it comes to Forza Horizon 5 there’s also not much out there right now that can really go toe-to-toe with it. The Need for Speed series isn’t doing anything at the moment, while the new Test Drive, which can arguably be looked at as Forza Horizon before Forza Horizon came out, is still on its way and has a lot of work to do to go up against Microsoft’s behemoth. While not strictly in the same category, the new Gran Turismo hits next year and that’s almost certainly going to be a great title for racing fans. For now though, Forza Horizon 5 has some very clear air to breathe in.

So where does that leave the Playstation and Switch?

One thing is for certain, Xbox as a platform is showing us how it’s done right now. The value gamers are getting is unbelievable, and I mean that quite literally.

Does this mean that Sony and Nintendo are quaking in their boots? Well, no, because as many of you know, it’s Microsoft who has a lot of catching up to do. Does this mean that there isn’t a lot of pressure on them to up their game? Well, no again, because loyal fans can’t help but peak over the fence and see what the Xbox people are getting, and wonder why they aren’t getting the same great deal. 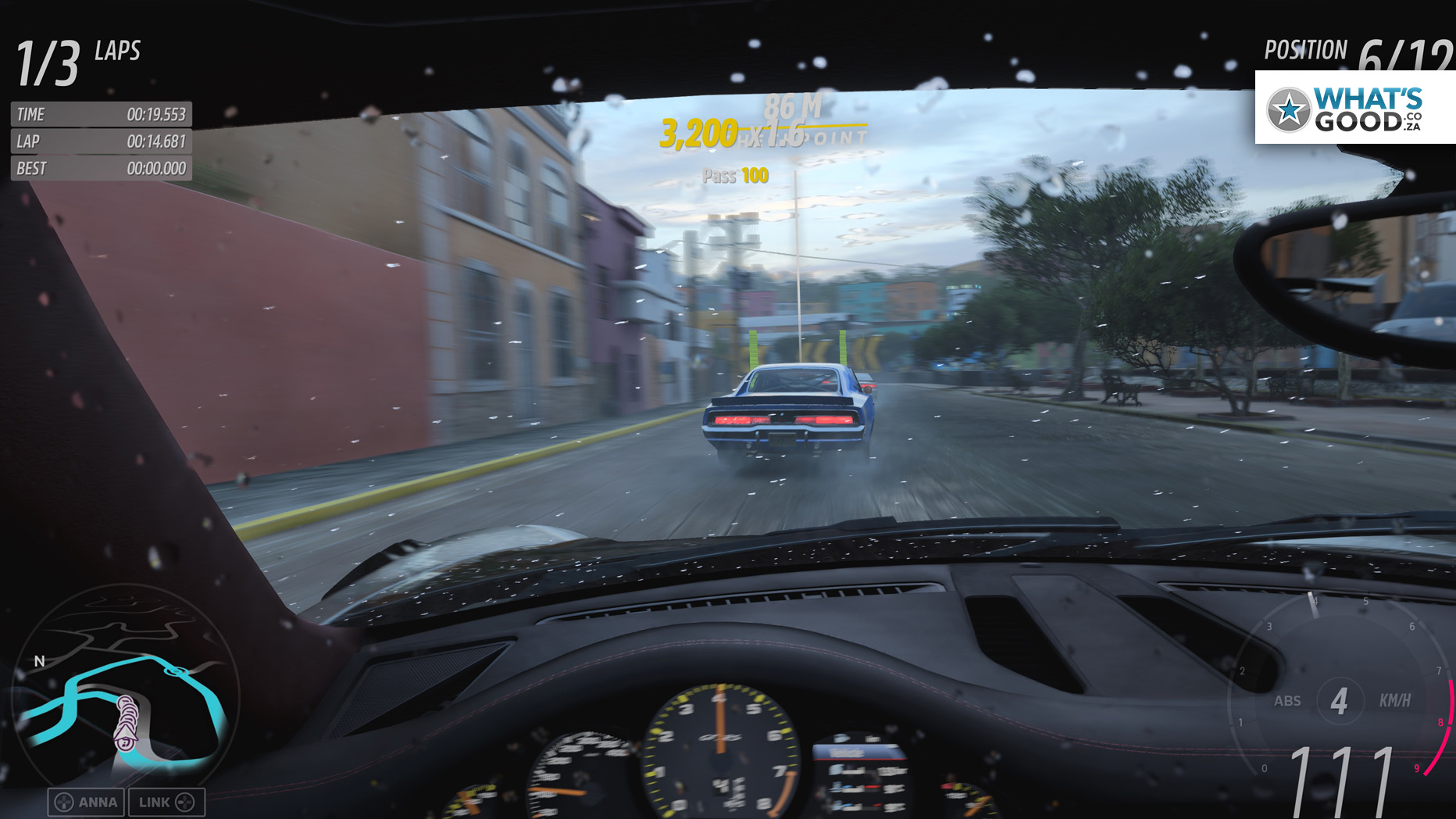 Sony and Nintendo can both completely still lean on the fact that their stable of games are top-shelf. Nintendo just recently released the magnificent Metroid Dread (which I loved to death – my review here), and Sony has Horizon: Forbidden West on the way after already releasing a few crackers in 2021 which includes Deathloop, Returnal and Ratchet & Clank.

As far as online services as “Game Pass” levels of value, they don’t yet have a real solution.

Remember, This is a Good Thing

Microsoft’s insane push to give gamers unreal levels of value comes from their desperation to right the wrongs of the last generation, and win the market back. This puts further pressure on both Sony and Nintendo to explore similar avenues.

As well as the push with Game Pass and solid hardware, Microsoft has also been pressured into producing some top-shelf games of their own, the likes of which can go toe-to-toe with titles like The Last of Us, God of War, Ghost of Tsushima, Breath of the Wild, Super Mario Odyssey and more. The ball is in their court and it looks like they’re pushing hard. In the end it works out better for all of us.

To quote Microsoft, “When everyone plays, we all win”.