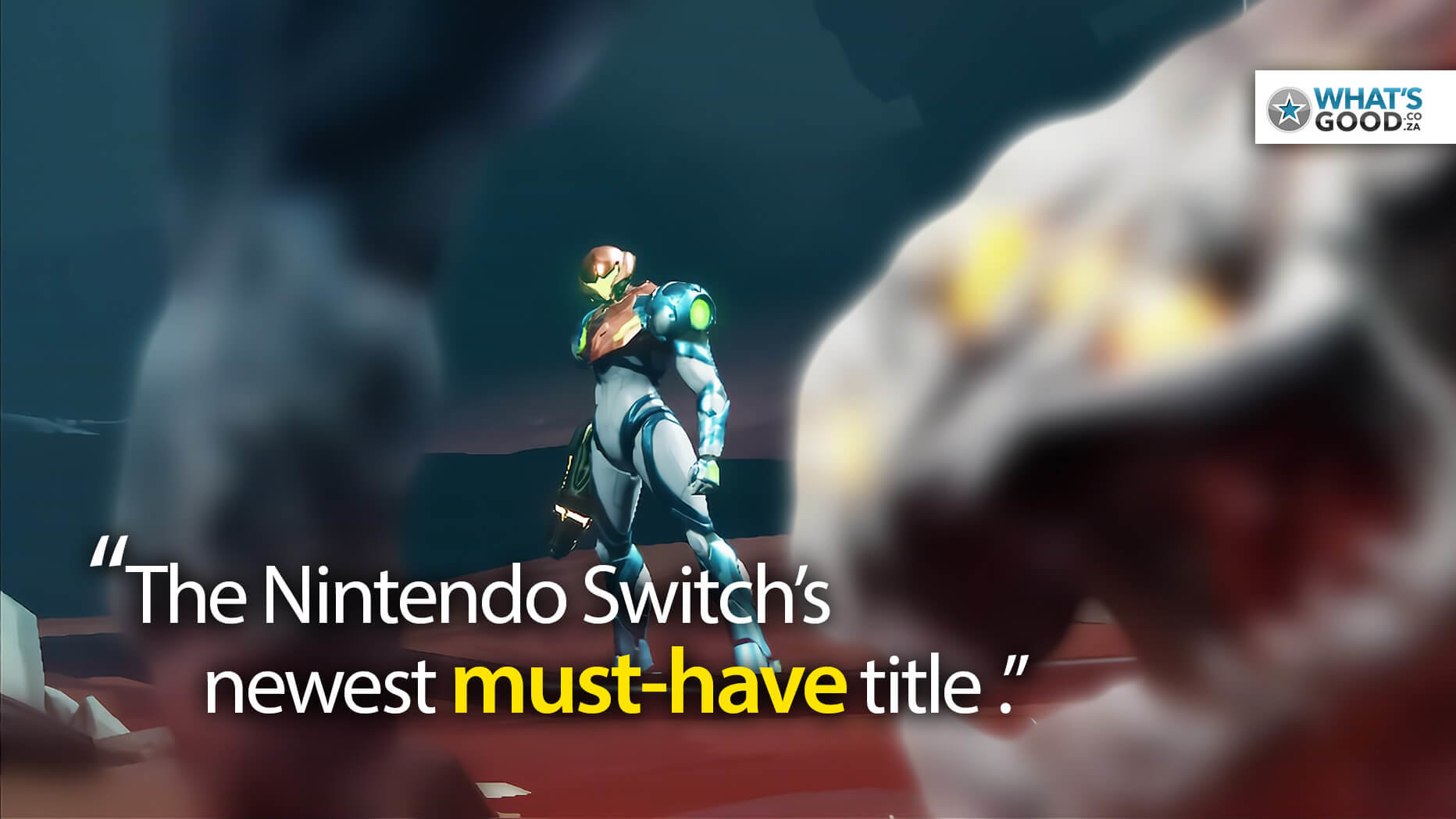 I’ve been obsessed with Metroid Dread over the course of my 15+ hour play-through. The combination of clever level design, rewarding exploration and slick combat is handled like art being crafted by a true master of the form.

When the name of your game is partially used as the name of an entire genre (Metroidvania) it helped create, then it’s safe to say that fans’ expectations are going to be high.

I’m fairly inexperienced when it comes to Metroid, with my only real exposure being a bit of the SNES Metroid I played on my Switch and some past experience with Metroid Prime hunters on Nintendo DS and a handful of other Metroidvania games. I know it doesn’t technically count as a Metroidvania, but I was also pretty obsessed with Dead Cells on my Switch (read the review here).

I’ll be honest, I thought Metroid Dread looked pretty cool, but I really didn’t imagine that Samus’ new adventure was going to be an unexpected Game of the Year contender. It most definitely is – because it’s incredible.

The level design and structure isn’t just brilliant though, what’s far more important is that the exploring the world in this way is huge amounts of fun – which is the reason we’re all here. The sheer amount of enemy types is stunning too, equalled by the staggering amount of abilities you unlock over the course of the game – which only makes the level design feel even smarter.

Some of the later collectibles are more like skill-based puzzles, which require you to first figure them out and then make use of various abilities you have to actually pull it off. The challenges as well as some of the bosses can be tough (but fair), but it’s so much fun if you’re into it. You can find out more about Metroid Dread’s gameplay by watching their own overview trailer (also embedded below the review).

Speaking of tough, one of the things fills Metroid Dread with… dread, are sections where these near-indestructible robots called E.M.M.I.’s hunt you, and your only choices are to hide or run. These sections led to some really hairy experiences, and often required many attempts to complete. 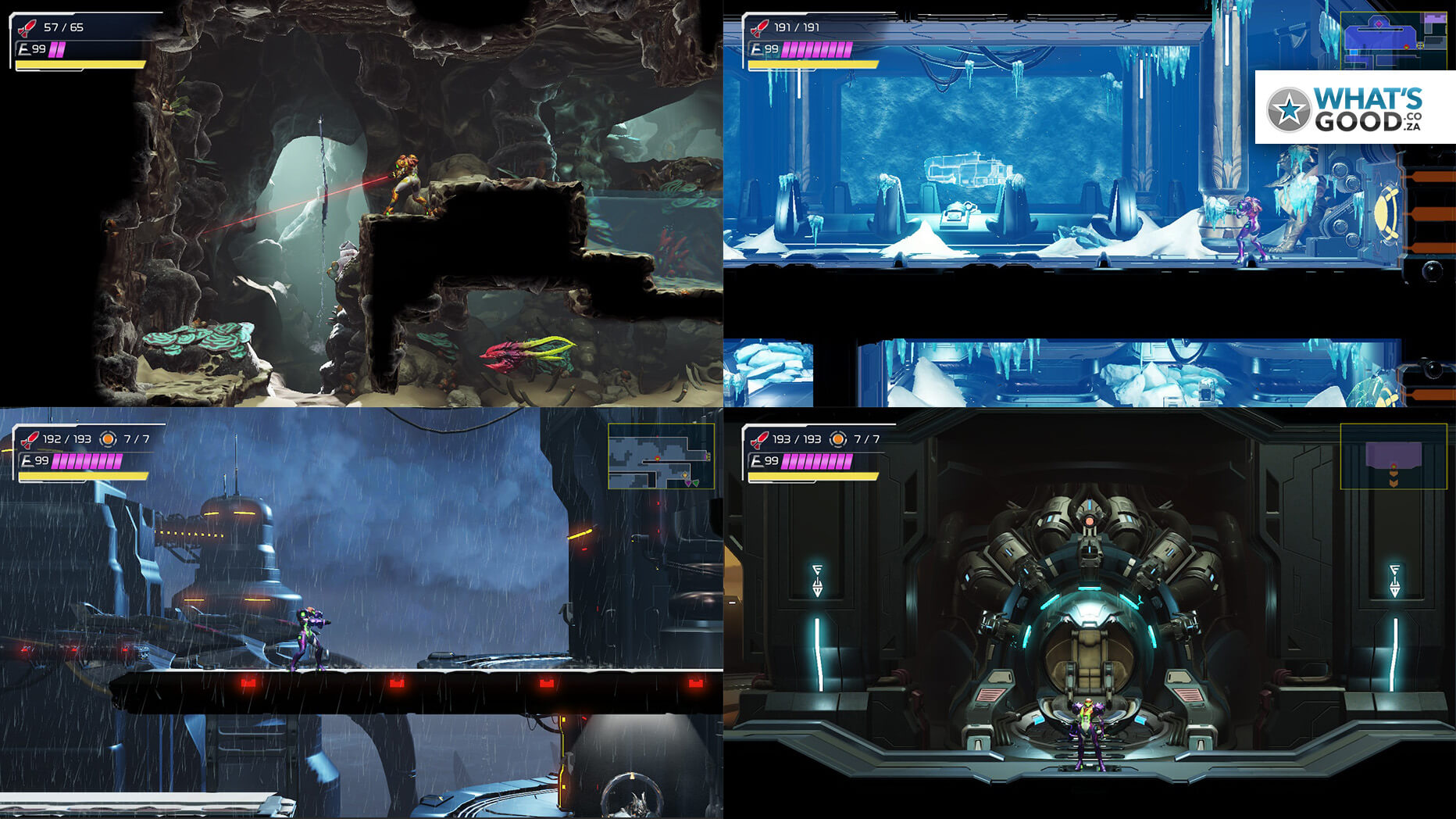 I wasn’t sold on the visual style the first time I saw the reveal trailer either, but seeing the game in motion session after session changed my mind completely. The different areas of the game world are filled with depth and detail, and the smooth 60fps makes the motion and gameplay feel super slick as well.

Not at this Rate

That is… when the frame rate is stable. While the game runs smoothly most of the time, there were a few usually 60fps gameplay areas as well as 30fps cutscenes where the frame rate got really unstable and jerky – to the point that gameplay was affected. This issues happened in both docked and undocked modes, which was a bummer, but really, it’s my only gripe with the entire game.

Metroid Dread is the Nintendo Switch’s newest must-have title, delivering hours of pure gameplay joy that’s complimented by great art and level design. It’s on my list of Game of the Year contender, and can’t recommend it highly enough.