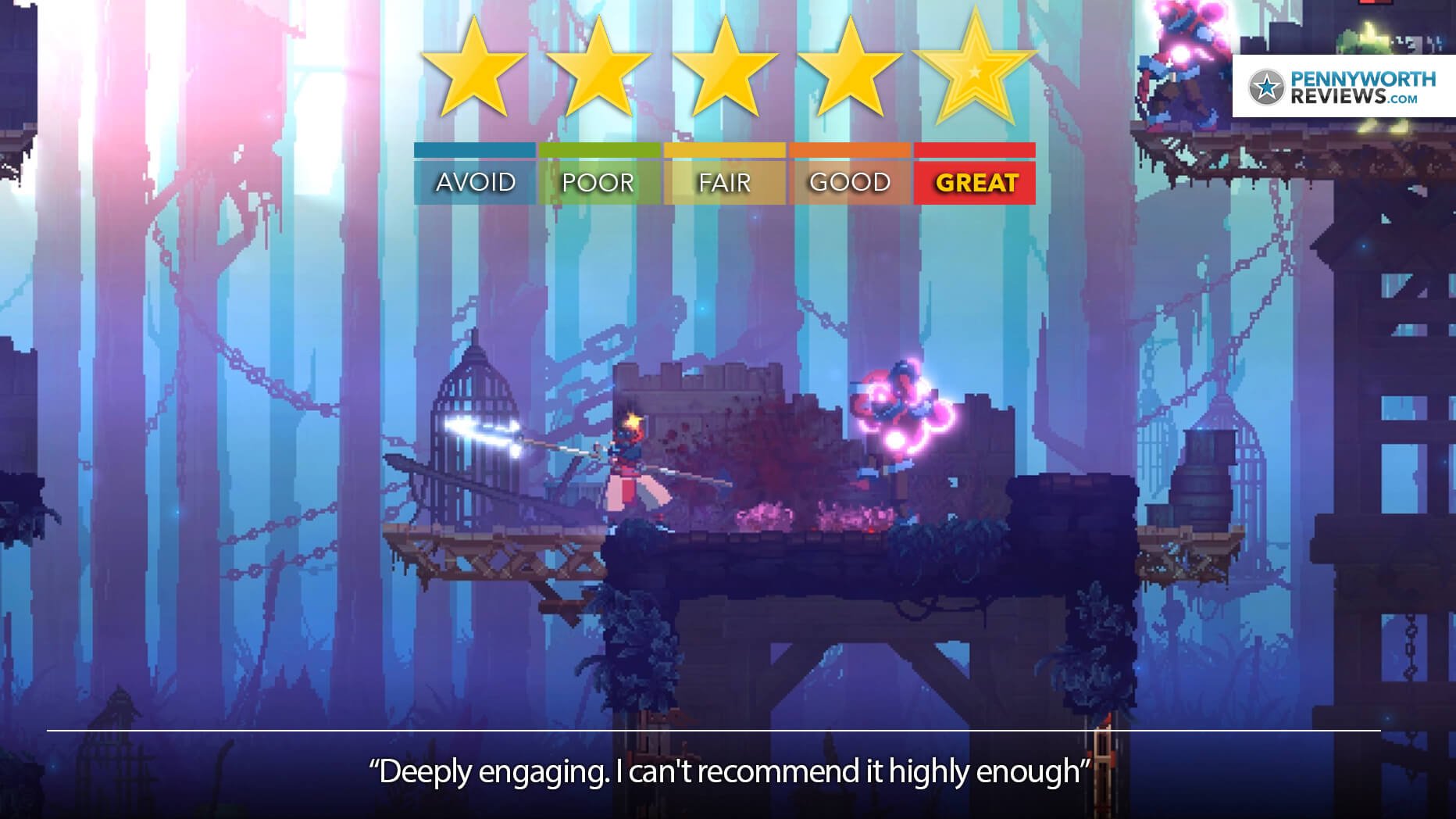 Dead Cells is a GOTY contender and belongs on the Switch

What is it? A great looking side scrolling retro Action RPG that has you playing through randomly generated levels from the start every time you die, but allowing you to keep unlocks and abilities so that you eventually make it all the way through the levels and bosses  – Reviewed on Nintendo Switch / Available on almost everything

If you didn’t already know about Metroidvanias and Rogue-Lites, Dead Cells is a bit of both, with a dash of Dark Souls and a truck load of style. When I started playing Dead Cells I was hoping for something that sort of channeled the good time I had with Castlevania: Symphony of the Night and Rogue Legacy – and I wasn’t left disappointed at all.

Dead Cells is just so damn slick. The retro visuals channel what I think games used to look like when I was a kid, while delivering something that’s actually really beautiful, also backed by some notably great music. All of this is just the wrapping for gameplay that is every bit as fluid and fun as the visuals. The game design and upgrades let you play how you want, and combined with excellent levels and a solid randomisation system have kept me engaged for dozens and dozens of hours as I got better at the game while my hero unlocked more health options, skills, areas and equipment. Die, and you start all over – but with more options and potential.  The progression is wicked-smart, and makes the game experience get better and better over time.

Dead Cells is also just right at home on the Switch. It’s great for some short stints to the next checkpoint, or for longer sessions on the couch in front of a big TV. It suffers from some performance problems at times, but they are rare and so I really can’t imagine wanting to own it on any other platform.