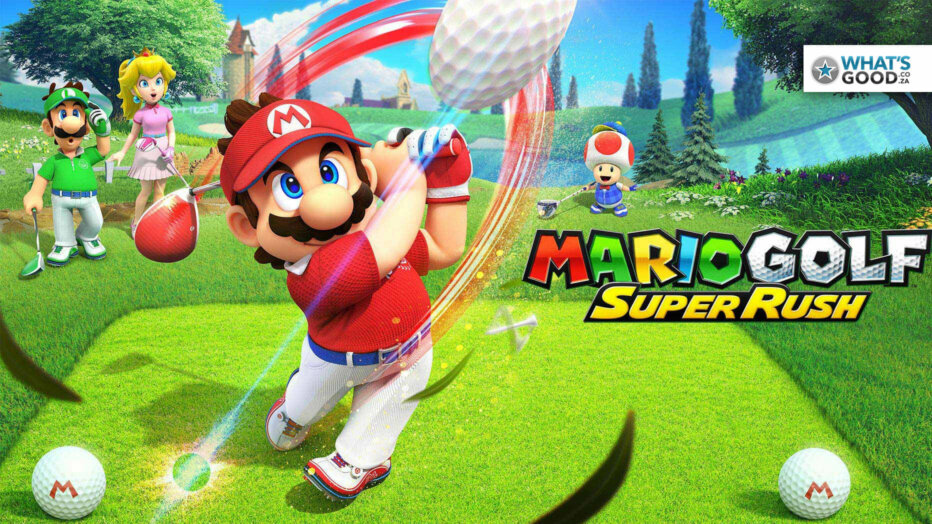 Mario Golf: Super Rush heads to the fairway but gets caught in the rough

It’s time for another Mario Golf from Nintendo, and the first Mario Golf we’ve seen since World Tour released on the 3DS in 2014.

So here’s a little secret about my past with Mario Golf; I originally bought it on 3DS because I was a huge fan of Everybody’s Golf, which some of you might know it as Hotshots Golf, on PSP, and was hoping it would scratch that itch for me once more. Instead, I initially hated it so much I actually enquired with the store about whether I could return it. They said no… so I was stuck with it. I had it, so I thought “what the hell” and kept playing it, only to end up falling head over heels for it.

Prefer to watch a video review? Here you go!

While it took me a while to get used to the differences between Mario Golf and Everybody’s Golf, I eventually realised that the charm of the game came from its quirky abilities and features that made it more than just a golf game – and so this is also where I find myself a little underwhelmed by Super Rush on Nintendo Switch. Don’t get me wrong, there’s a lot to like here, and the gameplay is enjoyable. It’s just that I feel like it plays things a little safe.

The new Super Rush mode adds a new element to the concept of Golf, with players teeing off and then rushing off to get to their ball. I just wish that there was a bit more to the “rush” element, like possibly something more like a Mario Kart race, with more use of powers and ways to trip up your opponents. I did however quite like a Battle Mode that was included that has everyone in an open course arena fighting to see who can get 3 holes first, complete with obstacles and abilities that mess everyone around. A cross country mode also offered a bit of a unique take on the usual formula by requiring that you plan the order in which you complete holes and navigate the course to finish under a certain amount of strokes.

The adventure story mode also offers some fun challenges and ways of playing, but again, it’s a little safe and even borders on being a little boring. I’m also sort of over the idea of using a Mii version of myself, when all the other Mario characters looks so much cooler. It feels like its about time that Nintendo upgraded their Mii system to a better looking system that offers more customisation and even lets you create Miis that look like they fit in the Mario universe better… but that’s a different conversation all together, and for another time.

Caught In The Rough

I was a little surprised to find that Super Rush is also a little rough around the edges visually. The rush element actually seems to have robbed us of nicer course-side camera angles of shots, and I was surprised to see the dynamic resolution take pretty hefty dips, leaving the game with very muddy visuals at times. It’s neat that it comes with multiplayer modes for both online and same room, and the ability to swing the joycon like a club goes down well with the young ones.

Mario Golf: Super Rush is still a pretty fun outing on the Switch, but fails to deliver anything wacky and creative enough to really make it stand out from other games you’ve played in the past. As a matter of fact, it gave me the urge to fire up my PSP or 3DS and play one of my past favourites again.