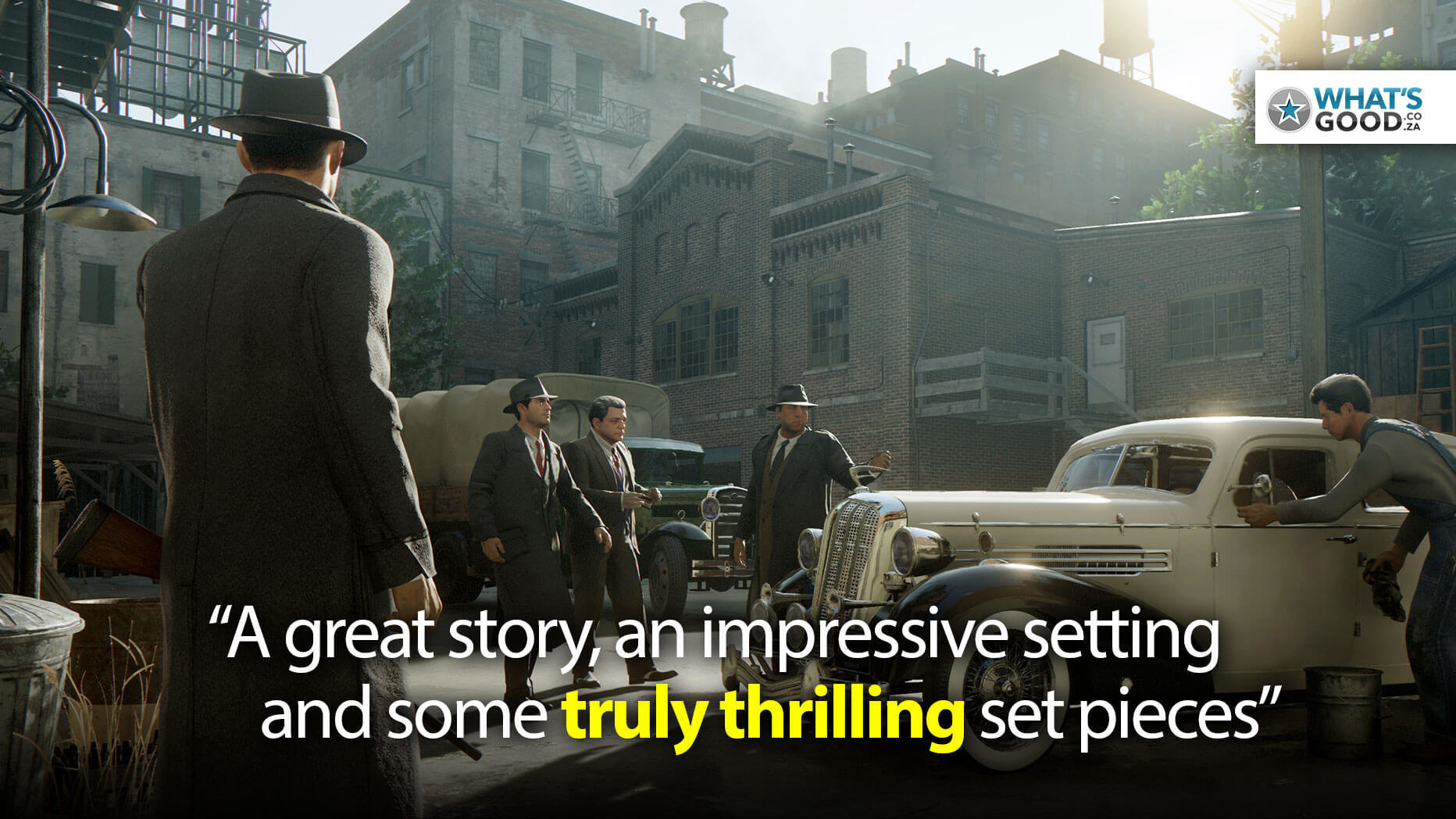 Welcome to the family

Mafia: Definitive Edition is a full remake of 2002’s Mafia, a third-person action-adventure in an open-world setting. You play Tommy Angelo, a cab driver that gets pulled into a crime family and works his way up over the span of around 10 years. Mafia: Definitive Edition is also a part of Mafia: Trilogy that is now available and also includes remasters (not remakes) of Mafia 2 and 3.

Verdict: A fantastic remake of an already incredibly game. Mafia: Definite Edition may not stand out as much as the original did in its day; but it’s still a gorgeous, fun, story-driven experience that’s worth playing.

I absolutely love 2002’s Mafia. It’s on my personal list of best games of all time and one of the fondest gaming memories I have. Games back in 2002 weren’t exactly known for delivering deep, well written stories, but when I saw the credits roll on Mafia, it felt like I had just finished a good book (and that’s what I’ve been telling people for years).

For clarity’s sake, I should mention at this point that I thought Mafia 2 was… okay but nothing that special, and after hearing some horror stories I skipped Mafia 3 altogether. So it’s possible that you’ve already seen some features that I consider as new, so keep that in mind.

Mafia: Definitive Edition changes things up quite a bit. While the major beats of the story remain the same, and the gameplay still involves shooting and driving, It’s a proper remake and not just some (incredibly impressive) graphics overhaul.

There’s new voice work, new dialogue and new character models; and I found myself enjoying the expanded and well-directed cutscenes just as much as the gameplay. Like before, the game might be set in an open-world, but it’s in no way an open-world / sandbox game. Missions usually consist of cutscenes, driving somewhere, stealth or gunplay and then some more driving / cutscenes.

Combat is now closer to Mafia 2 and 3, working as a cover-based shooter with occasional bits of stealth and melee combat. What I really enjoyed about the gunplay is just how tricky and imprecise it felt. Hitting enemies it tough, very much like how grouping shots in real life is tough, and the genius of it all is that shootouts draw out a little (in a good way) and offer a real Hollywood feel. 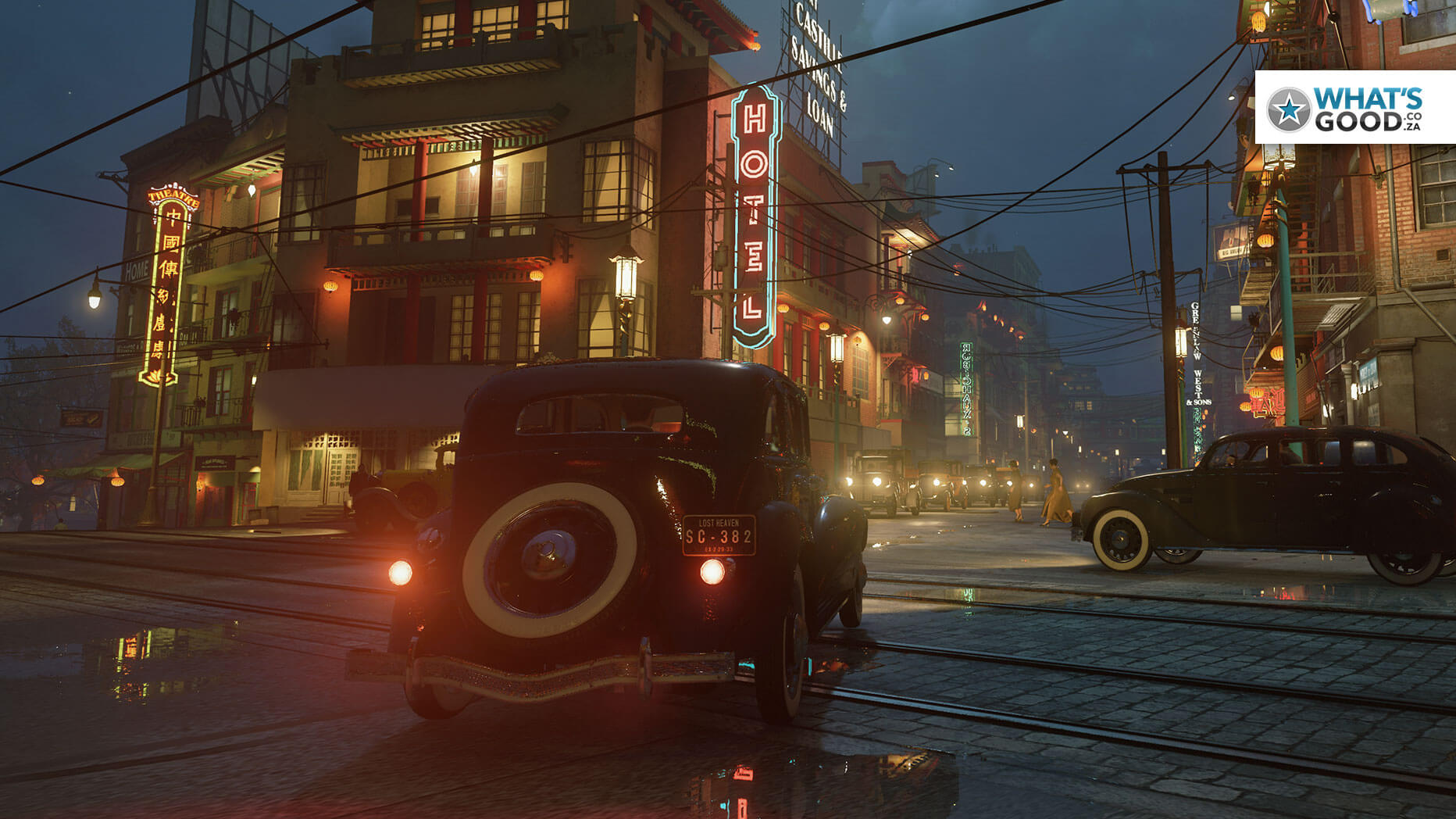 The story has also been fleshed out in areas, and some missions have even had a bit of extra bits added on. The driving feels as good as it did back in 2002, offering up an impressively realistic feel for cars from the 30s. The lower speeds work well with the trickier handling, and found some of the car chases and police pursuits to be exhilarating and reminiscent of the Driver games from back in the day.

Gonna Make Him Some Options He Can’t Refuse

It must be noted that Mafia: Definitive Edition has some really decent and interesting difficulty/convenience options for you to choose from. You can choose for the cops to not be as a problematic as the original when it comes to running red lights or speeding, you can set driving to casual or simulation modes and you can even opt to skip long drives from missions.

I wouldn’t recommend it though, as the driving is the primary way of fully connecting with the time period and setting – and the really gorgeous visuals and great 30s radio soundtrack really helps.

Mafia: Definitive Edition isn’t the longest game, weighing in at only around 10-12 hours and spanning 20 main missions. There are some other things you can do, but nothing substantial and for someone like me who was looking for something to keep me solidly engaged in a story without too much of a time investment, it was perfect.

Enjoyable gameplay, a great story, an impressive setting and some truly thrilling set pieces means that while it would be almost impossible to have loved Mafia: Definitive Edition as much as the original, it still does a great job of providing an entertaining modern way of experiencing it all again – one that hasn’t ruined my memory of the original at all.