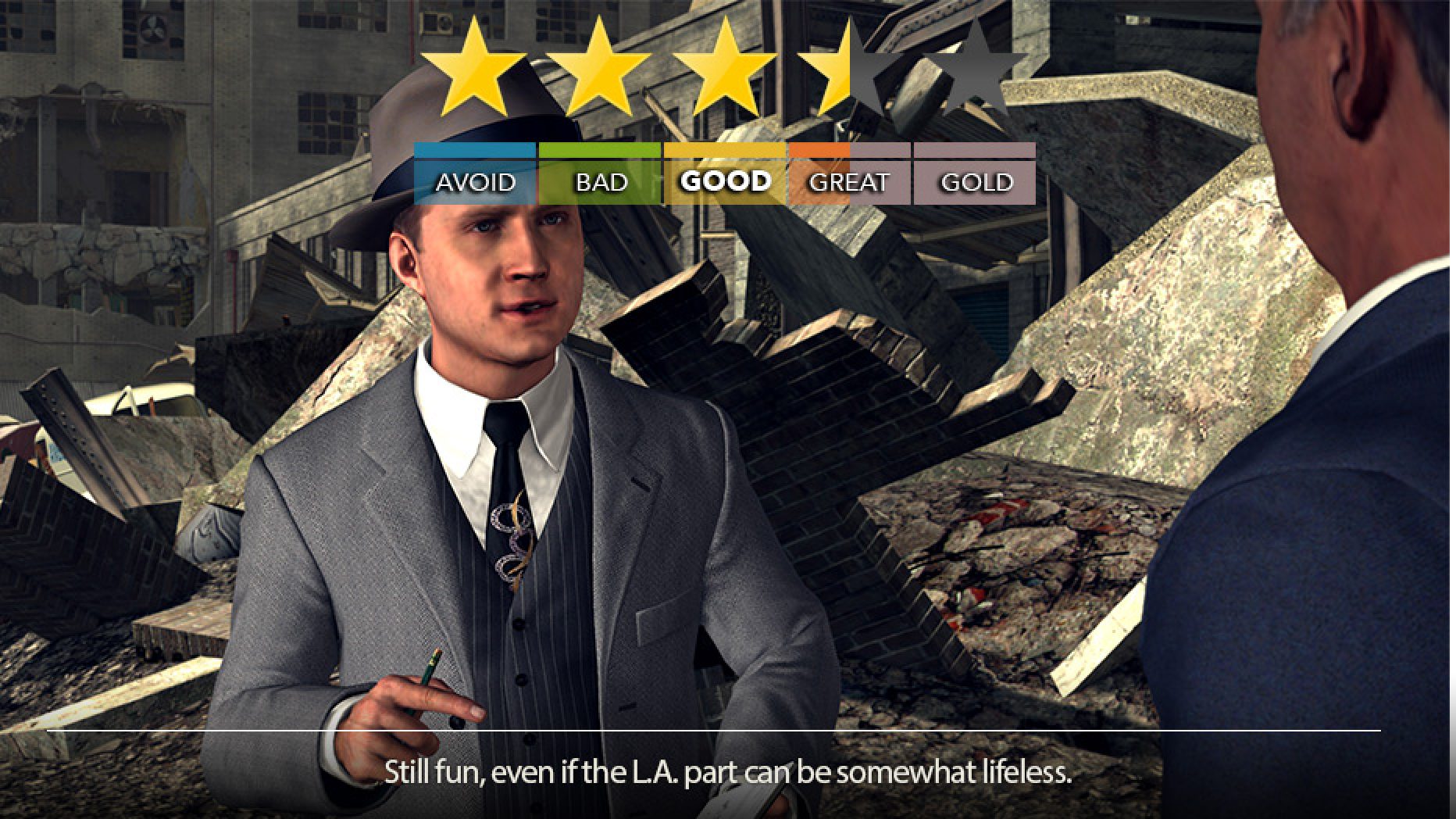 Six years later, L.A. Noire is still fun, even if the L.A. part can be somewhat lifeless

What is it? A remaster of the open-world crime action adventure which includes the base game and all additional content. As Cole Phelps, you rise through the ranks of the police force from being a beat cop to becoming a detective in the Traffic, Homicide, Arson and Vice departments. Investigation, interrogation and using your intuition are vital to your ascension up the ladder. – Reviewed on PS4

L.A. Noire is a decent package for both newcomers and returning players alike, especially since the game features all of the previously released content in addition to receiving a nice visual upgrade for the current gen. The method by which you investigate cases and interview witnesses and suspects work really well. The combination of this, the stellar voice acting and the impressive facial animations will have you paying close attention to determine if someone is being truthful, omitting information or downright lying.

The system has been changed somewhat to make the options more in line with Phelps’ behaviour and reactions when he responds to a witness or suspect. Cole himself also seems to be the most interesting character in the game. There are some other strong supporting characters here and there, but for the most part, they pale in comparison to Phelps.

Aside from the main cases, there are about 40 street cases to be solved, which pop up randomly. These are contained instances and don’t really impact on the story. Additionally, there are hidden vehicles to be found, landmarks to visit and suits to find. The latter have different bonuses and perks to aid you both in your adventures as a detective and as you navigate 1940’s Los Angeles.

As realistic as the rendition of L.A. is, the world still feels as empty as it did when the game initially released in 2011. There aren’t many activities to take part in as a break from your investigations. Even driving from one point to another can be a little tedious.