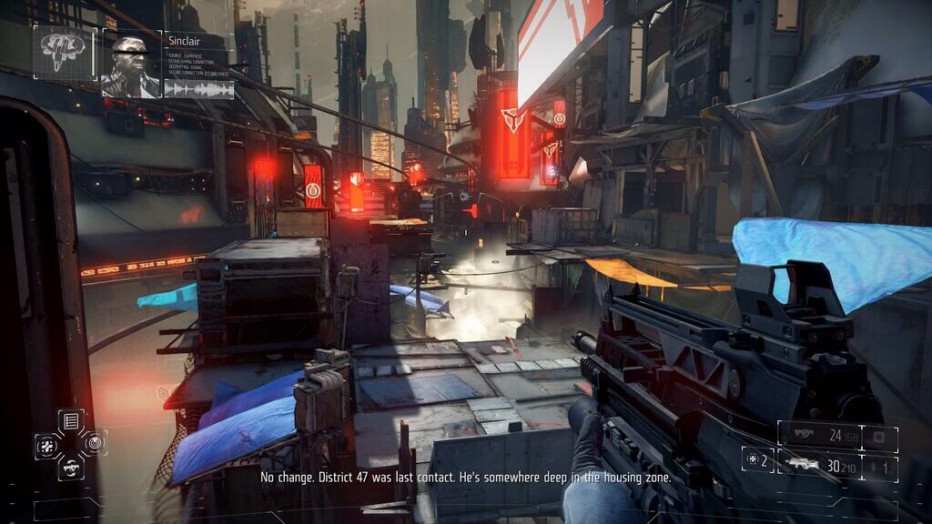 Shadow Fall takes the Killzone franchise into the next generation with a pretty, but painfully generic shooter experience

What is it? The fourth title in a series of sci-fi first person war shooters that are exclusive to Playstation consoles, and the first for the PS4.

If the Killzone franchise is famous for anything, it’s impressive visuals and for the most part, Shadow Fall is no exception. Despite having more lens flares than J.J. Abrahams could fit into a Star Wars trilogy, Shadow Fall does its best to fill your eyes with sweet eye-candy.

In terms of core gameplay, Shadow Fall has left it’s own unique brand behind and gone for something similar, but more generic that immediately feels comfortable to anyone who plays COD or Battlefield, but not in the good sort of way. What was once a heavier feeling shooter set in a gritty sci-fi war scenario has now been replaced with pretty colours and generic controls. Killzone’s unique multiplayer design also seems to have made an attempt at feeling like everything, when in reality it has managed to feel like almost nothing at all.

If Killzone ever had anything going for it, it was its unique atmosphere and feeling. Shadow Fall has neither, and as a result it disappears into obscurity. Decent, but nothing special.