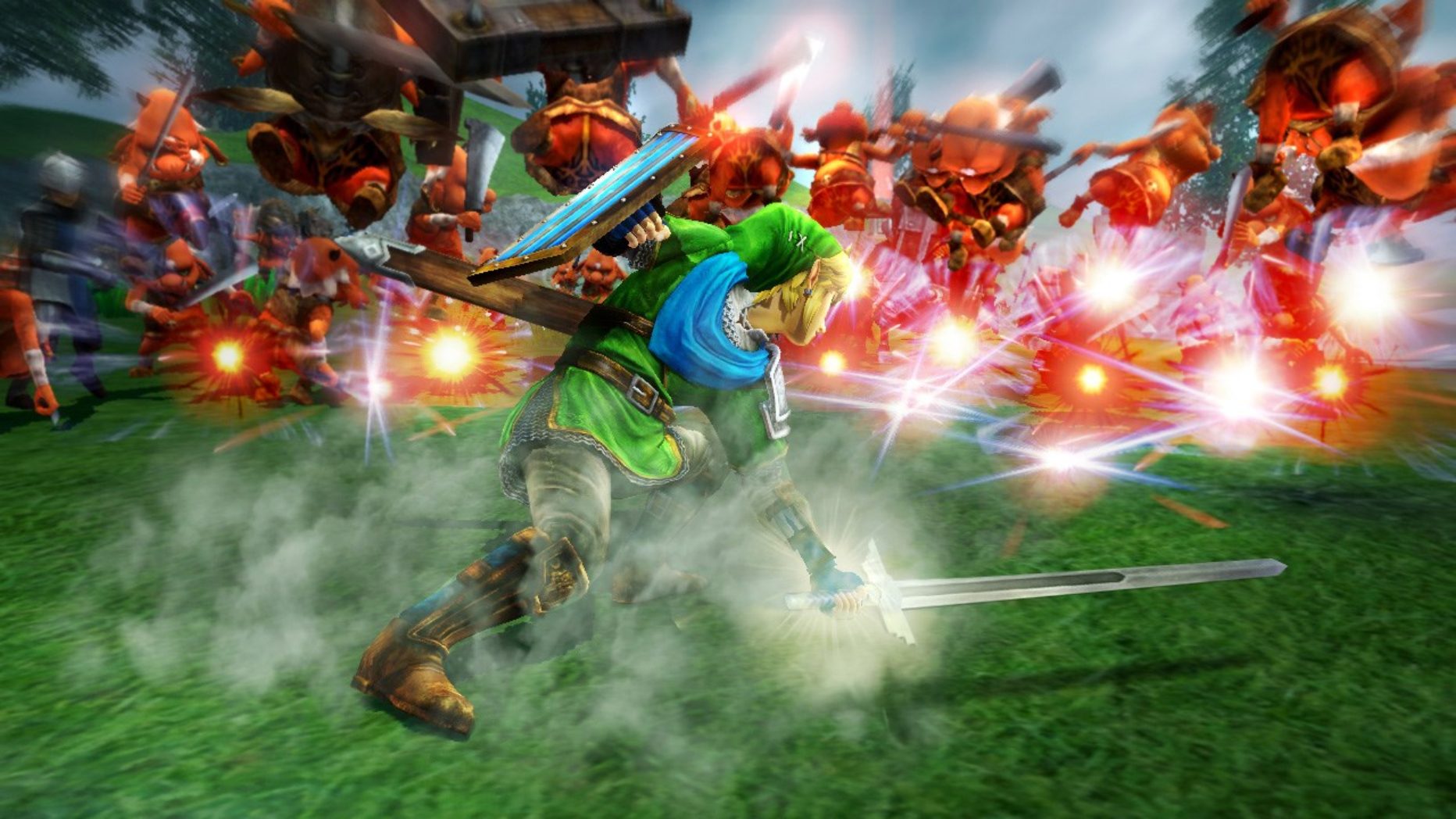 It’s the perfect entry point for newcomers to the Zelda Series or ‘hardcore’ gamers who have never felt the need to play a Zelda game. Loads of hack and slash action and plenty of Zelda nostalgia all round

What is it? A hack and slash crossover title between Nintendo’s Legend of Zelda series and the lesser known Dynasty Warriors series.

Hyrule Warriors combines the high action gameplay of Dynasty Warriors with the diverse cast and storyline of the Zelda universe. This crossover puts players into a map as one of 16 characters (all with unique moves and weapons) for a domination‐style match. Players have to fend off hoards of enemies while catching spawn points and completing constantly changing objectives.

It’s extremely satisfying to execute a dramatic over-­the-­top move that lands you a 100 KO combo, but there’s hardly any challenge from the AI enemies. While some larger monsters require more hits to overcome it’s pretty uneventful most of the time. Some popular Zelda bosses make their appearance but although they’re visually spectacular they tend to be a little too predictable. Furthermore there’s an overall sense of disorientation caused by a few dull map designs and the exclusive use of text‐based dialogue during intense scenes, which leads to entire conversations or objectives overlooked.

However the clever story, tons of Zelda characters and references from this popular universe creates a Zelda game that’s unlike anything out there and shows how far you’re able to successfully push an age-­old recipe.