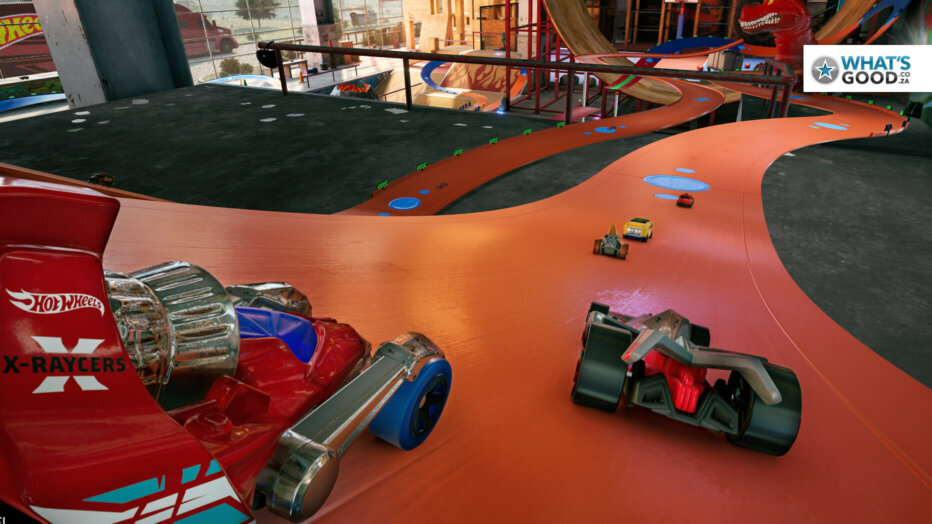 Hot Wheels Unleashed seemed like an obvious idea from the moment that the Forza Horizon 3 Hot Wheels expansion was released.

When the theory is put into practise, the ultimate result is a really nifty arcade racer that plays into its Hot Wheels aspects really well, but maybe also feels like it could use a few more fireworks to keep the fun levels up. The cars are modelled to look exactly like their original toy counterparts (for images check out their site here), and the end result is really nifty – with fun levels based on living room and garage setups to add to the joy. The cars feel different, and have their own pros and cons that range from speed and handling to how they boost.

A big plus is also that all the cars in the game can be earned and unlocked in-game, despite this game feeling like it couldn’t be more ripe for micro-transactions if it wanted to be. So kudos to them for that. They are delivering ongoing support and content, which is paid for – but it’s good to see content happening.

What’s missing is that while its fun to drift around to build and release boost, it isn’t quite enough to keep me fully engaged the same way that a game with weapons and power-ups like Mario Kart can.

Verdict: Hot Wheels Unleashed is good fun and a solid arcade racer, but it needs a bit of extra magic to make it something I’d wanna keep going back to for single and multiplayer.