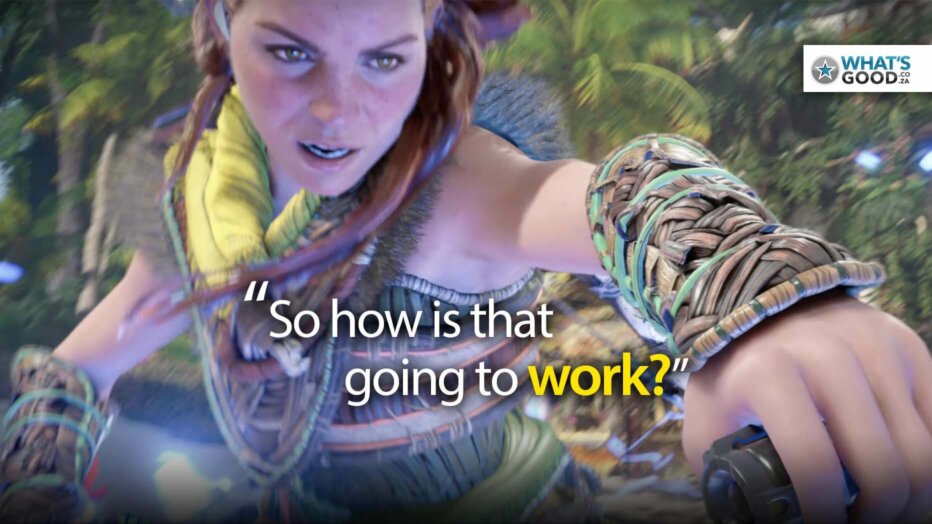 HFW will not just be coming to PS5 though, as it will be launching on PS4 as well. So how is that going to work? Well we now know that it is being developed and play-tested on PS4, but the big question remains: How different will the game be across the PS4, PS4 Pro and PS5.

We also now know that it’s going to be getting a performance mode on PS5, because as the first footage we posted about was running at 30fps. They were 30 damn sexy-looking frames per second weren’t they?

Nibel on Twitter posted up a bunch of bullet points about detail from the video as well as the video link from Eurogamer, here are the tweets and the video for you to check out.

So when is it going to come out? Well, we aren’t quite sure yet but everyone is hoping that the answer is still 2021.

Some interesting details re: Horzon's development

– a lot of the game has been developed on PS4 and is still being playtested on PS4
– PS5 version has a different water rendering technique than PS4 + more details
– The hero lighting on Aloy is only available in cutscenes on PS4 pic.twitter.com/Xx8zDoIXpU