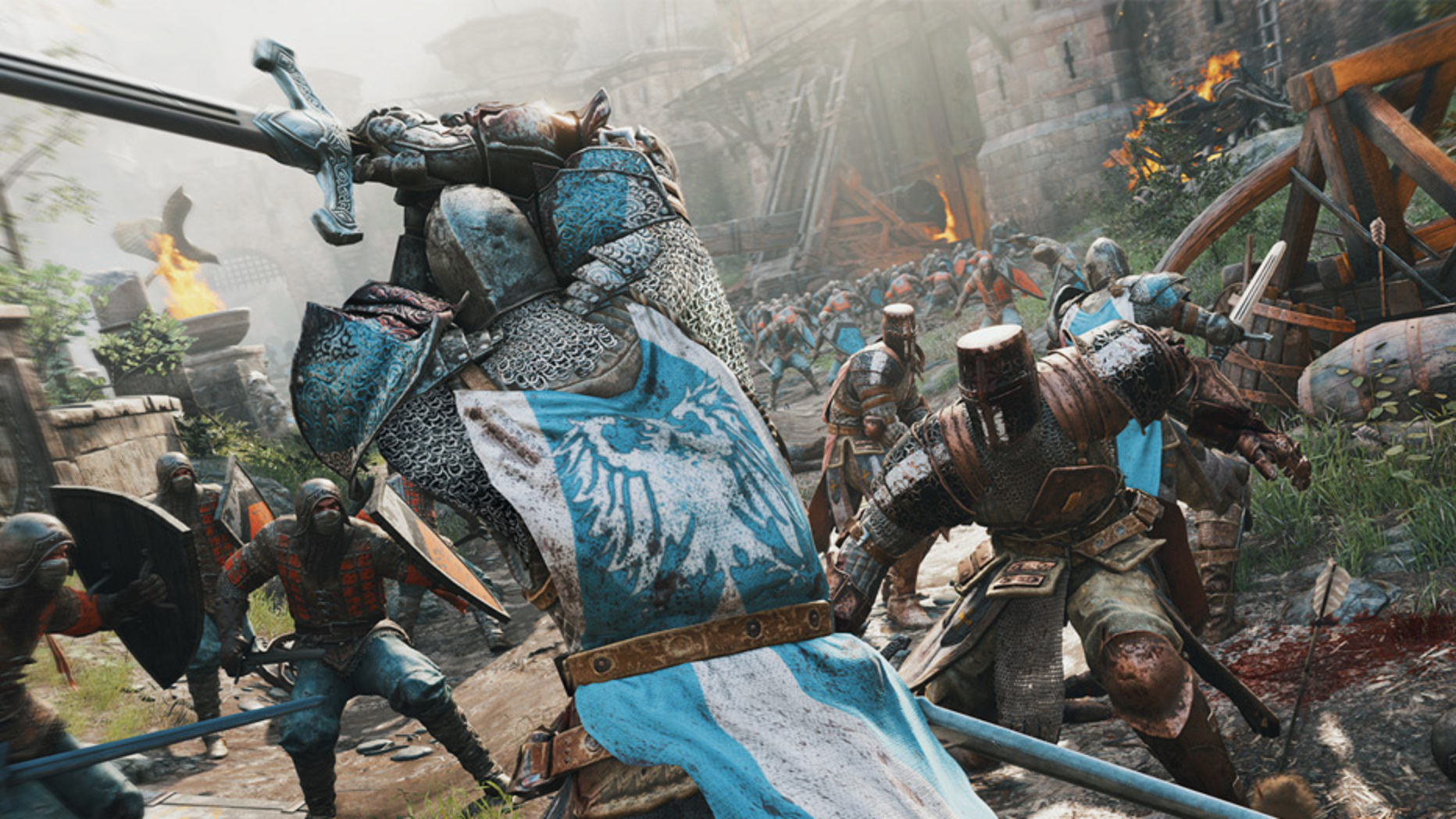 What is it? A grizzly, heavy hitting melee combat action game with a big focus on multiplayer. It includes modes that range from fighting-game styled duels all the way to team-based control point capture modes filled with both real combatants and computer controlled AI.  – Reviewed on PS4

Verdict: Intense but flawed – Multiplayer is engaging and fun (when it works) but the campaign is uninteresting. Good for a discount purchase later on.

If online shooters are starting to feel a little tired, or guns just haven’t been your thing all along then For Honor wants you to suit up with armour and prepare to get your hands dirty. Three factions are available to you and cater to pretty much any fan of this genre with the choice of Samurai, Vikings or Knights – each playing differently and also containing multiple classes that range from easy to advanced.

You are also presented with systems for gaining currency, unlocking more of the classes as well as getting gear, so there’s a little more to the game than just the actual campaign or multiplayer matches. It must be said though that the campaign mode feels pretty uninteresting and throwaway, and in many ways feels like nothing more than a by-the-numbers tutorial / filler to appease the “but, single player campaign!” crowd that won’t dish out for a multiplayer-only title. A shame really, when it’s so beautiful that it really makes you want something like this, just in… a proper full game. In any case, multiplayer is where it’s at.

For Honor might best be described as the lovechild of a few concepts and genres worked into something fresh and unique. The combat system revolves around blocking and attacking in 3 directions (up, left or right) combined with good footwork and some combos/abilities which will feel familiar to 3D fighting game fans, especially in duel modes.

However, when it comes to something like the frantic Dominion mode, the details dilute, the player-on-player combat becomes more about quick, slog-fests in the middle of battle and the action starts to take a page from Titanfall’s book by having the levels packed with AI minions engaged in battle, with the players acting as the powerful main hero characters that make short work of them. Now add a dash of Dark Souls and you’re good to go.

Whether it be in the very precise and heart-pounding duels or the incredibly atmospheric and engaging larger modes, For Honor definitely does deliver up something that is both unique and fun to enjoy with friends. It’s also incredibly good looking, with good sound to boot and also features some great sound and music – so there’s no issue in that department.

Matchmaking can be considered to be borderline broken at the moment, and while I had an on/off experience with it, many of those around me struggled immensely to find games… some almost never did. We also had games crash out due to network issues as well (thanks mostly we believe to the lack of dedicated servers) and we even had an occasion where something caused the framerate to absolutely tank for a while. So for that and a few others reasons, For Honor doesn’t quite hit the marks it needs to right now and so it feels well suited for a discount purchase later on to save yourself a few bucks on what is essentially a multiplayer game and also give them some time to work the kinks out.