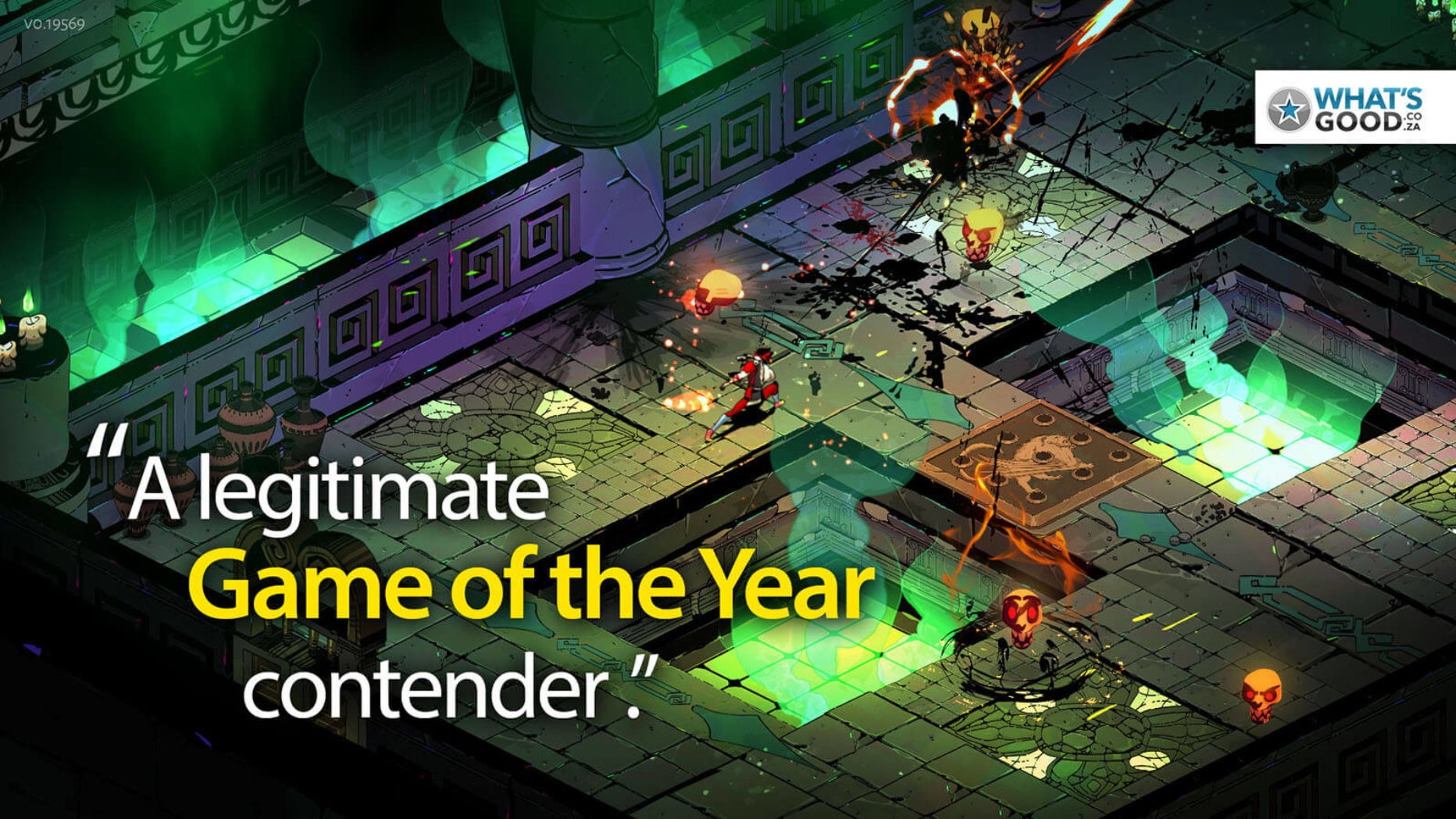 Hades is an absolute must-play for anyone

Summary 5.0 Great
Gameplay 5
Quality 5
Experience 5
Value 5
Summary rating from 1 user's marks. You can set own marks for this article - just click on stars above and press "Accept".
Accept
Summary 5.0 Great

What is it? Hades was developed by Supergiant Games (Bastion, Transistor, Pyre) and is the story of Zagreus, the son of Hades who, after learning some fresh information, decides that he is going to make it his mission to escape the Underworld (with the help of the gods of Olympus).

In terms of gameplay, its an isometric (top-down) action “rogue-lite”, which means that the game is basically designed to make you play a set of levels over and over again, with some randomised elements and upgrades that you carry with you. Hades is much more than that though, so if you’ve not been into games like that in the past, you still want to keep reading.

Verdict: Don’t be fooled by its indie looks, Hades is legitimately one of the best games of the year thanks to incredible game design and a genre-changing approach to story development – Available on PC and Nintendo Switch.

It took me around 35 hours to finish my first run of Hades, and it felt like it went by like a flash. What’s even crazier, is that for a game that has you essentially playing ‘the same thing’ over and over again, the story is STILL going strong and keeping me fully intrigued.

Hades might have you need to play through a few levels over and over again, but the pure genius of the game is how it develops the story. Whether returning to your house upon death or running into blessings from Greek gods along your escape attempts, you speak to a variety of really interesting characters that help the story move along and even have dialogue based on your recent progress or causes of deaths.

Each of the main (mostly incredibly attractive) gods and various characters have a story that unfolds, and presenting them with gifts also unlocks new items to use as well as building your relationship with them. I was also impressed to find that all the dialogue wasn’t just fully voice acted, but of an incredibly high quality with effects to give the characters unique sounding voices with booming lows or eerie whispers.

It’s all wrapped up in a beautiful animated style and top notch music that blends a mix of familiar action beats with some ancient greek flavour. Some of the musical pieces are truly noteworthy and had me scouring YouTube to hear more versions of them. The only note I’ll make on performance is that while Hades looks sharp and runs like silk in handheld mode, I did have some rare moments in the docked mode where very busy encounters caused some heavy frame chugging. Thankfully it’s pretty rare. 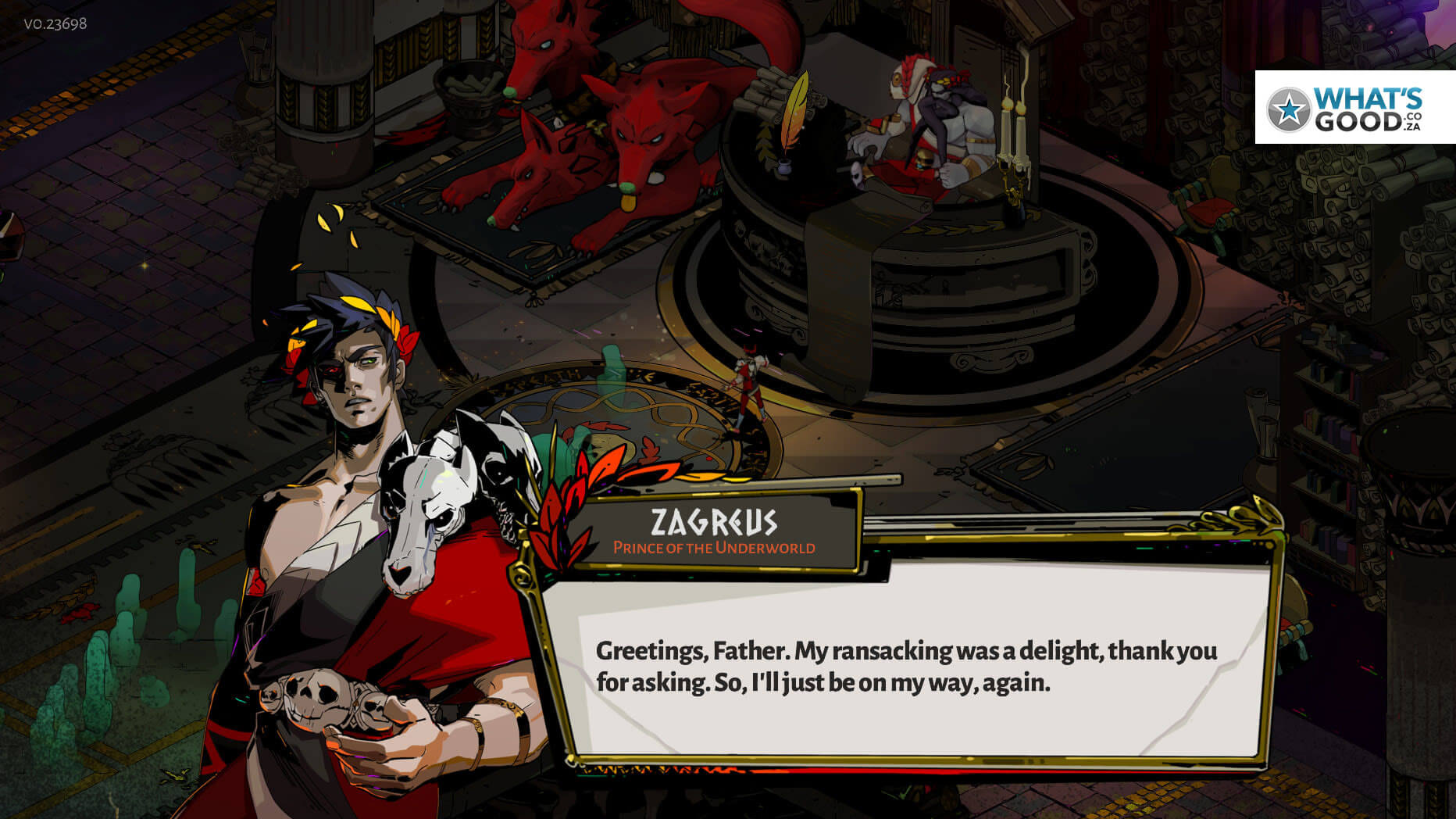 The Hades story truly justifies Zagreus’ motivations to escape, and while I wondered how they could possibly come up with a good reason to make him want to do it more than once I found the ultimate reveal to be both wonderful and brilliant.

What’s just as brilliant is the progression system and the overall game design itself. Hades has not only solved playing the same game over and over again with a clever developing story but also by rolling out upgrades, weapons and more over the course of your escape attempts.

I think what really separates this from all the rogue-lites and souls-like games, is the fact that it really just isn’t that punishing. Rather than titillate you with the high-stakes of instantly losing everything if you suddenly die in battle, Hades is much more forgiving and allows you to enjoy the spoils of your runs and feel like you’re always moving forward. There’s even a “God Mode” in the settings that you can activate that basically puts the game into a mode that allows you to make progress easier and work through the story.

Many of my runs turned into fun excursions to get what I need to do some upgrades or fill a few checklists that lead to rewards, while I jumped into other runs with the goal being to get as far as I can.

Hades is game design at its best, and a legitimate Game of the Year contender.