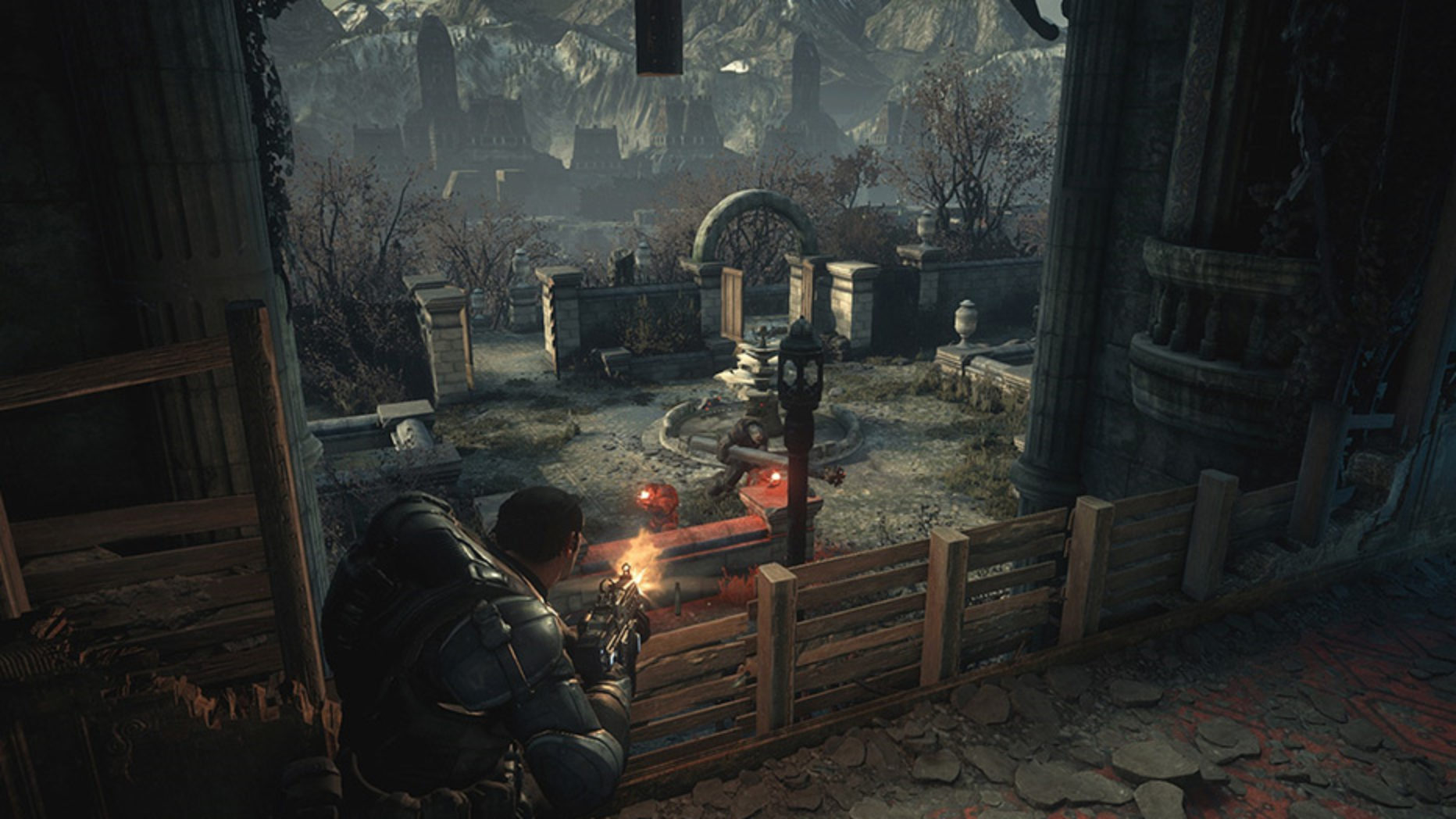 What is it? A complete remake (not remaster) of the first Gears of War, including Windows 10 DirectX 12 support, completely new characters models, level/game assets, cutscenes, animations and feature filled multiplayer modes, including all of its DLC, PC version’s content.

Looking for the Xbox One review of Gears of War Ultimate Edition? Click here to go there now!

Gears of War Ultimate Edition is Microsoft’s attempt to build on the nostalgia of the classic by releasing it on Windows 10 nearly 10 years after the original. It fails in nearly every aspect to impress on PC as it is plagued by technical issues and flaws that become even more apparent when compared to it’s original sibling.

The game’s premise is exactly the same as the 2006 original. It is a third person cover-based shooter, set on an earth-like planet where aliens emerge from beneath the surface and the local humans are pushed to near extinction. You are one of the soldiers fighting with chainsaw rifles to keep the planet and it’s inhabitants safe for another day.

The game sees a significant improvement in texture and model detail and could even be compared to recent shooters, however texture pop-up and sometimes complete failure to load high resolution textures can ruin a scene completely. I need to mention this was on a very high spec PC with the game running from a solid state drive. The controls feel old and unresponsive, especially when using keyboard and mouse, while controllers seem to negate the stuttering, but nothing I did could improve the input lag experienced when using either control method. It felt like I was playing a futuristic game on an ancient PC.

Online and co-op play was a big draw card in the past but having spent hours in the lobbies and only managing a solitary multiplayer round and not being able to play due to the terrible control feedback, it was a lost cause. I also find it ominous that when the game starts up it already logs in to the Gears of War service, regardless of whether playing campaign or multiplayer.

The reliance on nostalgia to evoke some sort of pleasure from this game did not work. I booted up my XBOX 360 and enjoyed the old, untouched version of the game so much more. If you have a newer XBOX One you can play the old version as part of the backwards compatibility offered.

Verdict: A lonely, broken, toothless sheep in wolf’s clothing, this is one to avoid.

Side Note: Just for the record, the Locust come from underground, meaning they were there all along. Does that not make the humans the alien invaders?