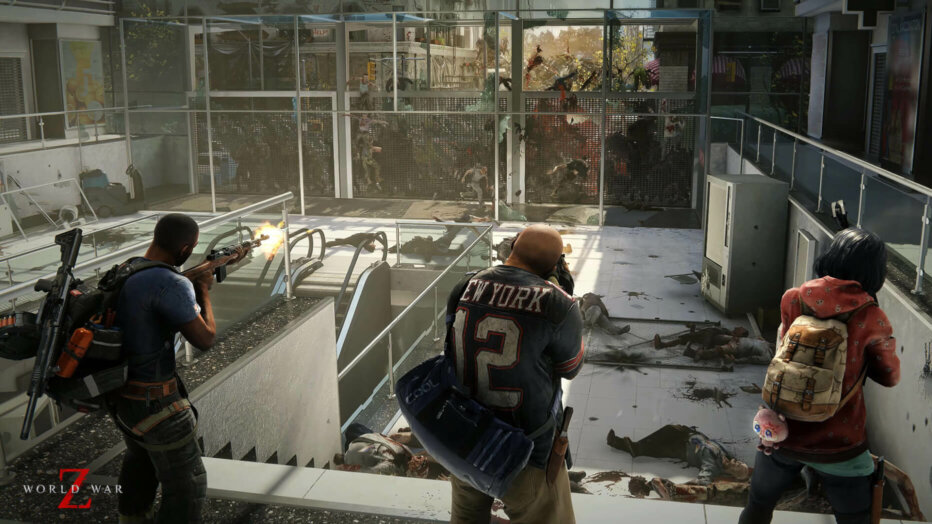 WELCOME TO GAME PASS WATCH, where where we highlight interesting and fun games available on Game Pass that we’ve been playing and think you should check out!

World War Z slipped under many a gamer’s radar when it first launched because it was pretty rough around the edges and needed some love. The good news is that the love happened, and we’ve been having nothing short of an absolute blast playing a weekly 4-player co-op game.

So what is it?

It’s a bit of an oversimplification to call it a Left 4 Dead clone, but it sorta is (the developers even admit that they look for gaps in the market where people are hoping for more of something, and then they fill it).

The main differences are that its third-person, there are classes/unlocks, and zombies come in the brand new flavour of “holy shit look at the size of that horde coming our way at top speed!”. Oh, and it’s based on the books and that movie with Brad Pitt in it (he’s not in the game, no).

What the game feels like in many ways is sort of like a Tom Clancy’s Division-esque kind of co-op experience, mixed in with a L4D-type survival co-op horror experience.

It’s more strategic than something like Left 4 Dead, and sometimes when you’re getting your butt royally kicked, you have to huddle up with your group and start plotting out ideas of how you’re going to make it through on the next attempt.

The real thrills are provided by the sense of urgency that arises, mixed with the need for some solid teamwork; it’s co-op at its finest.

The classes also make things fun, because you can unlock classes that move towards being able to stun special enemies, heal your team better, throw Molotov’s etc. When you get a solid team dynamic going its hella fun.

There are like 5 difficulty levels represented by skulls, and while going from 1 to 2 skulls wasn’t so bad, you’d better know that going from 2-3 is quite a huge leap, and requires the way you need to play dramatically. It’s teamwork and sticking together or death.

The game is sort of designed for you to play through all the episodes and chapters to unlock skills and weapons, and then play through them again with your better characters at higher difficulty levels.

We’ve had a great amount of fun with World War Z and its really managed to keep our interest for a long time.

If you’re looking for something really solid to play with some friends, make sure you check this one out.