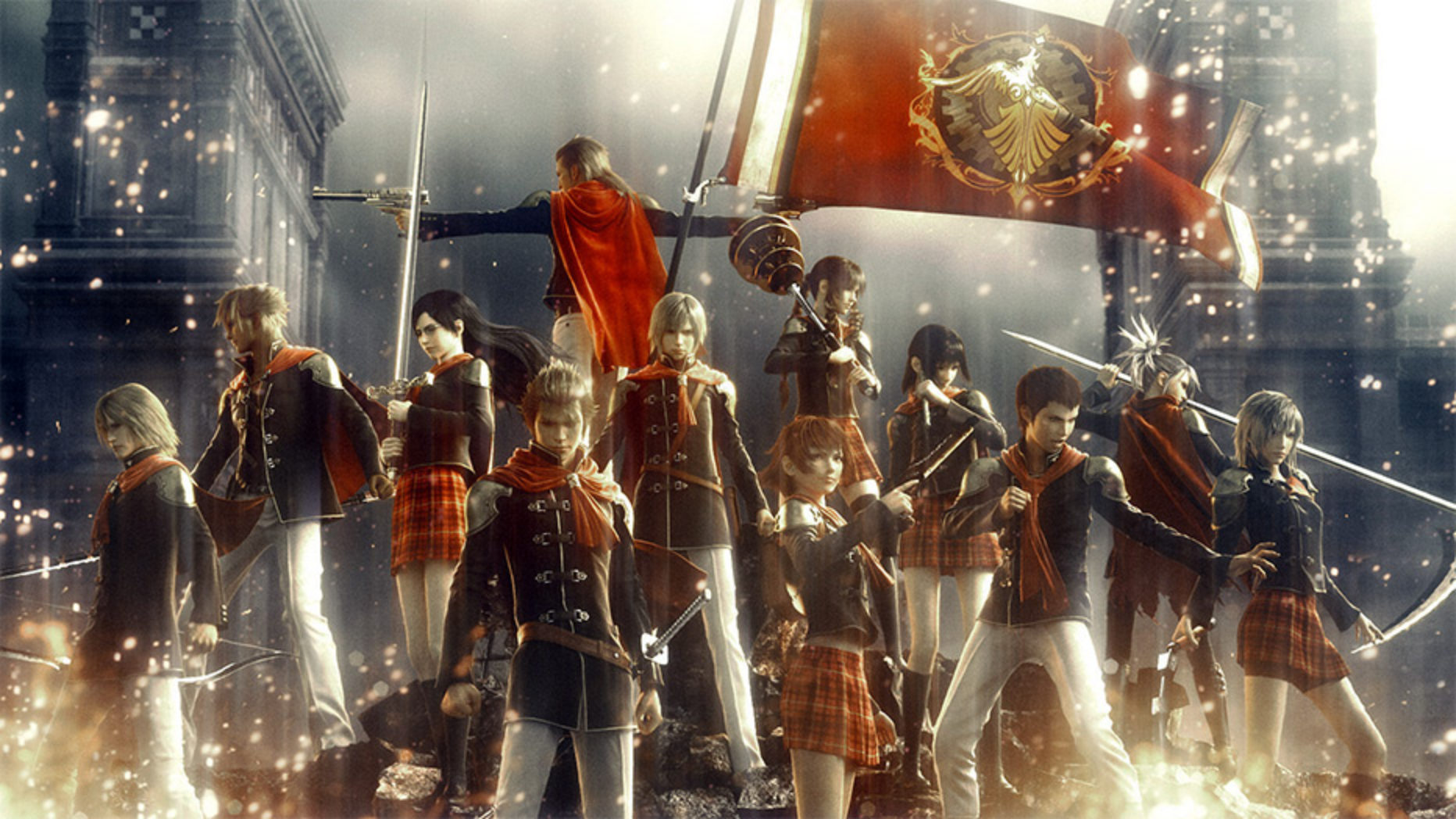 What is it? An HD remake of a PSP exclusive Final Fantasy game that was only ever released in Japan, which is a part of the Fabula Nova Crystallis sub-series. When war breaks out, a class of special students are used as an elite squad due to their specialised skills and abilities.

When you think about Final Fantasy, you often think about colourful characters, beautiful magic spells and amazing worlds. Type-0 is none of these things, as its lengthy story leans heavily away from friendly fantasy and delves into a dark world of war, bloodshed and the concept of putting young people into the front-lines, also featuring realistic violence and blood in a way not usually synonymous with the franchise.

You take control of all of Class Zero, allowing you to select your squad of 3 and head into missions, but allowing you to replace fallen members and continue in battle until all of the class has fallen. Combat is real-time and fast paced with a lock-on target system that lets you dash around, attack enemies and use the different characters skills/magic/abilities. You can swap between characters mid-fight at a cost of action resources and use a unique timing system that allows you to do massive damage if you learn to master it. Between missions you wander around the school that makes up the central hub, with time as a resource that is spent chatting to people, doing side-missions, breeding Chocobos or training between main missions. The game also utilizes a map that you run around on, allowing random encounters and even providing the setting for a RTS style missions that have you directing forces in battle.

Despite being a remaster of a PSP title, the main characters look great (the 3D models were taken from the original games’ cutscene versions) and while higher textures in some places and new-age effects and technology do well to keep the game slick and good looking for the most part, the game is still filled with low-res and low-poly assets all over the place, especially noticeable with some NPCs. The game is playable in both Japanese and English though and the musical score is masterful.

Final Fantasy Type-0 HD is about as technically good as a PSP remaster can get and drew us in with its combination of a darker story but fun, fast-paced combat system.