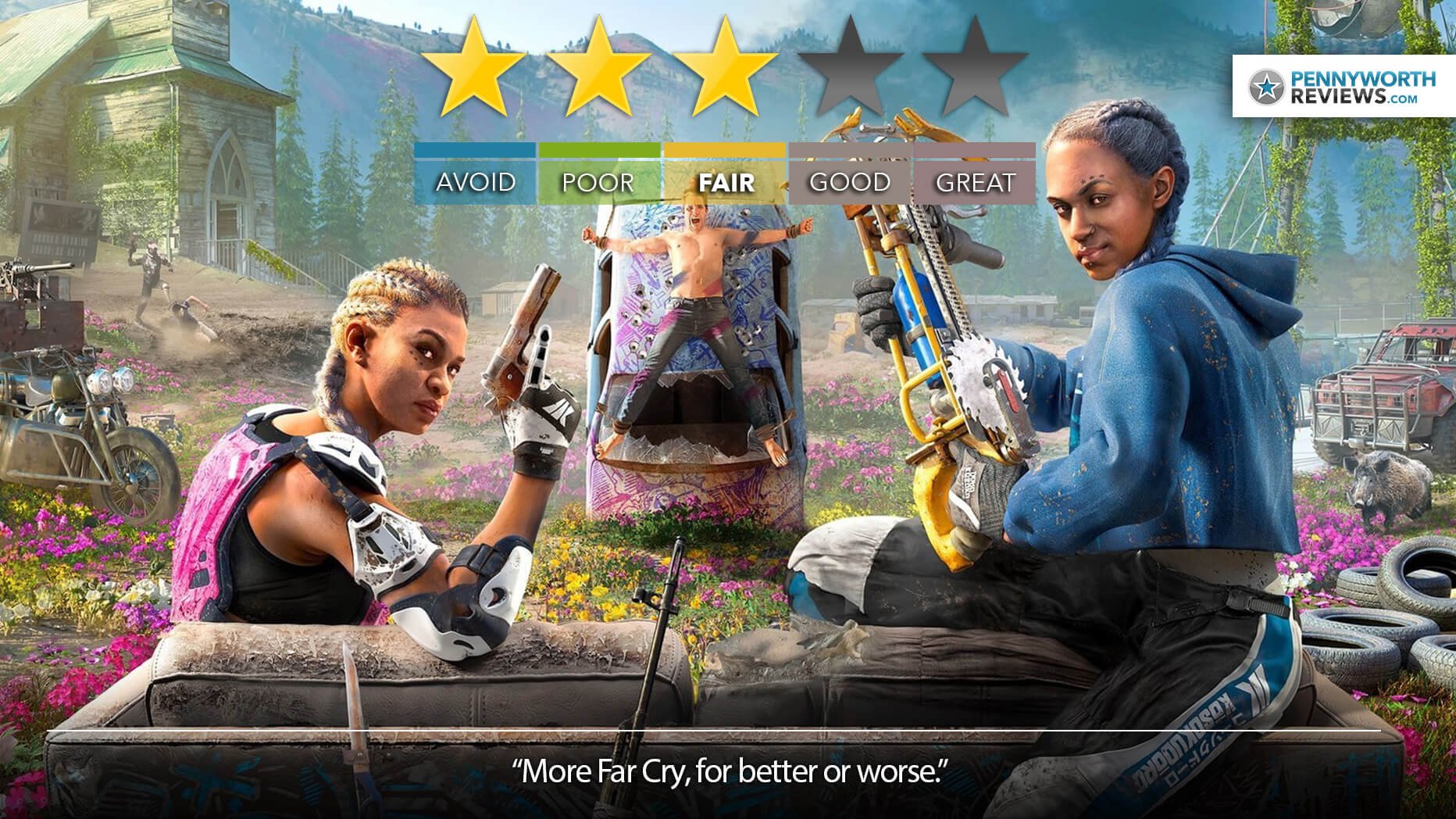 More of the same, with some twists

What is it? Taking place years after Far Cry 5, New Dawn is all about a post-nuclear world where a budding community suddenly have their way of life ruined by a bunch of toss-pots on motorbikes. As expected, you need to deliver a basket of lead sandwiches to their faces to make things right. – Reviewed on Xbox One. Also available on PC, PS4

Pros: Has most of the things that made Far Cry 5 good. Cheaper price point.

Cons: Performance issues at times. Too familiar, especially when you’re delivering more content for a game that had so much content.

Verdict: Same but with some twists. More Far Cry, for better or worse.

Despite New Dawn’s (very successful) attempt to get on my good side by using a song from Die Antwoord early on in the story, I was so sad to realise just how quickly everything started feeling just so damn familiar. While the game does niftily use the same map to do some new things, as was expected – you just can’t shake that it’s the same. The same isn’t all that bad if you were running back over a town you moved through in a story-driven action game, but Far Cry 5 was a big game, that offered hours and hours of stuff… which means that I’d grown tired of these areas long ago. It’s got all the Far Cry things you still want, co-op, weirdo villains and a big open world. It’s got a few new bits and bobs, but they weren’t enough to distract me from how “samey” it all felt.

The long and the short of it is this. This game is a deal made between you and Ubisoft. If you want more Far Cry 5 content (around 15 hours worth), but you want it slightly different and you don’t want to play full price for it… you got it. If you’ve had your fill of Far Cry 5 or Far Cry in general, you don’t need to even think about it. It is, for all intents and purposes, a glorified expansion pack to Far Cry 5.

Now that you know the deal, you know what you’re in for. The choice is yours. For me? I’ve had enough.