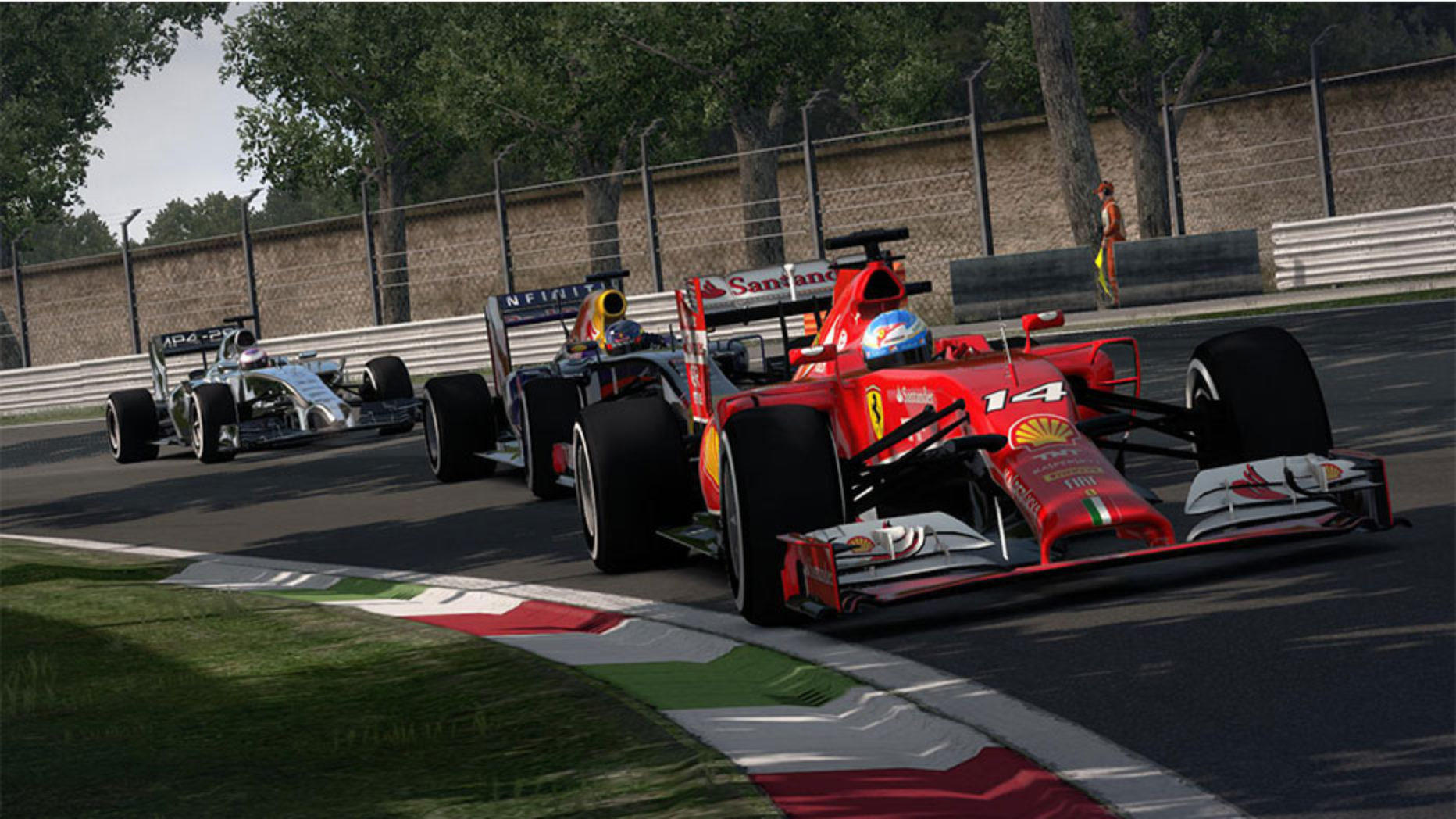 Super-fans of F1 will be attracted by the new hybrid cars and two new tracks, but there’s little else here that you didn’t already get from last year’s game

What is it? A Formula One racing simulator based on the 2014 F1 Season that allows for both casual and hardcore gamers who want to know what it’s like to get behind the wheel of an F1 car.

The F1 franchise from Codemasters finds itself slowly straying into the stale air of annualised updates, but while we can surely expect a new-gen version in the not too distant future, F1 2014 offers mostly the same experience as the previous instalment. It does have one thing going for it however, as its also the first title to feature the big shift over to the new turbocharged, hybrid cars that have replaced the V8s of the past.

The turbo cars sound very different, don’t have a KERS button anymore and their levels of torque are a whole new challenge in the wet. We have one major complaint (and we wish we were joking on this one, but we aren’t), the high-pitch whistling of the turbos became unbearable during game sessions, often requiring us to turn down the sound heavily, or even take breaks from the game completely. Strange, but true enough for it to matter.

F1 2014 doesn’t offer much over its predecessor in terms of career content or core experience, although the pull of the first ever hybrid cars as well as two new tracks may be enough to warrant ownership for the big F1 fans out there.