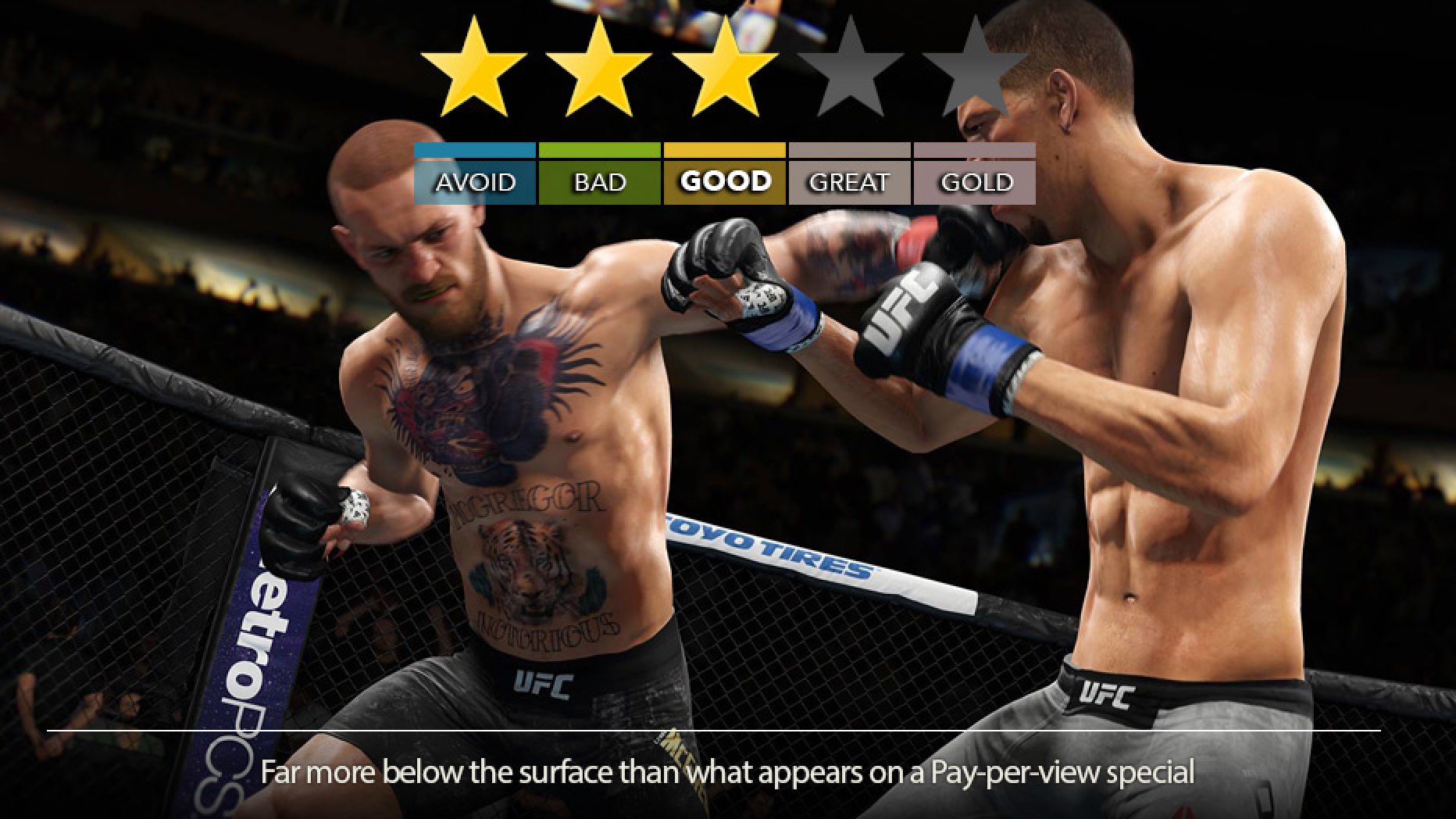 What is it? A single and multiplayer Mixed Martial Arts game with the official UFC license.

Verdict: An accurate representation of a bloody sport with far more below the surface than what appears on a Pay-per-view special.

When two guys (or girls) get into an octagon shaped ring and start pummelling at each other until their opponent is unconscious or in so much pain that they tap out to the rowdy screams of thousands of fans, it becomes obvious that it would make for a very successful game. And since EA Sports have secured the UFC license, they seem to be doing just that.

The game allows all the usual sports title fanfare, with a great interface and sometimes surreal looking graphics. Punches and kicks look and sound heavy and authentic, and the ground game almost smells as sweaty as the fighters.

All the options are present, allowing you to choose one of the many male and female fighters currently signed up to the UFC and playing any of a variety of online, single player and career modes. If you don’t feel like playing as a celebrity fighter, you can always create your own and lead them from rags to riches.

Between fights in the career mode, your fighter needs to balance a training regime with promoting their upcoming match online to fans. As realistic as this sounds, it ends up being dull, feeling more like “The Social Network Game” where the most popular people are the real winners.

The meat of the game should be the fights, right? With all things equal, and fighters having similar stats, matches can sometimes be over in 20 seconds. Landing a few good punches and kicks, and your opponent is lying face down on the floor. The satisfaction and dramatic announcer shouts of amazement are short lived when you then have to spend 10 minutes prepping for your next fight. Yes, this is what real fighters go through, but it does not make for a fun game.

As a pretty green newcomer to UFC games I grasped (see what I did there?) the grappling portion of fights, but just could not execute it successfully, even on the easier settings. Inevitably I continually tried to knock my opponent out before anyone got a chance to grab me. Perhaps more training would have helped, but perhaps the controls are not intuitive enough for people who do not fight for real.

UFC 3 tries its hardest to emulate the hooha around the McGregor vs Mayweather fight, but just like the big boxing match, it all comes down to who wins. It is an exciting game, with all bells and whistles, but when do I receive the massive paycheque?