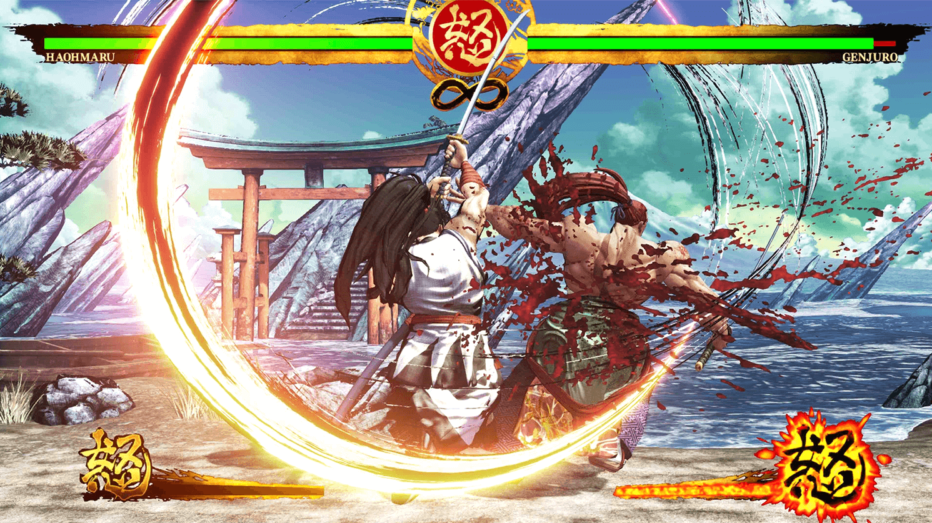 A fighting game fighting for its life in a busy market

Does Samurai Shodown still cut it?

Samurai Shodown is your typical fighting game where 2 over-stylized yet thankfully sexually restrained characters face off against each other in a deadly duel with swords. There is a pretty thin story, but that is very seldom the point in these games.

I am not a huge fan of fighting games and just do not have the memory capacity to learn all the combos for all of the characters. Since this is an old school fighting game the range of commands and combos are vast! Luckily the game provides many ways to hone your skills. This involves playing tutorials, reading page upon page of moves and combos and even playing ghosts of other players. The fighting style feels slow and deliberate when on attack, and fast and furious when on defense. This makes it more than just a button masher and add a tactical level to each fight.

The main goal, however, is to get to online play where the ranked matches takes centre stage. Finding online matches were very troublesome though, and I have a feeling that the geographical latency we have in South Africa played a big role. Fighting games need the best latency to give you a fighting chance.

The game runs beautifully on the Xbox One, but I felt the loading times were maybe a bit long considering there are only 2 characters and a dojo to load. The biggest problem is playing on a standard controller. The button layout simply cannot compete with a dedicated arcade stick and about 8 buttons.

Samurai Shodown is a skilled fighter, but enters a crowded fighting game market.