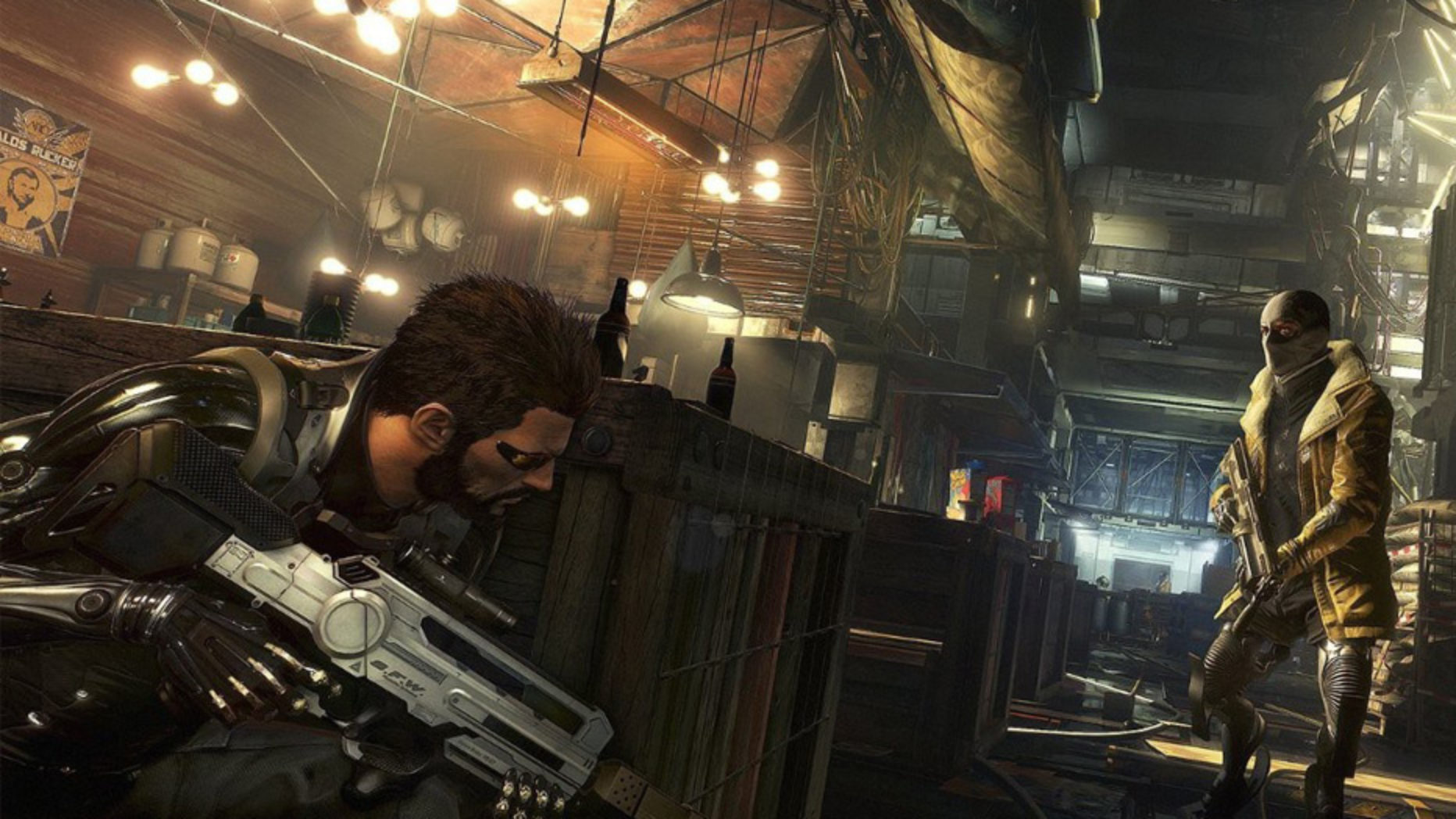 It’s good, but the novelty seems to have worn off slightly

What is it? A future-set First-Person RPG that follows on from Deus Ex: Human Revolution. You talk to people, complete missions the way you want to (action/stealth), explore areas and upgrade technological augmentations on your body to access powerful abilities. – Reviewed on PS4

Verdict: Good but could’ve been great. While I liked many aspects of it, it feels like it never lived up to its full potential.

Deus Ex: Mankind Divided follows on from one of my favourite games from the last generation, and as I returned back to the bionic eyeballs of Adam Jensen I was happy to feel back at home in a world (mostly based in Prague this time) that is mesmerisingly beautiful in its design… be it lighting, fashion, technology or architecture. The real appeal to DX games is the emergent gameplay and choice-driven approach to everything you do when tackling missions, and this element of DX is still enjoyable as ever, especially after you tack on some serious upgrades. The action route provides you with bad-ass abilities for maximum carnage, while going the stealth route might mean lots of hacking, sneaking around and messing with the enemies. It isn’t always black and white though, so you really can approach it the way you want to and tailor it to your idea of fun.

Where it falls short a little is that it doesn’t every really do a great job of exploring its themes of racism and segregation, and in many ways just leaves it feeling a bit forced without any good reasoning. The entire game as a whole has in many ways just struggled to hold my attention and even Adam Jensen himself looked like he was a little tired of it all, rarely ever breaking away from a very flat tone. I like it though, I do… it’s just that I never really had any days go by where I just couldn’t wait to get back to it and for that, I’m not really sure how to feel about it as a whole. If it’s exactly what you are in the mood for though, I don’t deny that it will pull you in and keep you there as it still does many things very right.

In this way, Deus Ex: Mankind Divided is possibly a little less than the sum of its parts and while it has bits and pieces that work really well, the package as a whole never had me feeling fully engaged. It does have really nicely designed lamps, though.