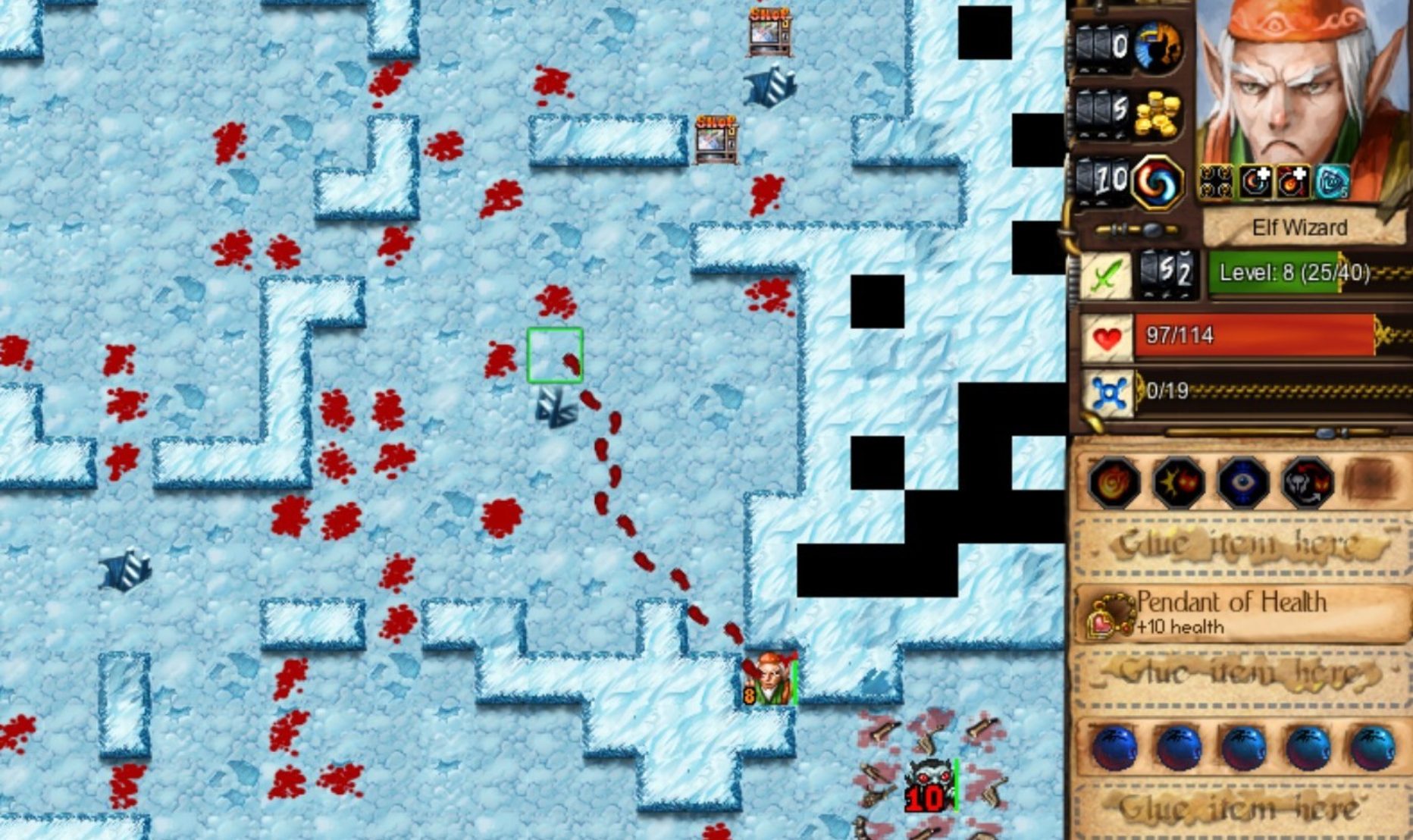 While Desktop Dungeons may boast its ability to give you a quick dash of fun, beware… because minutes very quickly turn into hours

What is it? An indie roguelike that plays a little like a fantasy themed puzzle game.

While I, and very possibly most of you have not had a great amount of experience with the roguelike genre, what I have always taken away from conversations about them is that they take very long to play. The pull and genius behind Desktop Dungeons, is that it allows you to start from scratch on a randomly generated map and work through the entire level in around 20-40 mins. More so is that exploration is used to regenerate health and mana.

The point of each level is start as a level 1 character and you have to defeat the map’s level 10 boss by working your way through lower level characters. Every move you make needs to be calculated, and outside of the maps, you progress and upgrade your city, opening up more challenges as well as classes, races and abilities. You will also be charmed by the hilarious writing as well as some great art and an unexpectedly impressive original soundtrack.

It’s devilishly clever, magnificently balanced and also fiendishly difficult at times. The reward when you clear a level though, makes it all worthwhile.