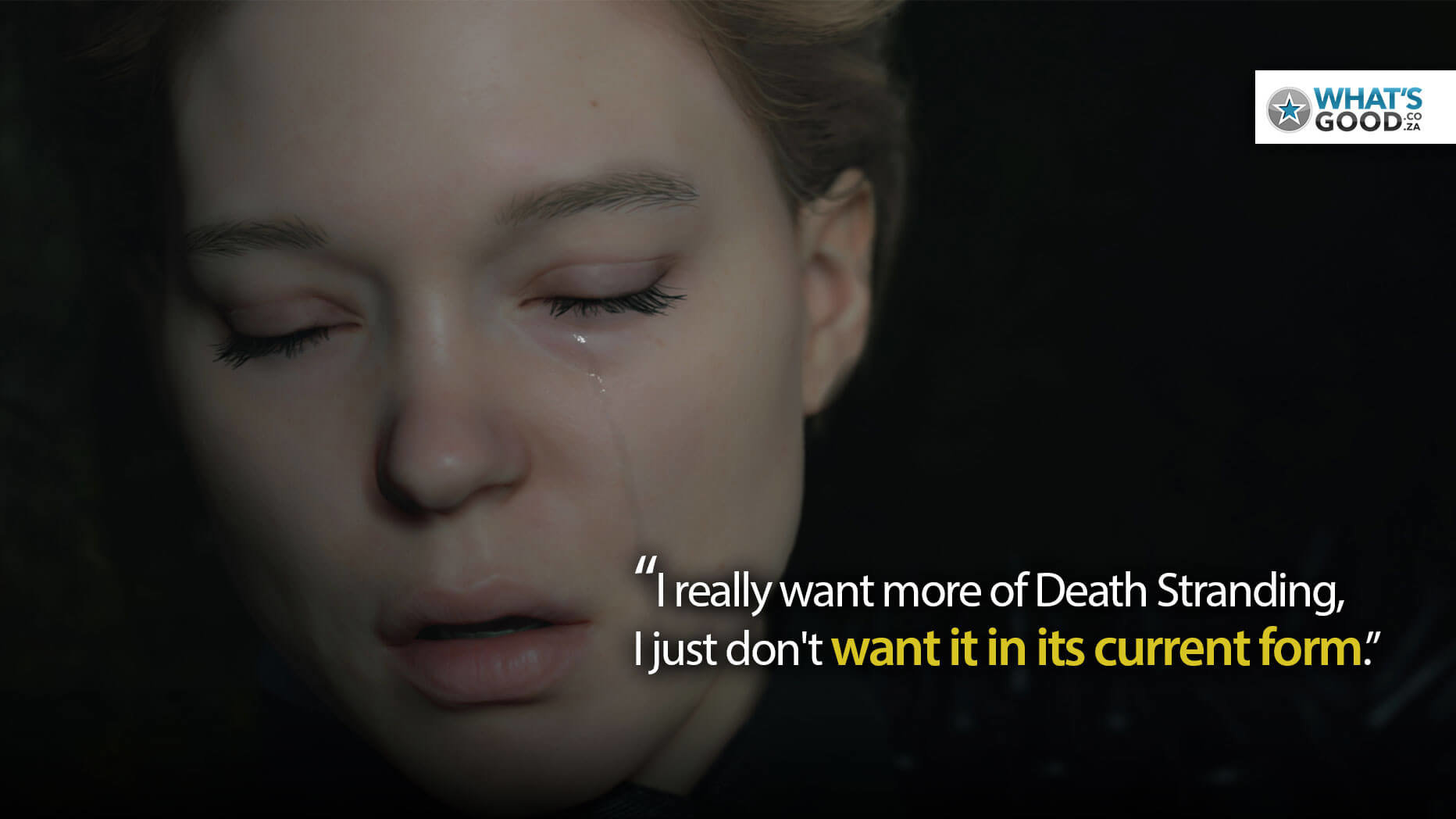 Death Stranding Is Boring And I’m Sad About It, Okay?

Is This A Death Stranding Review In Progress?

So here’s the thing… I love Hideo Kojima, I adore the Metal Gear Solid games and yet I just can’t bring myself to keep playing Death Stranding. This isn’t even a post about whether I like the game deep down inside, it’s more about the fact that I just don’t want to play it any more. With the game on its way to PC, it drove me back to my struggle of convincing myself to get back into it.

When I first started playing Kojima Productions‘ first outing, I was wowed by the impressive visuals, the Hollywood actors and the unbelievably cool cinematic sequences. Before I had started playing the game I’d already heard that it was being called an Amazon Delivery simulator. I also remember that leading up to the game’s release, no one really even knew what kind of game it was.

Believe it or not, when the game came out I was actually decently in the mood for a slow-burn game to sink my teeth into. That part really isn’t the problem. To get more of the cool things out the way I also have had some fun experiences with Kojima’s crazy idea in the game, and the connection to other players has its moments too.

Where things start to fall apart is that this game takes oh-so-long to get going. Even then, when the going gets going it doesn’t really pick up pace too much. What’s bummed me out the most over the first 15 hours or so (**very mild spoiler**: I’m not entirely sure what my hour count is now but it’s a little bit after you cross a lake) is that I just spent so much time talking to holograms about nothing particularly interesting. 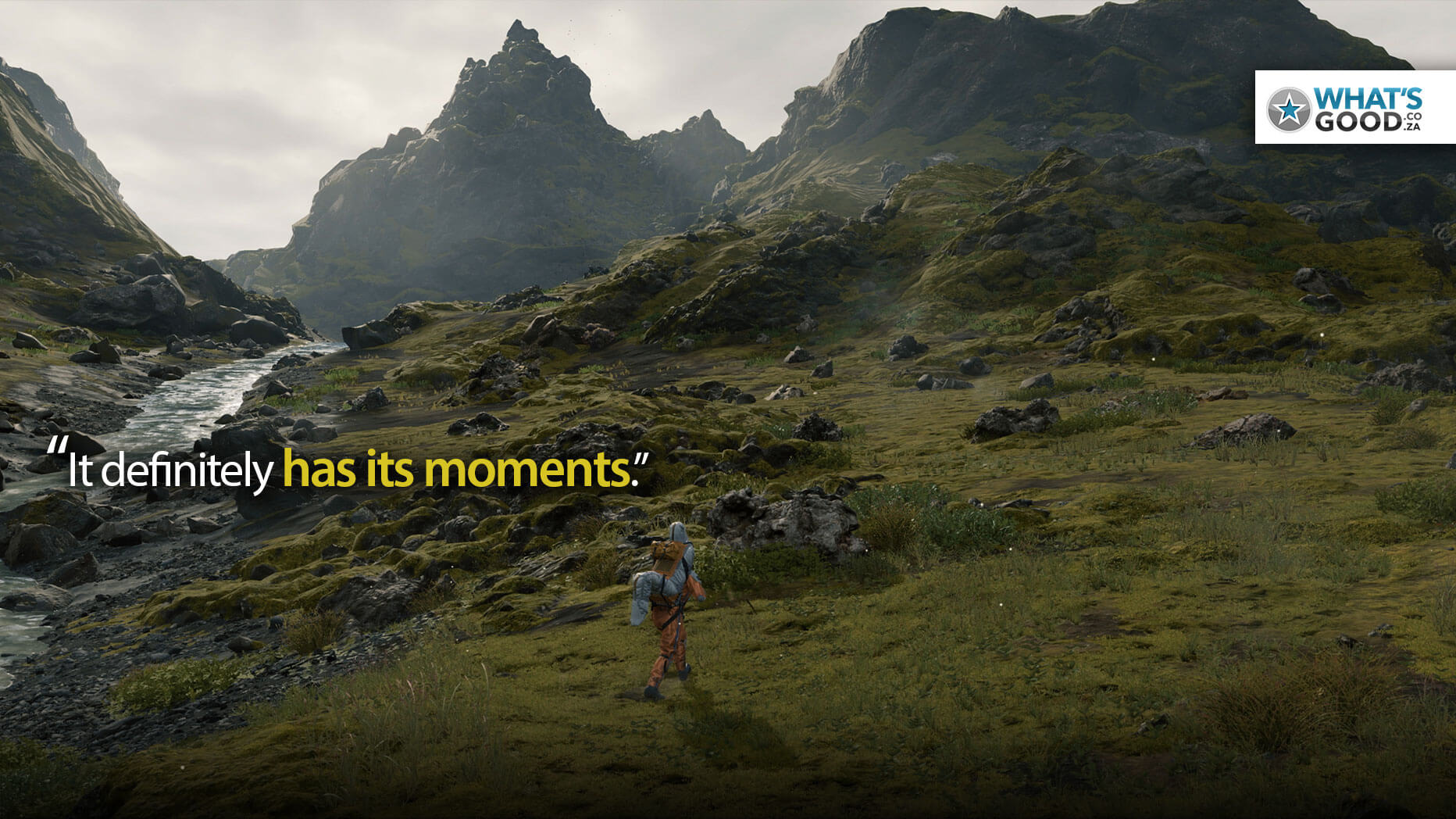 Also, speaking of where I am in the game, I’m also aware that I’m at the bit where people say the game really comes to life. Taking away my bike for a while is not cool, bro. Giving me a mechanical skeleton was pretty sweet, building up a piece of highway felt pretty good and it’s fun roping up those MULE tools with a the cool rope-ball gun. Some good times.

My point here is that I’m not just someone taking a dump on a game, it definitely has its moments. The problem really comes down to my urge to keep playing just diving at an alarming pace, especially if there’s anything else competing for my time whatsoever.

As such a fan of Kojima’s crazy ideas, settings and more I really want more of Death Stranding, I just don’t want it in its current form. This game feels like it would make for an awesome show on HBO, though. Better yet, give me this world, but hook me up with some of that sweet, sweet Tactical Espionage Action.

For now, Death Stranding and I are on a bit of a break. I’d like to try continue… I just wish it was doing a better job of tempting me back. I want to like it more than I do, and I’m a bit sad about it. What about you?