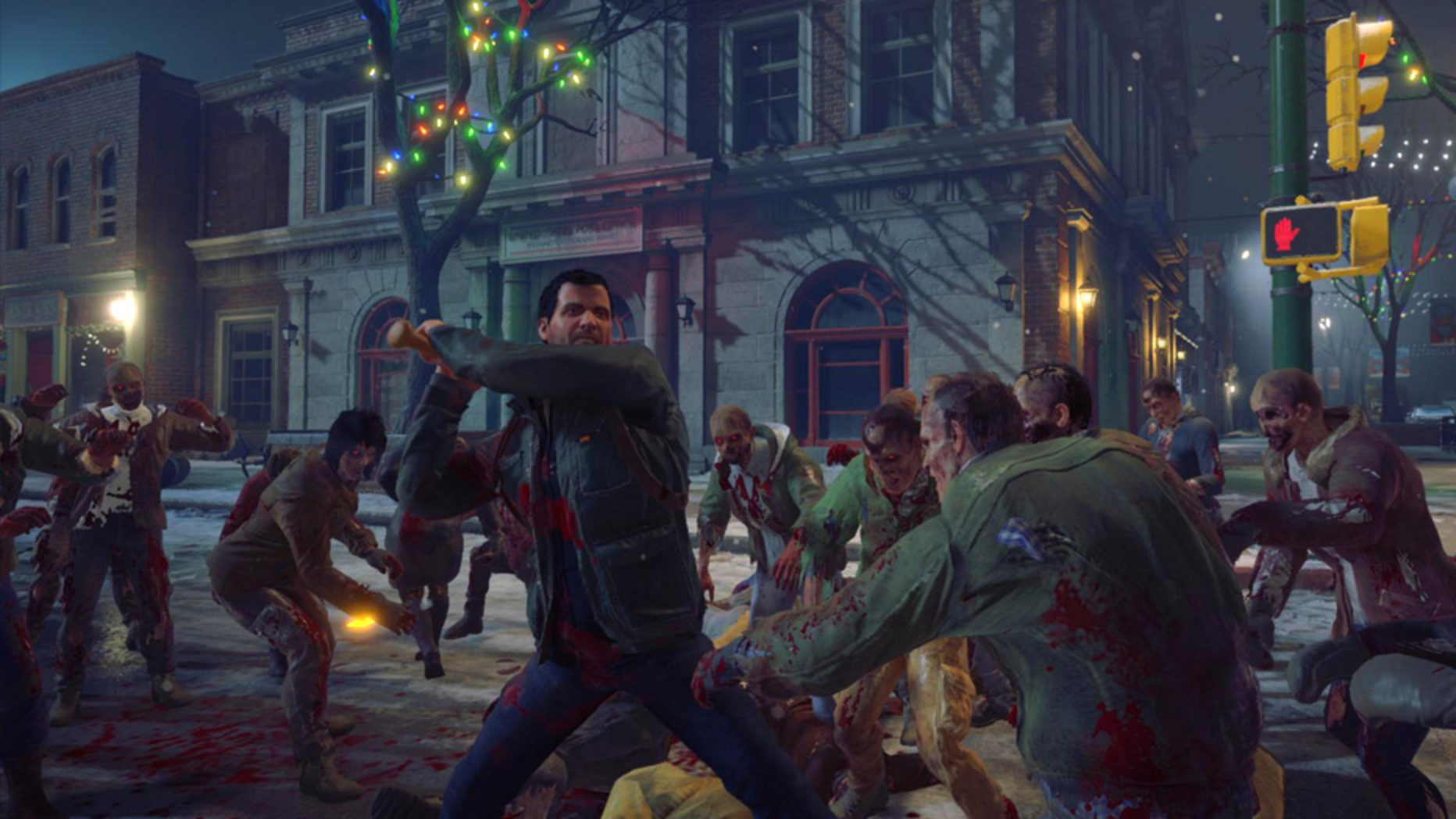 Frank West returns for a new but familiar zombie-filled gorefest

What is it? A spoofy action-RPG styled game that has you running around a big, zombie-infested map with a huge variety of insane weapons investigating a zombie outbreak cover-up while also kicking ass and helping people. – Reviewed on Xbox One

Verdict: Pretty Cool! While it’s far from perfect or revolutionary, Dead Rising 4 does dish up some good times and gory action.

If you’ve ever played a Dead Rising game (Frank West is back, baby) you’ll know that a lot of the experience is made up of ripping through insanely large hordes of zombies while wearing stupid outfits and wielding hilarious weapon combinations. You may also remember that a lot of the experience would tend to devolve into brainless (excuse me) mashing sessions, horrible mission types and a lack of direction that led many to just sort of play around in the toy box until bored and then move on to another game.

Dead Rising 4 brings back a lot of what I loved about the series, but has also done well to clean up a lot of the things that I didn’t like. Despite the fact that the big map is open for you to go and explore (and let it be noted that exploration is well rewarded), the main story feels way more structured than I remember from previous games and never left me feeling like I didn’t want to carry on with it to find out what happens next. It doesn’t hurt that the humour hits the mark often and that I was left chuckling but also conflicted with the fact that the protagonist you are controlling really is a reluctant, self-centered, A-grade asshole in a very peculiar situation.

While it does many things right, it still sticks to a core concept that you just might not like that much

The game’s presentation also impressed me and feels like quite a leap forward from the first two games (I missed the 3rd) in terms of interface and design. While it seems like the resolution is dynamic, the game looks sharp and good looking almost all of the time and its absolutely breathtaking when you realise just how many zombies this game is able to squeeze onto one screen. It’s astonishing actually, and it does well to never suffer from massive performance drops even when you’re ploughing through hundreds of zombies.

It’s far from a perfect game though. While it does many things right, it still sticks to a core concept that you just might not like that much and at the end of the day it is still serving up a very familiar experience to anyone who has played any of the previous games, so don’t expect anything revolutionary. While it’s still satisfying as hell to decimate crowds of zombies with crazy melee weapons, the gunplay is a clunky chore in comparison and could really have used some optimising. They have fixed a lot of the problems from before, but that shouldn’t excuse them from not experimenting a whole lot more with the formula beyond an exo-suit, some new zombies and 4 player multiplayer.

It’s still a good bit of fun and a solid title, but I hope that if there’s a next time, they really opt to throw a propane-powered spanner in the works to give us something really innovative and new.