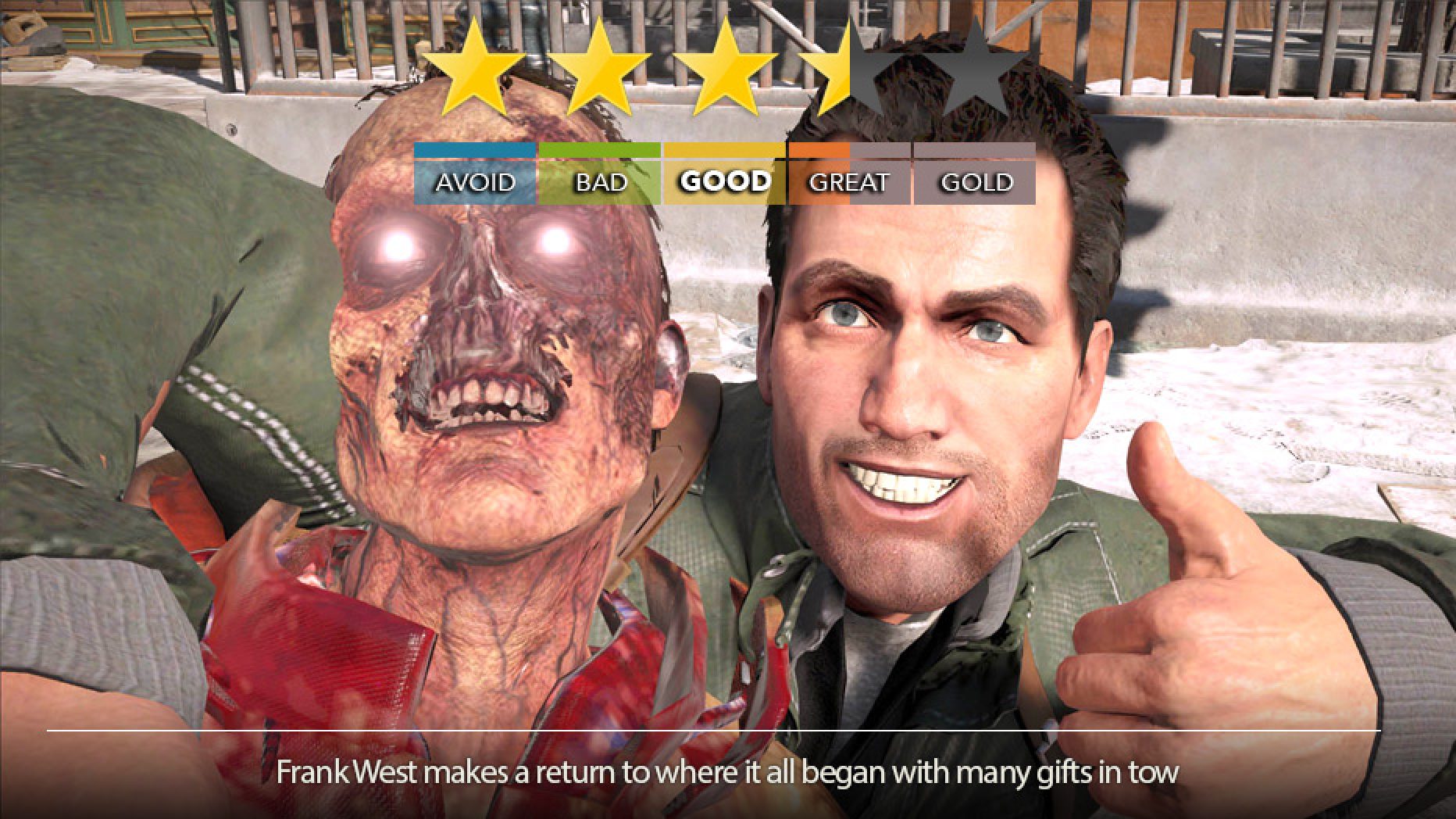 What is it? A humorous survival horror zombie beat ‘em up which has you running around in a giant mall complex as you investigate a possible cover-up. All while also murdering tons of the undead with a host of crazy weaponry and saving a few outbreak survivors along the way. – Reviewed on PS4

Verdict: Great fun, but the lack of the signature mission timer removes the sense of urgency from the gameplay.

Dead Rising 4: Frank’s Big Package is, when removing the innuendo from the title, exactly as it’s name suggests. It’s a big package of content which includes the entirety of the base game plus all of the DLC currently available. It’s also really easy to pick up and play thanks to its impressively simple control scheme, which, in turn then makes it incredibly hard to put down. Mowing down zombies with a slur of different weaponry while Dead Rising original protagonist, Frank West, cracks one liners is thoroughly enjoyable. It’s somewhat reminiscent of Ash from Army of Darkness, minus the chainsaw arm, that is. This, coupled with a Christmas time theme makes way for more than a few sniggers throughout the game.

Unlike previous titles in the Dead Rising series, this one doesn’t include the timer that kept you on a bit of a schedule, counting down to an event that you would need to prevent from happening. The lack of this timer is unfortunate as it created a sense of urgency, making you consider each decision fairly carefully. However, at the same time, I feel I have more time to explore the map, rescue survivors and even just appreciate the little bits of humour hidden in the environment.

Being a journalist, Frank is armed with his trusty camera, which can be used to take photos of practically anything that tickles your fancy. Just massacred a group of the undead and want to take a selfie to commemorate it? You can do that, plus you’ll get points for the pictures you take, along with a ranking based on the criteria such as gore or destruction.

Then there’s the content; there is so much content on disc ranging from weapons to outfits. The most enjoyable pieces of content were Frank Rising and Capcom Heroes. The former sees Frank  as one of the zombies he is so used to fighting. He has to race to find a cure while coming to grips with his new abilities and desire for human flesh.

The latter sees Frank wearing outfits of various Capcom Heroes such as Devil May Cry’s Dante and Street Fighter’s Ryu and being able to pull off their signature moves! There’s actually nothing like ploughing through a group of zombies using M. Bison’s Psycho Crusher.

Want a sort of second opinion? We reviewed the base title when it arrived on Xbox One – Read it here!