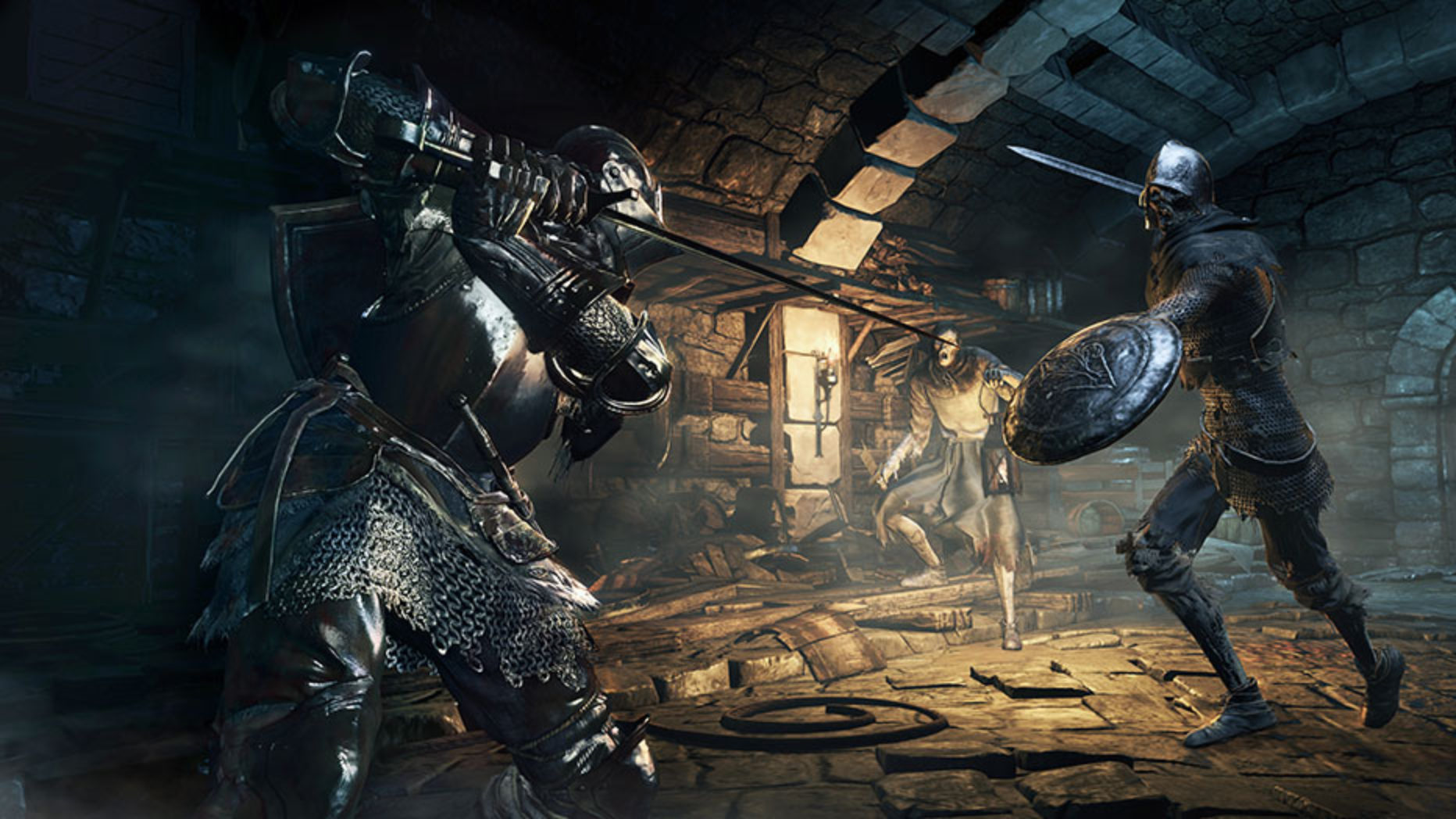 A rich, detailed and immensely rewarding experience for those who give it the time

Summary 4.0 Great
Gameplay 4
Quality 3
Experience 5
Value 5
Summary rating from 1 user's marks. You can set own marks for this article - just click on stars above and press "Accept".
Accept
Summary 4.3 Great

What is it? Dark Souls comes from a line of third-person action/combat focused RPGs that has you exploring and fighting through a dark horror-fantasy medieval setting, combating tough foes, fighting big bosses and making progress through a variety of areas as you level up and find better equipment.

Dark Souls comes with a reputation. If you’ve heard of it then there’s a really good chance that someone has told you that they are some of the most difficult games out there and that you’re going to die a lot. That doesn’t mean we think you should avoid it though, because while there is some truth to the claim, its worth noting that while Dark Souls is not a casual slasher/RPG that’s for everyone, patience and thoughtfulness can take you all the way, and snap-of-the-wrist skill isn’t a requirement by any stretch. The entire game is designed to put you on edge, to scare you a little and keep you on your toes and it is inside this bubble of tension that this game truly shines and serves up a gaming experience like no other.

So while you can’t kick your feet up and play with half an eye compared to other games, the completely worthwhile trade off is that when you are playing Dark Souls, you are 100% playing Dark Souls. Enemies hit hard and ambushes can be devastating, so every moment of playing keeps you fully engaged… and its really something pretty damn marvellous. If you’re struggling a little too much, the entire game is online connected in a unique way that allows other players to leave often handy (but sometimes deceiving notes) for you and you can even summon in other players into your game to help you get through a tough area or take out a challenging boss.

Dark Souls III’s medieval setting is as beautiful as it is unnerving at times and the level design is astonishingly smart, but frame rates on the Xbox version left much to be desired at times, with the PS4 version apparently faring a little better, but not much. Working through the campaign can run around 30-50 hours, but the game will get a lot more from those wanting to find and enjoy every last bit of detail available to them (and trust me, there’s a lot of hidden side “stuff” and its almost all worth doing) and its the kind of game that may even draw you into a “new game plus” play through once you’re done.

Verdict: Dark Souls III is a rich, detailed and immensely rewarding experience for both combat and exploration. It may not be afraid to ask you for your full attention, but it offers so much more in return.

Side note: If you have a Playstation 4 and would like to try Dark Souls’ younger, better looking sibling, check out our review for Bloodborne here and if you are already into that stuff, check out my preview for Team Ninja’s Nioh.