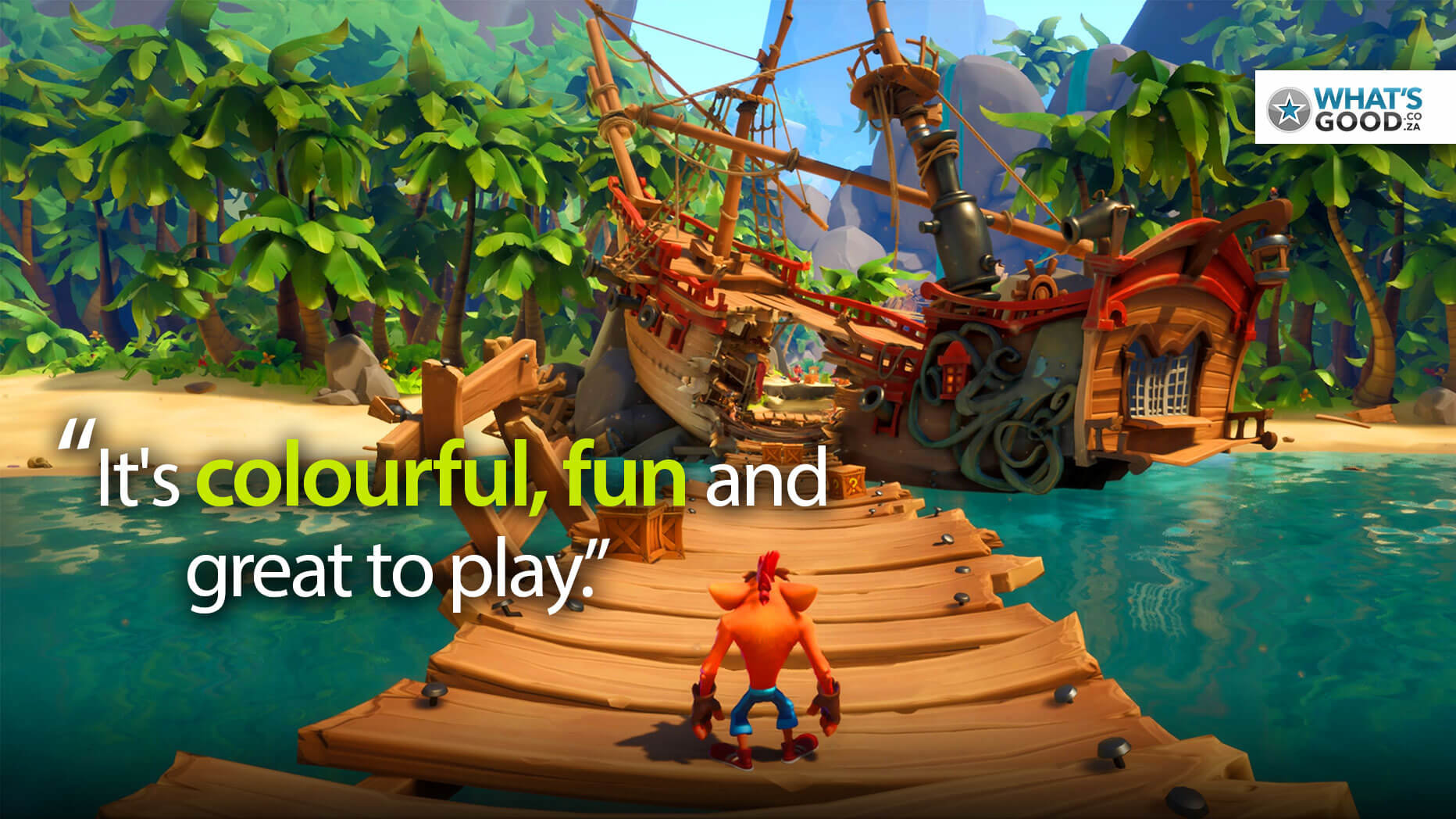 Crash Bandicoot is back and looking better than ever

Crash Bandicoot is a 3D platformer where the main goal is to run, jump and slide through linear levels, smashing crates and collecting fruit while trying to avoid enemies and traps. It’s an update on an old formula that makes it feel every bit as fresh as the first time I played one a Crash game on the PS1.

Verdict: Crash 4 is the kind of fun time that epitomises the joy of playing video games. It’s colourful, fun and great to play.

One of my first ever memories of playing a Playstation back in the 90s was the colourful visuals of Crash Bandicoot beaming into my eyeballs as we marvelled at the 3D graphics. For others, Crash Bandicoot is that mini-game they played in Uncharted 4 and nothing else. I never played the sequels back in the day, nor have I played any of the N. Sane Trilogy so this is the first time I’ve properly dipped back into Crash Bandicoot in actual decades.

Crash 4 is easy to pick up and a whole lot of fun to play, no matter who you are and what your history with the franchise is. The levels range from tropical beaches and pirate ships to cherry blossom filled Japanese gardens and crazier over the 6-8 hour campaign.

There’s a lot to keep things interesting though, including a host of new abilities as you make your way through the levels. One moment you’re jumping between crates while another has you dimension-swapping to phase crates in and out of existence. You move through mini world-maps as you progress through the story, and can even pick between Crash or his sister Coco and unlock new outfits for them too.

There are some extra levels featuring Tawna as well, who plays differently for some extra flavour.

One of my favourite features in Crash 4 is the Pass N. Play mode that support up to 4 players and lets someone play until they die or reach a checkpoint and then pass the controller over. Just like the days of old, the idea is to let more than one player have a go even in a single player game and with one controller. I was able to have a lot of fun with my young son, laughing and commenting as we each had our go, and the structured system also takes away any chance of “can I have another go” or “that was too short I wanna go again” moments, especially with kids.

Crash 4 is a whole lot of fun and really solid, worthwhile sequel to the originals, and it doesn’t hurt that it nearly looks as good as a Pixar film. I’ve really enjoyed the clean, fun gaming experience, especially when playing with my kid.