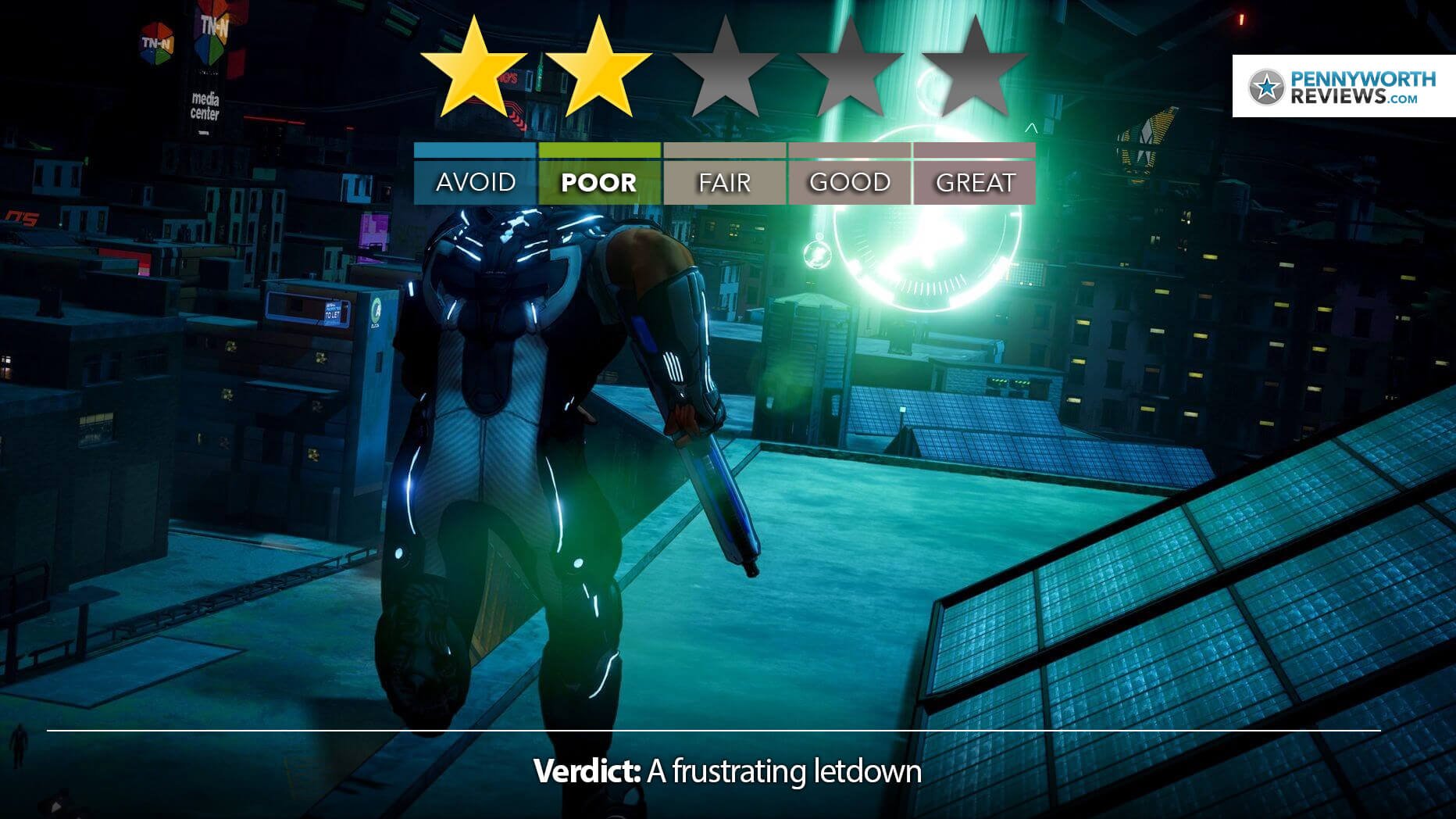 What is it? The long awaited third entry in a series of games where you play as a super agent that leaps and drives around a crime-ridden city,  providing justice via kicks, punches, guns and your agency vehicles – Reviewed on Xbox One. Also available on PC

Verdict: A frustrating letdown, I would honestly rather replay the original on backwards-compatibility.

I’m a huge fan of the first Crackdown, it not only provided me with hours of fun but I formed friendships through its co-op mode that lasted years. I loved the progression and heroine-level addiction I had to hunting orbs, and those transforming agency cars were just the coolest, weren’t they?

I don’t know how it’s possible, but Crackdown 3 unfortunately does almost nothing to really push the series forward, and what’s worse is that I think the original feels and plays better. The control scheme has gone nearly unchanged too, and while we may have accepted and used the control scheme back then, these controls have no place coming in this more modern era of improved controller systems and layouts. The gameplay just isn’t that much fun either. It constantly feels like you’re just being pasted with fire from too many directions all at once, and in co-op mode it somehow felt worse, with the included challenge of controller input-lag… how is that even possible in 2019? The multiplayer modes… honestly aren’t worth even looking at.

There isn’t much of a story either and the humour and voice-overs from the agency folks feels pretty lame and gets tired really quick. I wish I could say it was really bad, but maybe worse… it’s old and uninteresting despite being dressed in such shiny clothing.

I’m really disappointed in Crackdown 3, it’s only mildly worth your time if you get it “free” on GamePass.