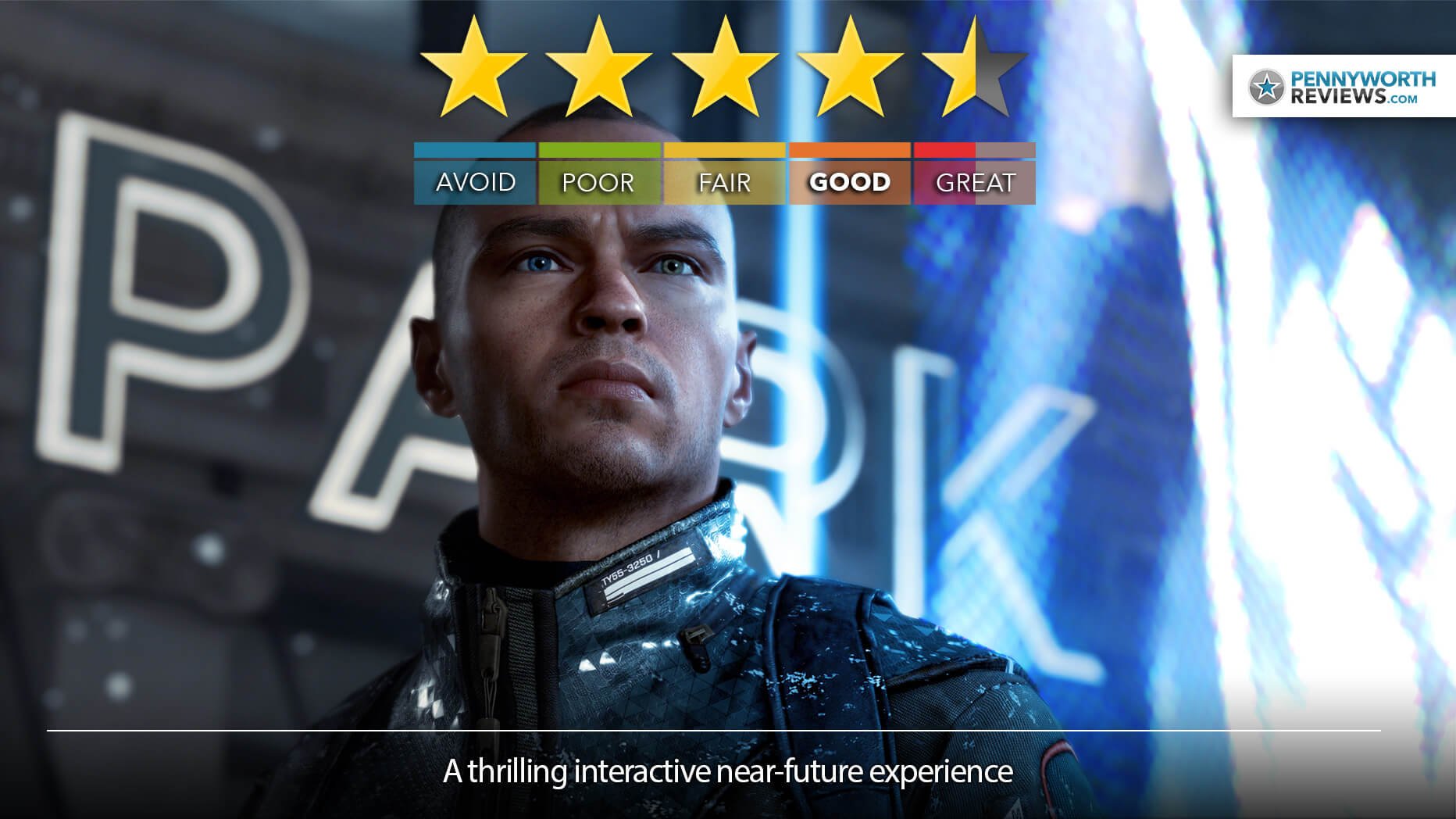 What is it? A realistic “interactive movie” experience that uses a blend of movement, interface and “quicktime” inputs to control actions and decisions that ultimately make huge differences to the variety of paths and endings of the stories it tells. It follows three different Androids in the near-future setting of Detroit, USA in 2038 where glitches are causing some Androids (created only to serve humans) to develop human-like traits. – Reviewed on PS4 Pro

Verdict: Thrilling – It’s a blend of cool tech, film and video gaming… and I’m a big fan of all three.

Detroit: Become Human delivers a stunning look at near-future sci-fi and tunes into our very recent fascination with true Artificial Intelligence and its place in our future. In many ways the game actually shares many of the same themes tackled by HBO’s Westworld TV series and might feel familiar to fans of the film Ex-Machina.

You spend a lot of your time walking your characters around and investigating your surroundings, while most action sequences are dealt with using “quicktime” controls and time limited responses in conversation (Think of a much bigger, hyper-realistic Telltale game). The controls are fine for what they are, but the system does stumble occasionally as I struggled to get some of the “tilt” controls to work and it can be a bit of a nightmare for anyone with any disabilities, or even just aches and pains. It does get intense though, and had my heart rate way up as I tried desperately to hit the right buttons and make the right choices to save the lives of these characters I had fallen in love with.

It’s not an exaggeration to say that your choices and successes/failures lead to a huge variance in how the story can play out. While “my” story of Markus, Kara and Connor was completed with a pretty satisfactory conclusion, the ability to replay sections allowed me to try some different decisions and realise just how different the endings/paths. One playthrough will deliver a pretty unique story to you, and comparing notes with your friends will likely lead to some interesting conversation about how different the stories went or where you ended up. Some can be pretty heartwarming, while others are bleak as all hell.

While some of the environments can feel a bit “videogamey” at times, the visuals are often unbelievable, and the close-ups and general shots of people are starting to reach cinema-CG levels of details – perfect for near-perfect Androids. I was also bowled-over by the incredible performances (and how well they were captured) by a cast that includes Clancy Brown, Lance Henrikson, Jesse Williams and Minka Kelly. It’s all complimented with an amazing score (each main character has their own) and a level of polish that reassures you that you are playing something of quality.

You might want to criticise a bit of the writing and how it fails to really say anything solid about the themes it tackles, but all is quickly forgiven when you realise that a script containing thousands of pages and variations could never get the same level of polish and quality that a single story could benefit from, and that you most definitely won’t be able to hear everything it has to say in just one playthrough of the chapters . I loved the story I crafted, and I can’t stop going back to see what else was possible.