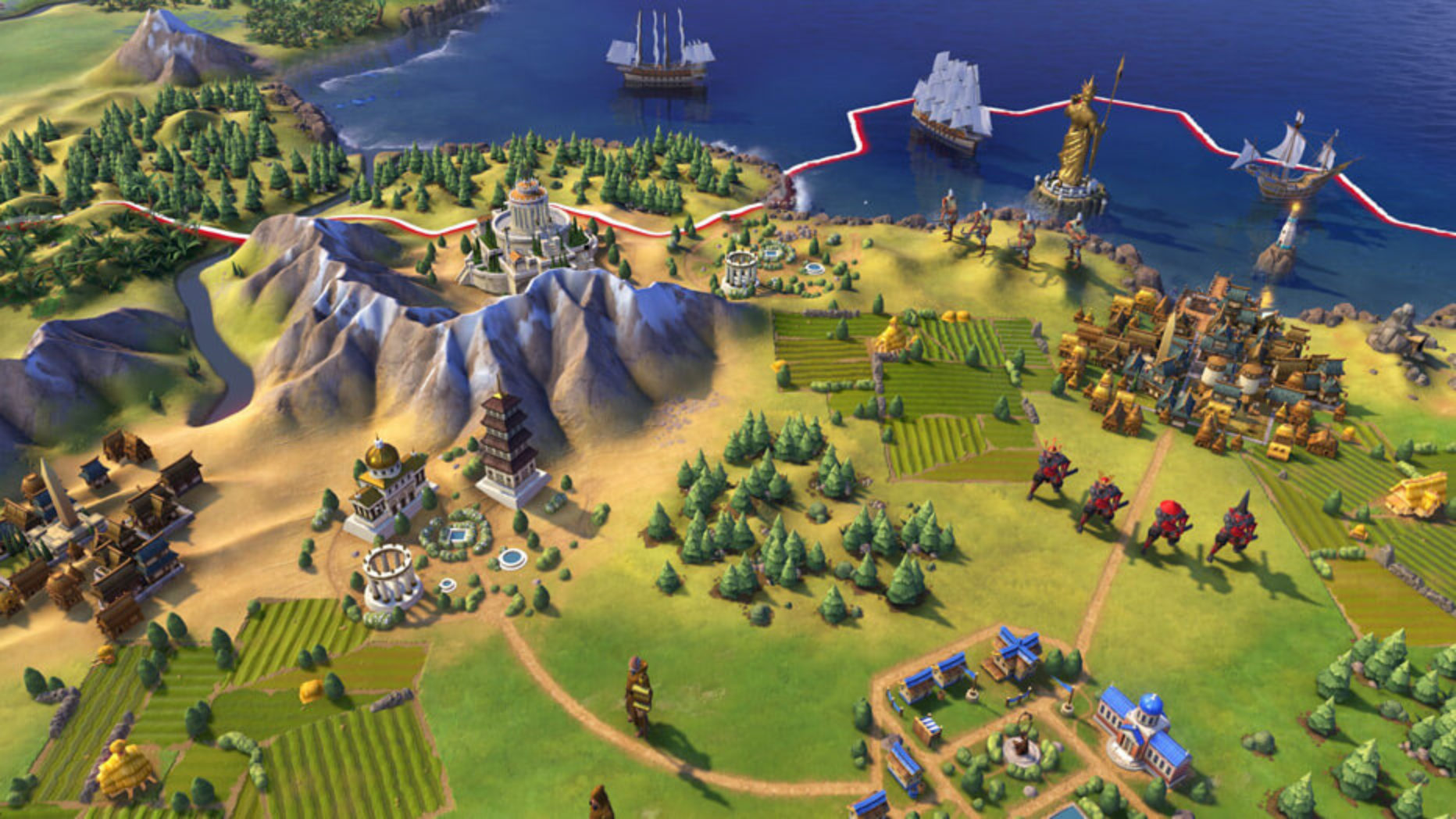 The one game you’ll want to be stuck on an island with!

Civilization VI PC Review | To Infinity and Beyond!

What is it? A turn-based strategy game spanning the entire human race’s historical development.

Verdict: An epic with no equal, Civilization VI is the one game you can play forever.

Summing up a game that spans an entire civilization in a single review is simply not possible, so I won’t even try. Civilization VI is the one game I want to be stuck with on a deserted island. The end.

The game is a turn-based strategy game where diplomacy, city building, planning, warfare, research, espionage, exploration and discovery all have an equally important role in order to achieve success. Success can come in one of a variety of ways. Become the first nation to colonise Mars, conquer all other nations on the battlefields, convert other nations to your religion, or be the most cultured nation of all. It sounds like a nightmare to manage, but the brilliance of Civilization VI is in the way all of this information is presented to you. Everything is succinct and to the point when it needs to be, and immersive and descriptive when it wants to be, all while having the right information at your finger tips to make informed decisions.

You will attempt to take your struggling nation from a single settler to an all ruling mega-nation. I say attempt, as you will fail, often. The AI opposition can be extremely conniving, backstabbing little horrors. Keeping one of them happy will anger another, and thus war is often inevitable.

The tech research and civics research has been split up for the first time, allowing you to get a better focus on your goals. Developing your cities also has a more intricate system where districts can now be placed, allowing your city to be more spread out rather than having all buildings in the city centre. This also means some sacrifices will have to be made, so if you wanted to build the Eiffel Tower you might have to give up a farm to do so.

In the few days that I have played Civilization VI I quickly fell in love with it. It surpasses the technical, strategic resource management and planning from Civ 4 and yet feels simpler and easier to manage than the often considered dumbed down Civ 5. It is the perfect progression for the series, and already feels so complete that I cannot see how they will release any DLC, and that’s a good thing in my book.

Now, let me quickly play one more turn before I go to bed!