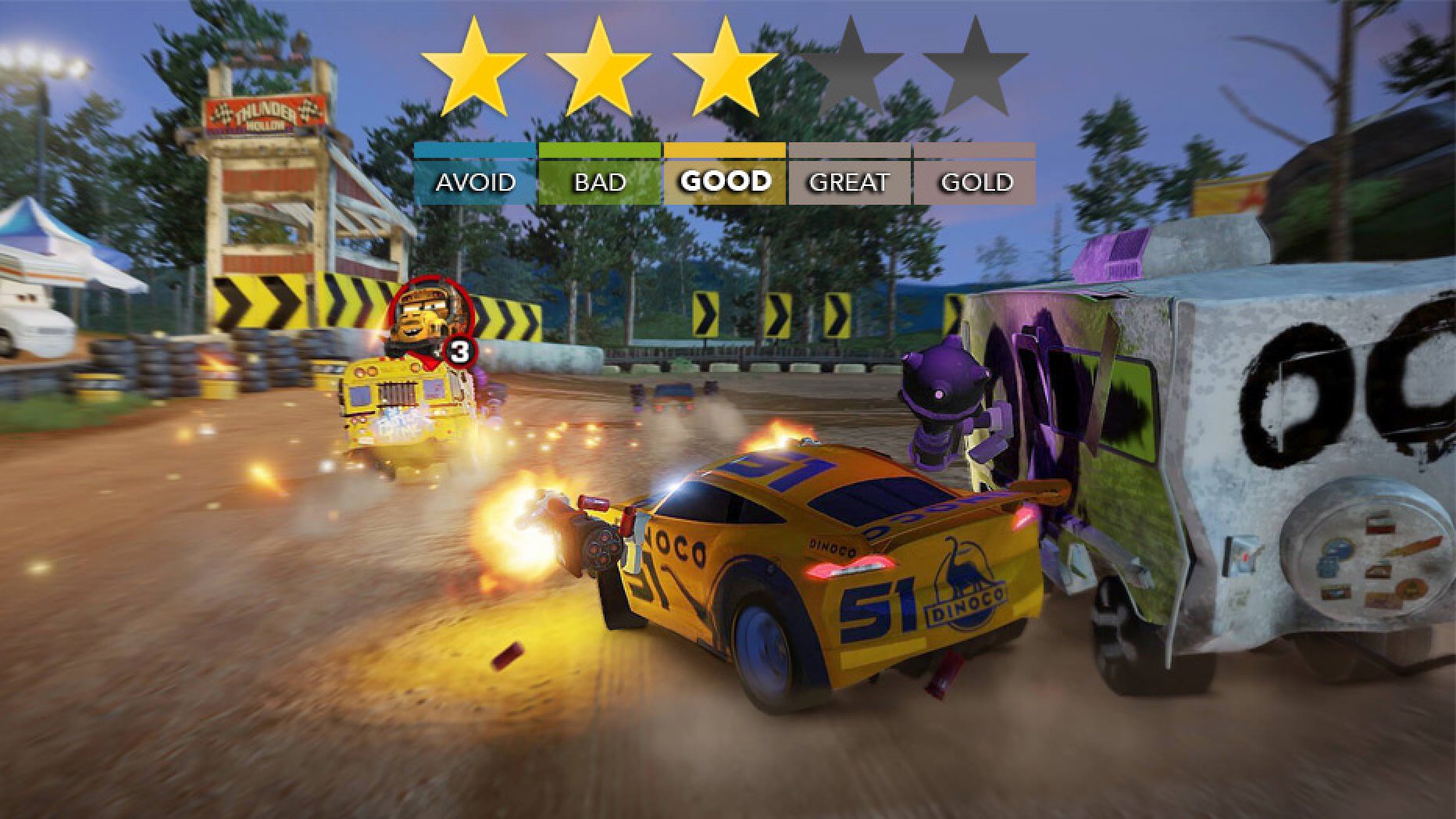 As far as licensed arcade racers go, you could do far worse

Summary 3.0 Good
Gameplay 5
Quality 5
Experience 5
Value 5
Summary rating from 1 user's marks. You can set own marks for this article - just click on stars above and press "Accept".
Accept
Summary 5.0 Great

What is it? A casual arcade racing game for younger audiences based on the Pixar animated movie. – Reviewed on PS4

Verdict: Not bad – Has lots of familiar characters/vehicles to choose from and takes a few pages from other modern racers for a fresh way to keep kids entertained.

Licensed games can be pretty terrible… but your job as a creator isn’t that hard when you have films about car racing, with car characters and an audience that’s pretty easy to please. Cars 3 is no Mario Kart, but to be fair it’s done its fair share of effort to try and be something different that’s not only drifting around tracks and shooting power-ups. By taking some ideas from games like DRIVECLUB such as including tasks such as drifting, driving backwards and driving on two wheels into the races in marked areas, you’ve got more to do than just go fast around the track (and are rewarded with boost for doing so, so that you can go fast anyways).

The game looks pretty nice too and ultimately plays decently as well. Look, it’s not going to do much more than keep young children entertained for extended periods of time – but it’s got some pretty decent content and it’s decently fun to play – especially if you don’t own something that plays Mario Kart.