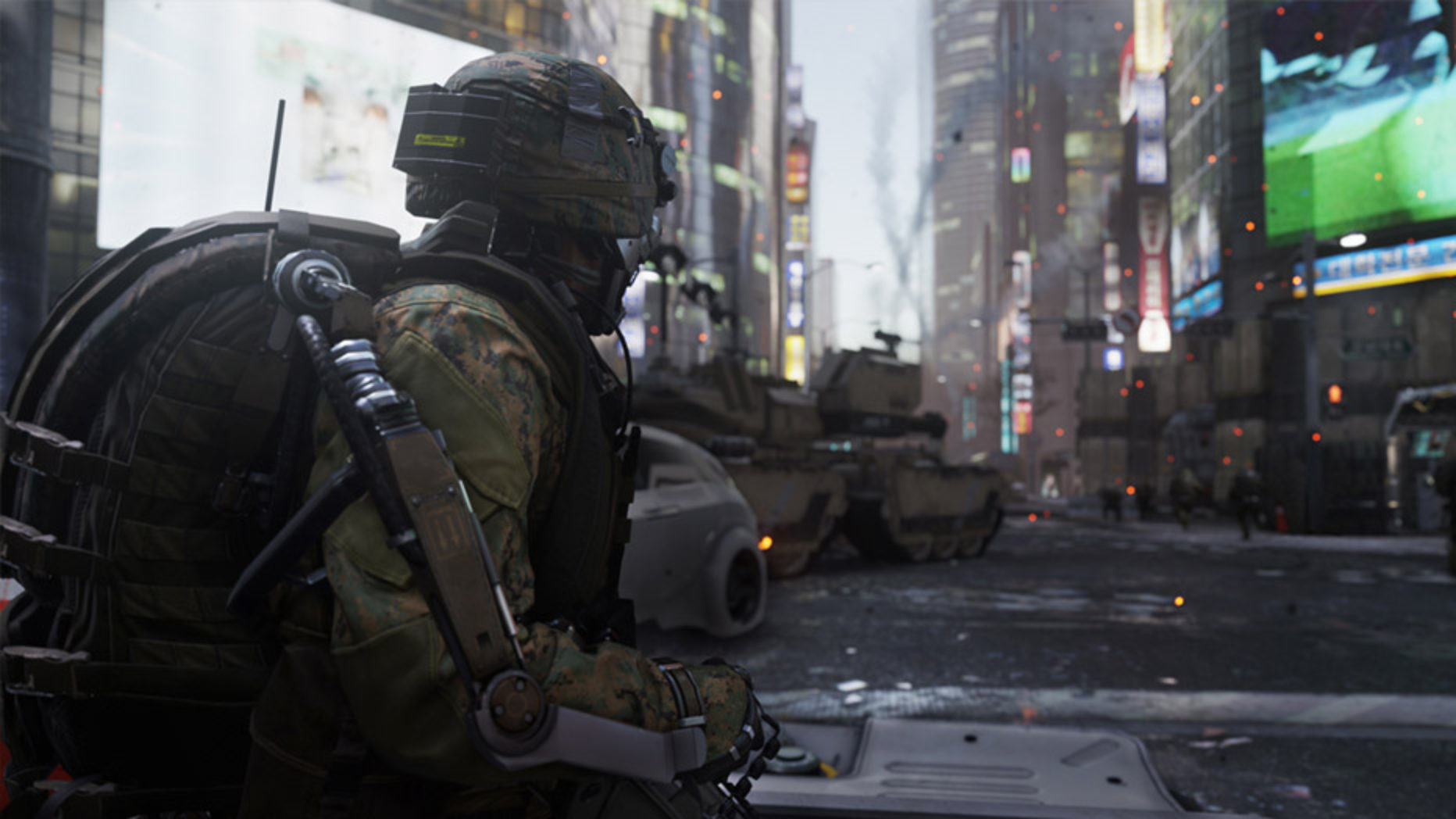 What is it? The next of the famous Call of Duty shooters that changes up the franchise with a move to future-based warfare that includes Elysium-styled exo-suits that give soldiers superhuman abilities such as boost jumping, cool gadgets and super strength.

The Call of Duty franchise has been in desperate need of a fresh, new direction and Advanced Warfare has arrived as the answer we have all been looking for, with both the single and multi-player bringing with them a fresh, exciting and fun package of goods. The campaign may only clock in at around 6 hours but is filled with variety, great cutscenes, character animations and drop-dead gorgeous visuals all running at a super slick sixty frames per second.

Multiplayer is equally as exhilarating, with the exo-suit abilities totally changing the way that the game plays, allowing for insane mobility thanks to double jumps and boost dodging. There’s lots of customisation, prestige remains and there’s a co-op ‘horde/wave’ mode that can be played online or locally with friends too.

Call of Duty is back in business with a fresh new approach that’s every bit as slick to play as it is beautiful to look at.