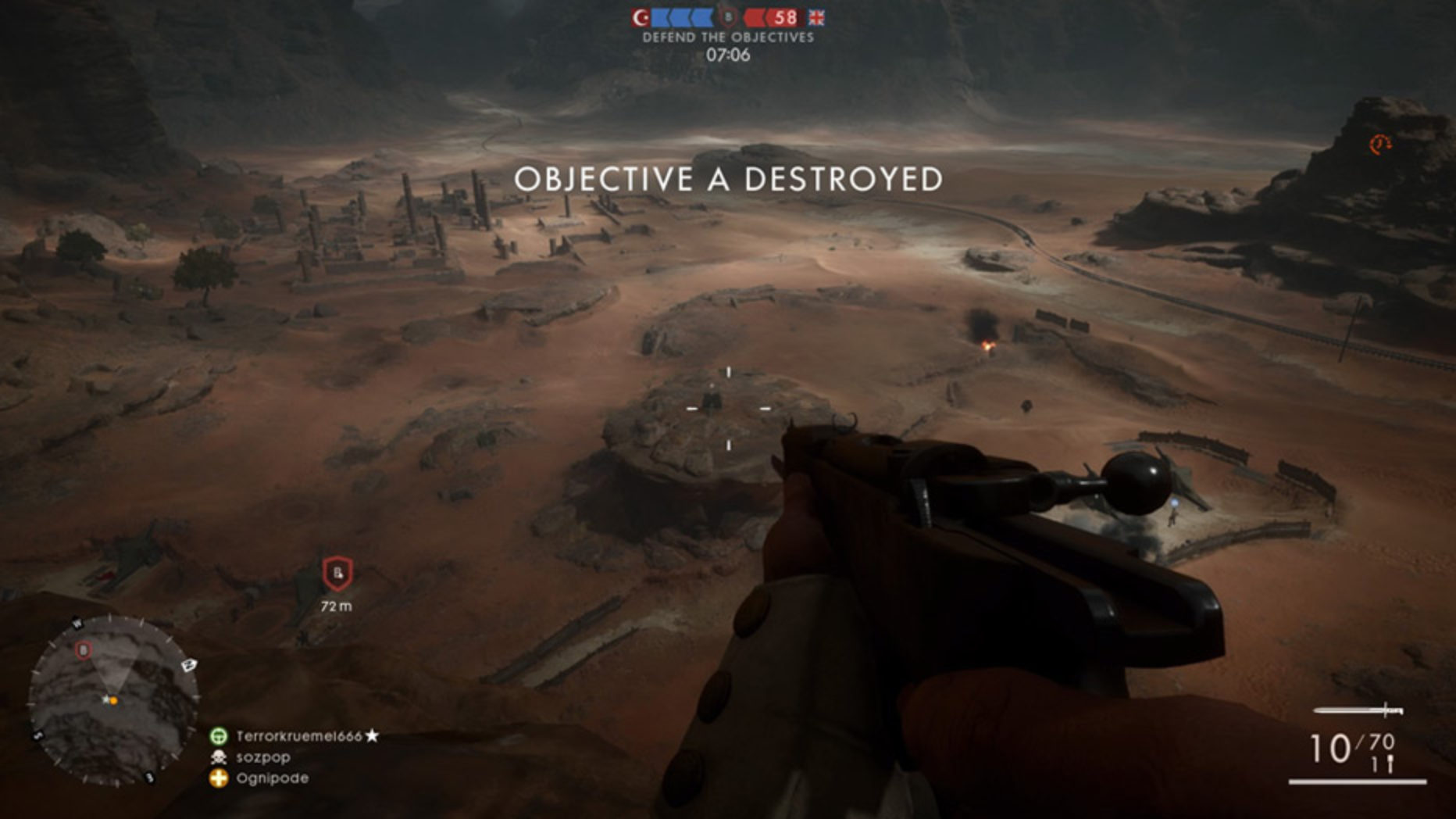 Familiar yet fresh. Epic online multiplayer at its best, with a decent story campaign to boot

What is it? A large scale war shooter that includes playing on massive maps with up to 64 players using different soldier classes and also includes the ability to drive tanks, fly planes and control a host of other vehicles. It also includes a 5-6 hour single player campaign.

Battlefield finally comes to World War 1, and who knew that The Great War would fit so very perfectly into the franchise.

With fancy tech out of the window, Battlefield 1 offers up an experience closer to the much beloved Battlefield 1942 and gives all the weapons and equipment a much more hands-on and mechanical feel. Much like shifting gears in a big-engined 70s muscle car with a stick shift, it might not be as quick and practical as a modern paddle-shift sports car, but I’ll be damned if it isn’t 100% more satisfying.

The game’s single player campaign is actually made up of around 5-6 short war stories each containing a few chapters that range from being in a tank crew or on a pilot’s adventures to sneaking around as an Arabian soldier fighting alongside Lawrence of Arabia. Despite having jaw-dropping visuals and being surprisingly comfortable with offering up quieter moments in the gameplay and cutscenes, the “stories” concept does end up making the campaign feel a little like a set of tutorials (albeit some awesome ones) and I would have much rather liked to have had them all woven together in a greater tale that has us bouncing around between different characters like in a novel, and in so doing also changing up and returning to certain gameplay types as you go along.

While the campaign does deserve a hat tip, the real bread and butter has and forever will be the explosive and wildly unpredictable multiplayer. With the exception of one or two maps, everything is a lot more grounded than previous titles, especially without choppers and skyscrapers to take things vertical but you will still find comfort in familiar classes and roles to play. Classic Battlefield destruction also returns and is once more one of the defining features of the experience as a tank reduces the building you’re in to rubble, leaving you and your squad scrambling for cover. Conquest and Rush also return as favourite modes, but some additional modes are there for a bit of variety and all new “Operations” serves as a strange sort of mix between a conquest/rush hybrid multiplayer campaign mode and is definitely worth paying a visit, especially for newcomers.

Verdict: In many ways, Battlefield 1 finally returns us all home to the original Battlefield experience we loved to begin with. It’s still adventurous and completely deadly, but trades out the cold precision of Modern Warfare for a more personal style of warfare that remains challenging while still remembering that we’re all actually here to have a bit of fun.