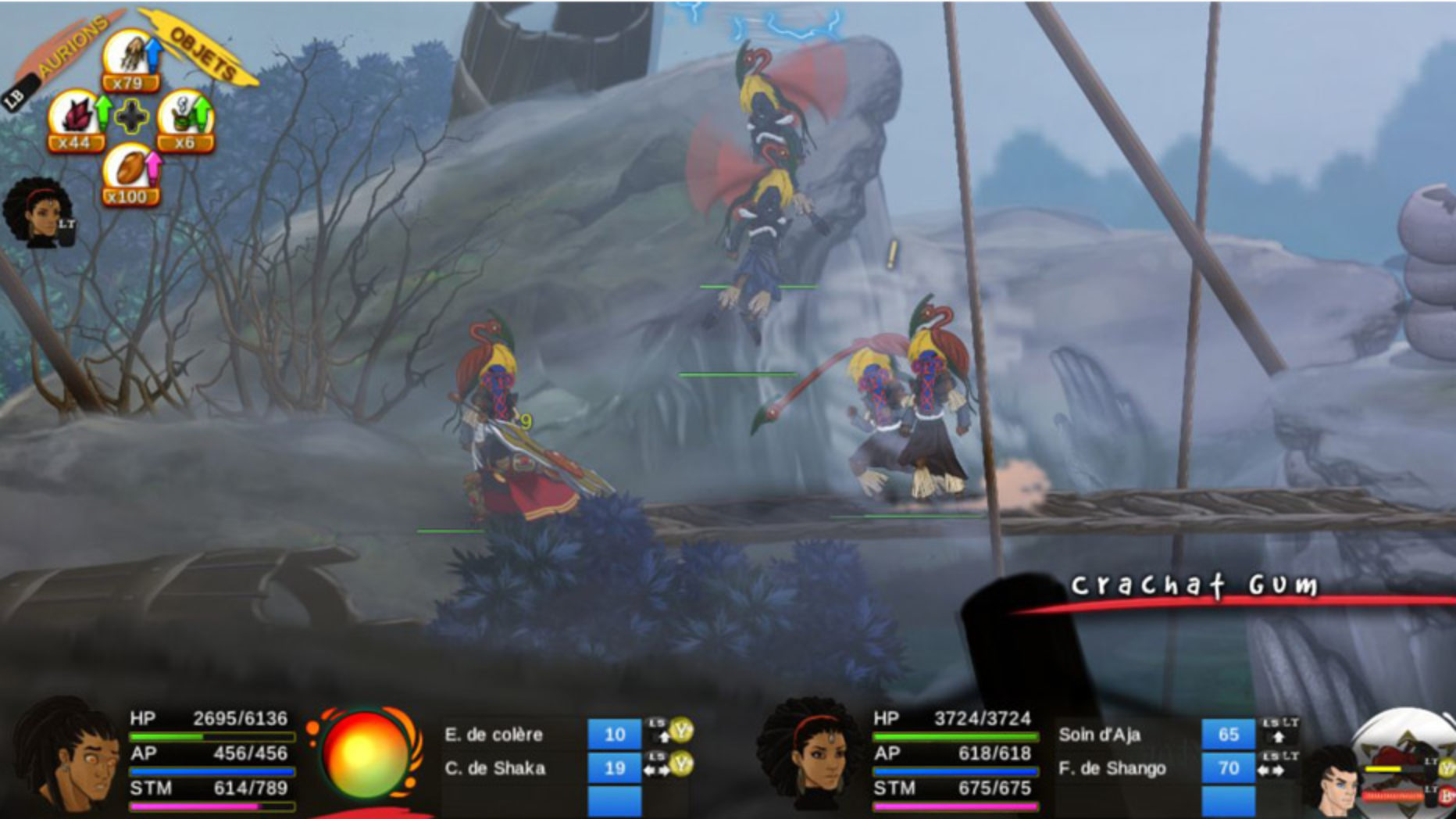 With love, from Africa!

Aurion: The Legacy of the Kori-Odan Review

What is it? A 2D action adventure RPG that plays like a beat’em up, based on fantasy African mythology, developed by a studio based in Cameroon – Reviewed on PC

Verdict: Beautiful and vibrant. A worthy game for the world, with love from Africa.

Aurion: The Legacy of the Kori-Odan is a game that is exactly the sum of its parts. The game feels like a product of love and dedication and while visually rather good, it has a low budget feel to it that adds to the character of the overall experience.

Firstly, the most obvious part of the game is the African fantasy setting. A well fleshed out world, beautifully drawn and with well written backstories, is presented in a vibrant combination of 2D cut-scenes and real-time gameplay. Big action and exploration combine in a believable world that you are convinced exists somewhere in the forests of central Africa.

However, if I have to gripe, is that the game needs some voice acting. The game, being a well developed RPG with a brand new world’s lore to discover, has a lot of text that needs reading. I might be lazy, yes, but voice-overs will go a long way to submersing players even more.

“[Aurion] has an attention to detail and lore not found in many games with 10 times the budget.”

Secondly, Aurion is an action RPG with a real-time combat system that won’t feel too strange to you if you are used to fighting games. Combos and power-ups allow the player to be as creative as they desire to vanquish enemies. Boss fights will quickly point out your weaknesses and thankfully the auto-save function allows you to try again and learn from your mistakes. Using the support character and knowing when to channel your ancestors becomes critical to success.

The combat might end up feeling a bit monotonous if you are bashing buttons, hoping for success but somewhere along the way the Aurion powers and combos will fall in place and change the combat from near frustration to a system that makes you feel powerful.

Finally, Aurion is a platforming and exploration game. That means a lot of running around, trying to climb up walls, swim in the ocean and find collectible power-ups.

I have a special love for Aurion since it is from an African developer and has an attention to detail and lore not found in many games with 10 times the budget. The interesting fighting and very decent story combine to make me proud to call this game an African gem.