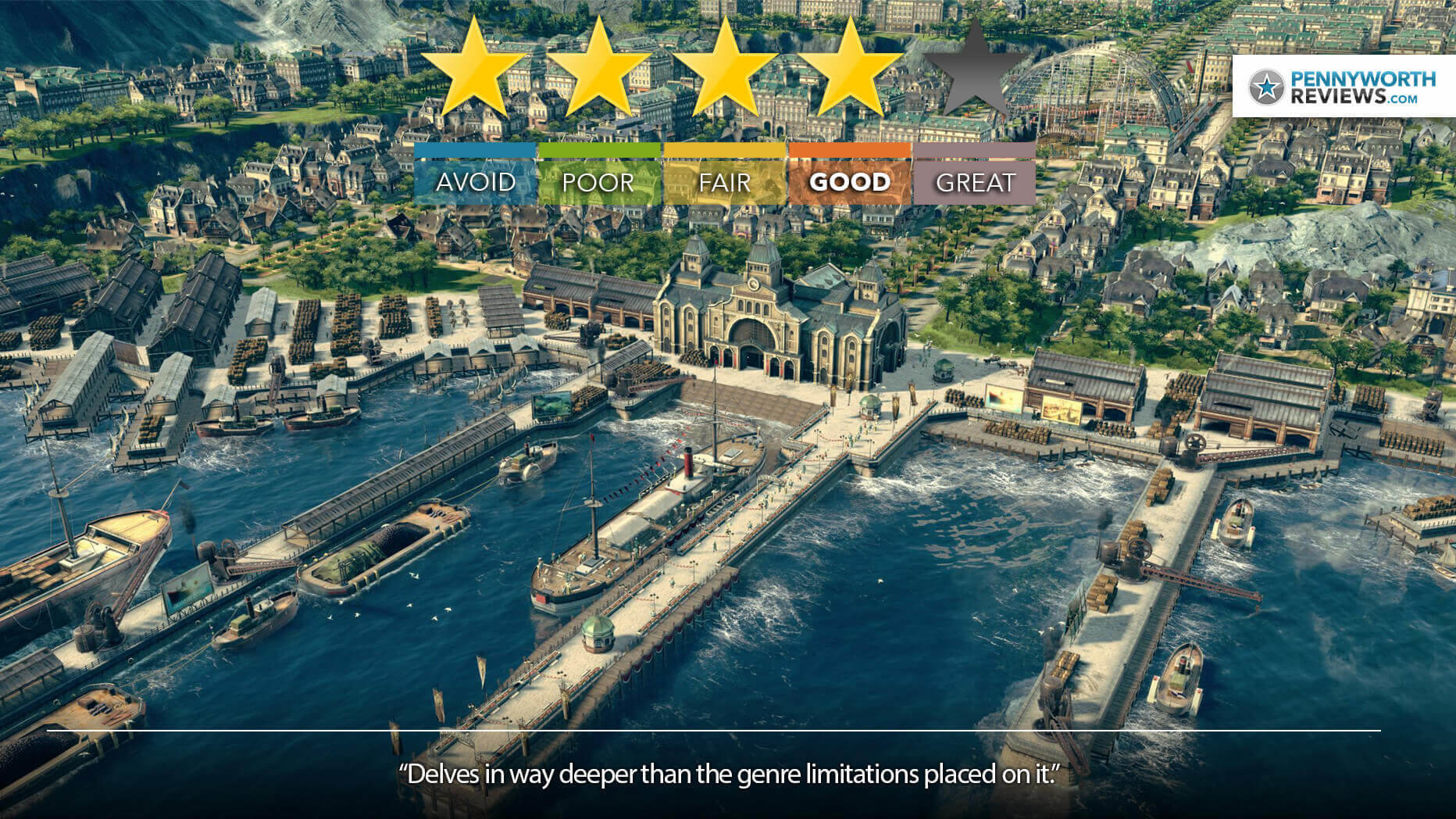 Delves in way deeper than the genre limitations placed on it

Summary 4.0 Great
Gameplay 4
Quality 5
Experience 4
Value 4
Summary rating from 1 user's marks. You can set own marks for this article - just click on stars above and press "Accept".
Accept
Summary 4.3 Great

What is it?A city building and trading strategy game.

Verdict: A game that delves in way deeper than the genre limitations placed on it.

Imagine living in the 1800’s during the industrial revolution. You just arrive on a newly discovered island and decide this is where you want to kick off your legacy. You found a town, build some houses and farms. You think Anno 1800 is just another city building game.

Then you realise that people need to be balanced according to their social class and stature like farmers and artisans. OK, easy so far. But when you discover that all resources follow a very strict supply and demand chain, and is vital to progress in the game, you decide that this no ordinary city building game. At last your city seems to be flourishing, and your island is bursting at the seams with resources and people. So you build some ships, explore the seas and settle on more islands. Along the way you develop some of the most detailed trade routes this side of Singapore. This is turning into one heck of a strategy game.

Finally your social classes kick it up a notch and the rich demand more goods, the lower classes cannot keep up and the whole economy collapses. In the meantime pirates have plundered your ships and your political savvy left your legacy in the dumps. Welcome to the industrial revolution!

Anno 1800 is a brilliant city building and trading game with everything the patient gamer needs. It is beautiful and very detailed, but it really can drag its heels in getting to some of the good stuff. None of the frustration I experienced comes from the interface, however, with a very traditional city building interface making for simple building (think SimCity and Cities Skylines). The detailed yet simple design continues all the way down to the political engine where alliances and treaties will be formed (or abolished).

As a modern game it looks a little standard with no real “wow” moments. In busy cities the game felt sluggish with some engine problems, even though I have a pretty monster PC. The sound design is great with bantering citizens and even a narrator telling me I need coffee after 2 solid hours of playing.

Budding entrepreneurs and world conquerors sign up now. In this genre it is the only real option!