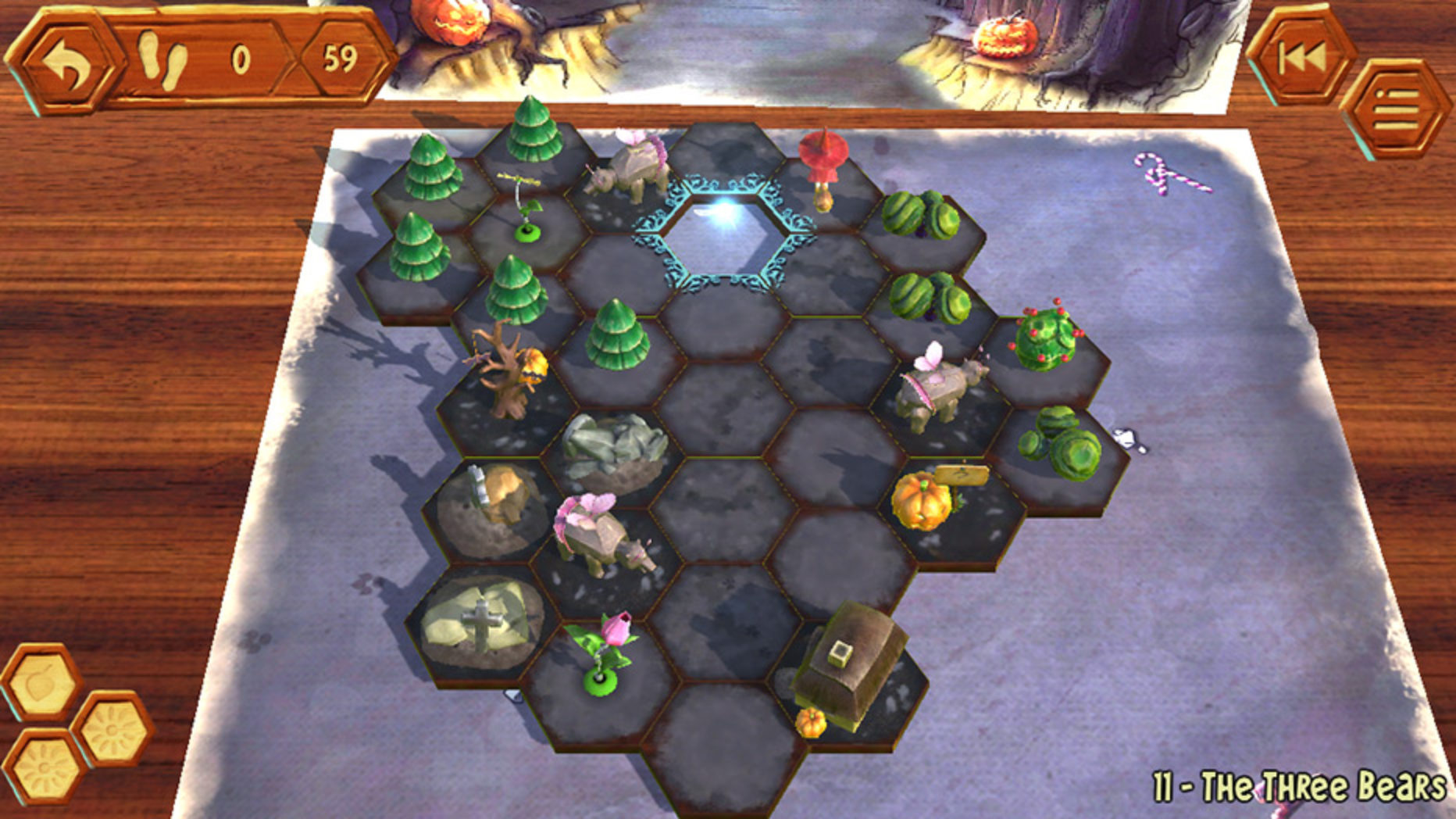 A Day In The Woods: Halloween Update – Review | iOS

What is it? A tile-based puzzle game that has you trying to get Little Red Riding hood to the house at the end of the level by shifting hexagonal tiles around while attempting to avoid dangers and collect items.

In a world where mobile games have become more about micro-transactions built around devious free-to-play systems its always nice to come across a good and honest purchasable game to play through on your mobile device. South African developer RetroEpic have put together a whimsical puzzle game with beautifully themed visuals and music that works around the idea of Little Red Riding Hood character trying to find Grandma’s house, and has you working to figure out how to shift the tiles around on the table to collect goodies, avoid baddies and reach the house.

The game allows for some theming and customisation, and the Halloween Update which is the version I reviewed adds a new Halloween visual theme just in time to get you in the mood for the celebrations (if you’re reading this near the time of writing). The game is stacked with 60 puzzles, and if you are trying to 3-star them by completing all objectives (which really is the challenge) then its going to take you a fair amount of dentist waiting-room sessions to get through.

If we had any complaints its that while it played really great on the iPad,  on an iPhone 5S and lower the game board is a little too small on the screen and caused a little difficulty in both seeing and interacting with it, nothing that caused us enough bother to have to restart a level or stop playing from eye-strain, though.

For $3.99 (R54.00) it might not be anything revolutionary, but still very much a fun and challenging little puzzle game that both looks and sound nice, especially for something you can whip out and play for quick bursts over a long period of time.