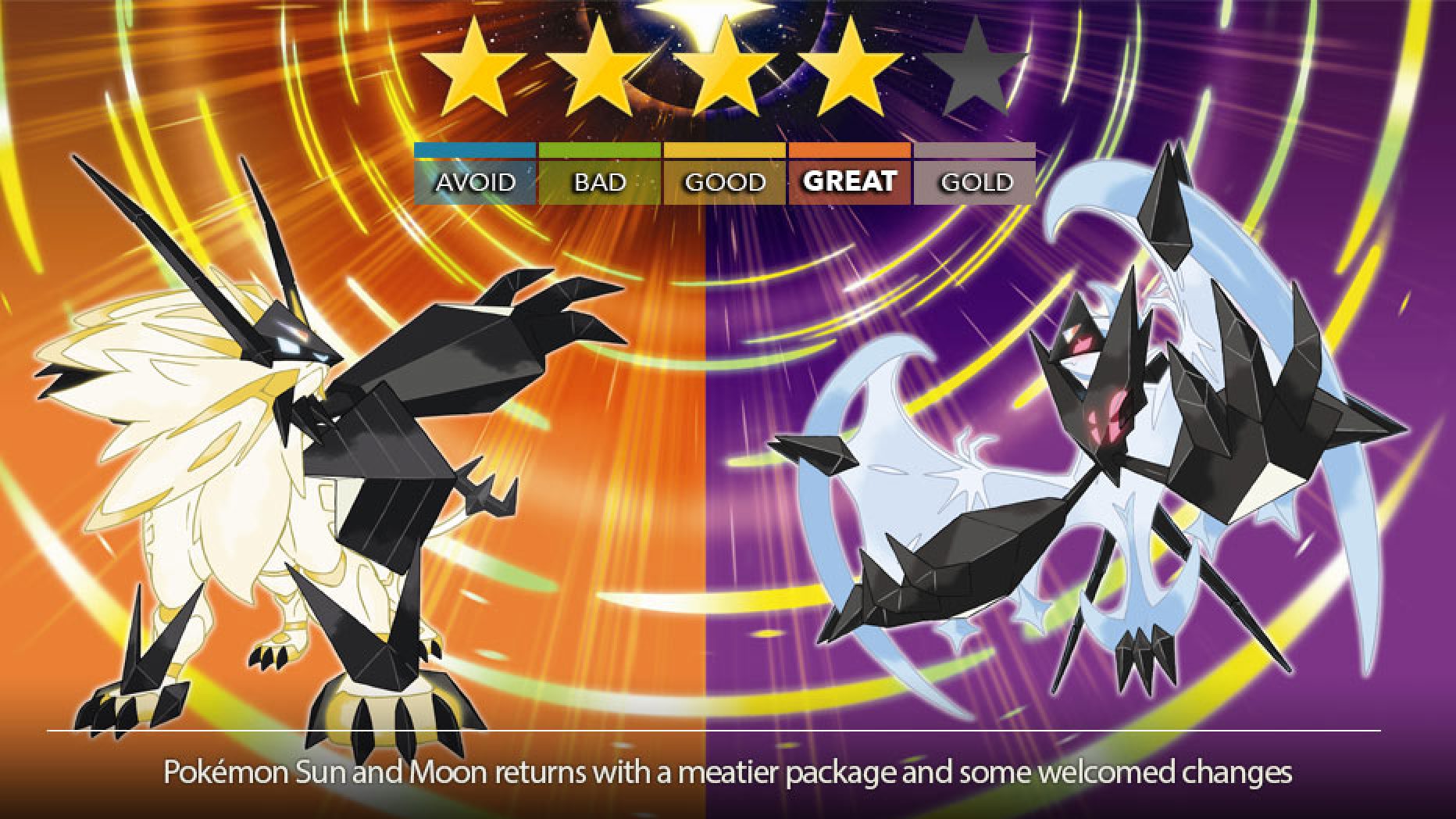 What is it? A Japanese RPG in which you capture, train and battle other Pokémon in an adventure that takes you all around a series of islands across the Alola Region. Additionally, you’ll be able to traverse through Ultra Wormholes to different dimensions to hunt for more Pokémon to catch. – Reviewed on 3DS

Verdict: Great! More to do, more ways to do it and ultimately more Pokémon to catch. What more could you ask for?

Pokémon Ultra Sun and Moon is a big step up from 2016’s original Sun and Moon and it’s more than just the gameplay; from the narrative, to the UI, it feels as if everything has seen some sort of change or upgrade. While the narrative has seen some fairly subtle changes, it’s still pretty much the same, which can be a little disappointing for returning players. I’m not going to lie though, as a returning player, I still enjoyed the small changes that Ultra Sun and Moon had to offer.

More Pokémon have also been added to the games, just over a hundred, to be more specific. The version specifics from Sun and Moon carry over to the relevant Ultra counterparts, but the fact that there are more mons to catch that weren’t previously in either game allows for a different playthrough and strategies.

Right off the bat, you’ll notice that many of the dialogue-heavy sequences have been trimmed somewhat. This is especially true when it comes to very start of the game; you’re actually able to jump into the action a lot sooner and are able to choose your starter Pokémon within the first 5 minutes.

I think one of my favourite new features is the Ultra Wormholes. You get to ride a Legendary Pokémon through Ultra Space in order to possibly find monsters that are new to the Alola Region or some incredibly rare Legendary Pokémon.