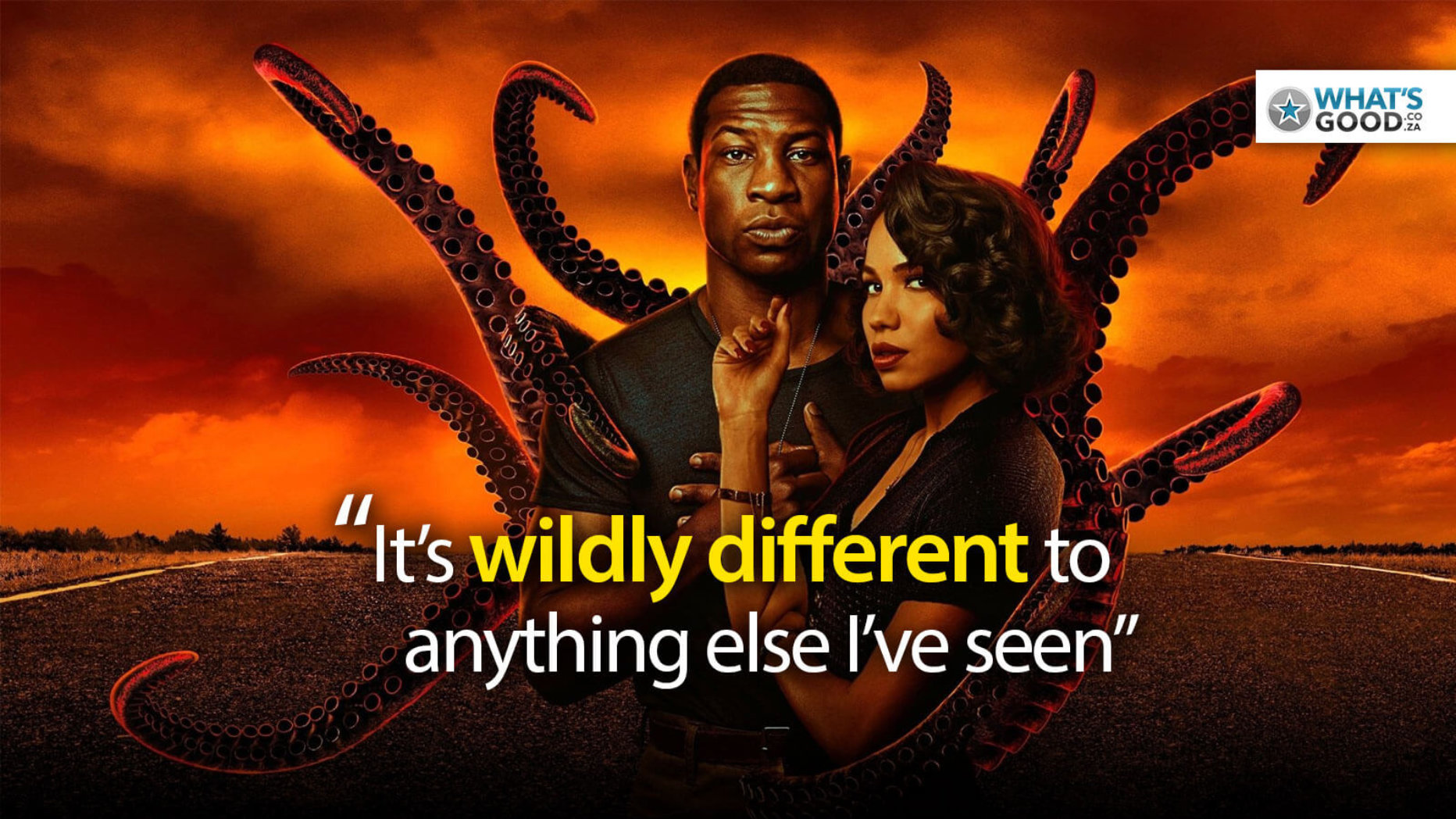 What is it? Lovecraft Country is what happens when someone looks at the Oscar winning movie Green Book and says “hey what would happen if we made this a TV series but then added some really freaky shit”. It’s produced by HBO but available in South Africa on DSTV and Showmax.

Lovecraft Country is 10 episodes long and takes place in Jim Crow (racial segregation laws) 1950s America. It begins with an African-American soldier returning from the Korean war to travel the country and find his missing father and then evolves into something completely different.

What begins as a story about black struggles in segregated America quickly goes to absolute hell when the show takes a very supernatural turn. If you’re looking for a comparison there really isn’t one, although I guess I could get off saying that it’s Twilight Zone meets Green Book, but that still wouldn’t be entirely accurate or do it any justice.

The lead characters are played by Jurnee Smollett (Birds of Prey) and Jonathan Majors (Da 5 Bloods), playing the roles of Letitia Lewis and Atticus Freeman, and the writing does an incredible job of redefining what a protagonist man and woman should be. While the setting and events can be batshit crazy, the world is still grounded in reality and its lead characters come across as more than just character moulds that behave the way you’d expect.

I found Atticus to be especially interesting, as he is a returning soldier complete with a muscular body that bulges everywhere, and yet he is a book nerd at heart, and constantly fails at attempts to hide his emotions.

Lovecraft Country isn’t afraid to genre-hop whenever it feels like it; one episode will feel like straight-up horror and the next can feel like National Treasure, Selma, or Flash Gordon. It really has no boundaries.

The first few episodes actually gave me a bit of a mixed feeling, in that I found it intriguing but wasn’t sure if I felt fully invested in it but the further you watch the more you are drawn in to its fantastical story, family bonds and unbelievable special effects.

Ghosts Of The Past

While this show can be batshit crazy, the message behind it all is still a harsh reminder of the the way people of colour were treated, which falls back on the old horror theme that even when there *are* monsters out there, people can often be worse. The fact that it manages to deliver such a heavy content in such an insane, entertaining way is truly commendable.

While I wouldn’t necessarily call it a downside, it’s worth nothing that the only reason you might be put off of the show is that it can get a bit pretty scary at times, and really gory – like, really nasty. So you’ve been warned about that. It’s for grown ups.

Lovecraft Country is the perfect Halloween fix for those wanting to watch something that fits into the theme of the spooky and supernatural but don’t wan’t to put themselves through full-on Horror shows/films. It’s wildly different to almost anything I’ve seen and a real joy to experience. I definitely recommend you check it out.