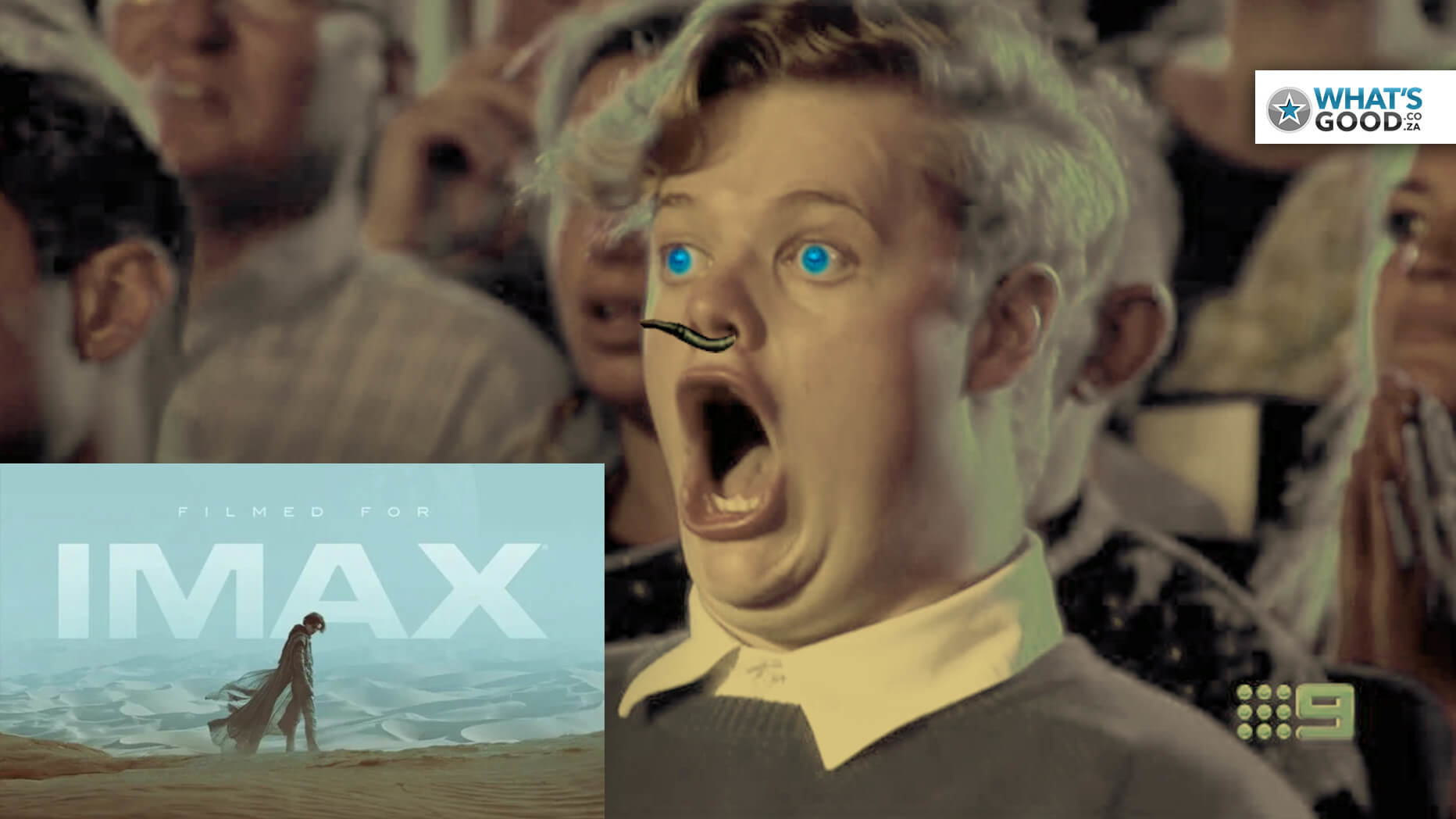 DUNE is an incredible film, but there’s nothing like seeing it in the IMAX

Dune: Part One is finally out, and it’s strong opening week has just secured a greenlight for the sequel that it most definitely deserves/requires.

If you don’t know what it is, the short version is that it’s a Sci-Fi Epic based on Frank Herbert’s novel, and if I had to compare it to anything, I’d say it is to Sci-Fi what Lord of the Rings was to fantasy films, although more serious and little less filled with whimsy and wonder.

Dune’s director, Denis Villeneuve, has made a lot of noise about how much effort and time was spent crafting DUNE into the ultimate theatrical experience, and after seeing it in the IMAX, I now know why. Of course, the film has released in the middle of a pandemic caused by a very nasty virus (one I’ve experienced personally and 0/10 WOULD NOT RECOMMEND getting), so it almost goes without saying that I’d highly recommend only going if you’re vaccinated and/or completely sure you’re gonna be safe.

Lord of the Dune

Dune isn’t just a movie, it’s a spectacle and a proper epic, almost like those of old – and yet it’s one of the most new and stunning things you’ll ever see. While the film is strong enough to hold its own in a normal cinema, or even on your home TV setup, there’s just no doubt that this is a film designed from top to bottom as an IMAX experience.

It’s not just about big screens and impressive visuals though, the film’s sound design and musical score is breathtaking, and while our IMAX felt like it had the sound cranked up a notch too high at times, we still couldn’t deny the magnificent trade off. I’ll be honest too though, the 3D was a little hit and miss for me. While at times, it helped sell the scale of the film so well, there were also times when it just felt distracting. As much as I did enjoy some of the 3D, I also look forward to seeing it in plain ol’ flat, too.

The film is a bit of a slow-burn, and takes its time to develop characters as much as it isn’t also unafraid to offer up and linger on truly spectacular scenes of pure scale or artful moments for the viewer to soak in. Something, once again, best suited to the biggest-ass screen you’re able to get your butts in front of. That said, once the moments of awe have had their time in the spotlight, things ramp up to 11 and you’re treated to a lot of the great action you want from a huge sci-fi epic like this.

It’s also worth nothing that the cast in this film is RIDICULOUS, with talent like Oscar Isaac, Rebecca Ferguson, Timothée Chalamet (his performance in this movie is astounding), Zendaya, Javier Bardem, Stellan Skarsgård, Josh Brolin and even more.

I don’t think Dune will be for absolutely everyone (what is, really?), as the slower pace and sci-fi might put some people looking for a dumb action movie off. That said, it really feels more like a beautiful theatrical (I’m gonna say it one more time) epic, rather than some sort of Star Wars or Marvel movie.

There’s just absolutely no doubt that it’s best experienced in IMAX though, as it was created for it. It’s not going to be there for very long, so if you’re able, and it’s safe to do so for you, then I’d definitely recommend it!

A mythic and emotionally charged hero’s journey, “Dune” tells the story of Paul Atreides, a brilliant and gifted young man born into a great destiny beyond his understanding, who must travel to the most dangerous planet in the universe to ensure the future of his family and his people. As malevolent forces explode into conflict over the planet’s exclusive supply of the most precious resource in existence—a commodity capable of unlocking humanity’s greatest potential—only those who can conquer their fear will survive.

Timothée Chalamet (“Call Me by Your Name,” “The French Dispatch”),

Dave Bautista (the “Guardians of the Galaxy” films, “Avengers: Endgame”),