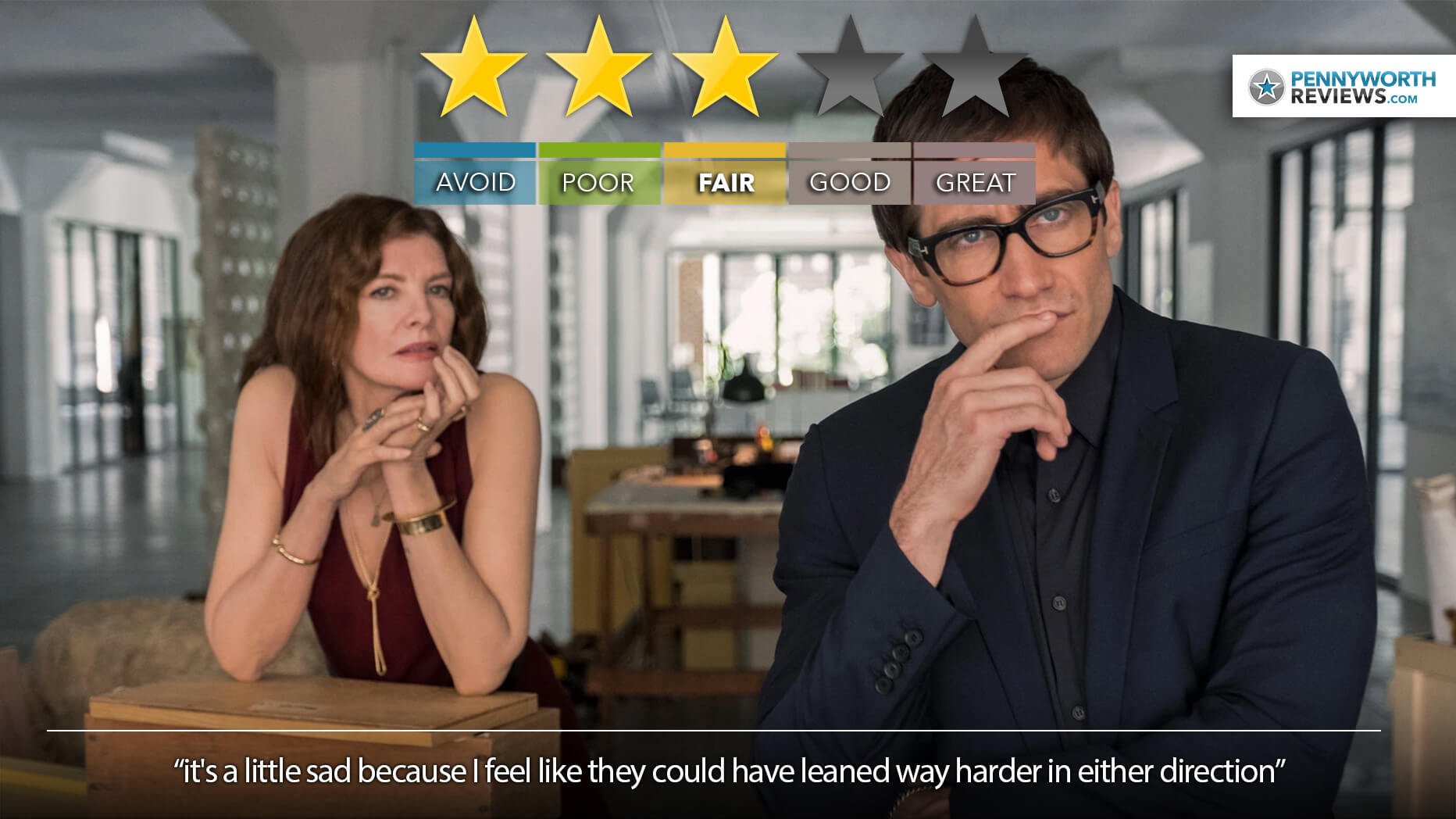 What is it? A woman who wants to be an up-and-comer in the world of high art ends up finding and selling the cursed art of a dead man she discovered, and it starts going really screwy (and deadly) for anyone involved.

I’m serious when I say that I really, really wanted to like this film a lot – especially after I fell in love with the trailer and thereafter found out that it came from the same guy that made Nightcrawler (also with Jake Gyllenhaal). Now I’m not going to say that I don’t like it, because I still sort of do – it’s just that it definitely could have been more than it was.

The film takes on the world of fancy-pants art, critics, nut-job artists, dealers and more and while I found the screwy, weird parts of the movie adequately screwy and weird for the most part, it completely fails to ever fully lean into being either super weird or a proper horror movie. The performances from Gyllenhaal, Rene Russo and a few others were notably great, and there’s even a full on South African “Agh, no lekker man” art dealer in the movie that’s worth a giggle (and actually captured some of the accent really well compared to others that have tried).

Velvet Buzzsaw was okay, but not much more than that and it’s a little sad because I feel like they could have leaned way harder in either direction (horror or super-weird) and created something really memorable. Instead it feels like untapped potential. Bummer.