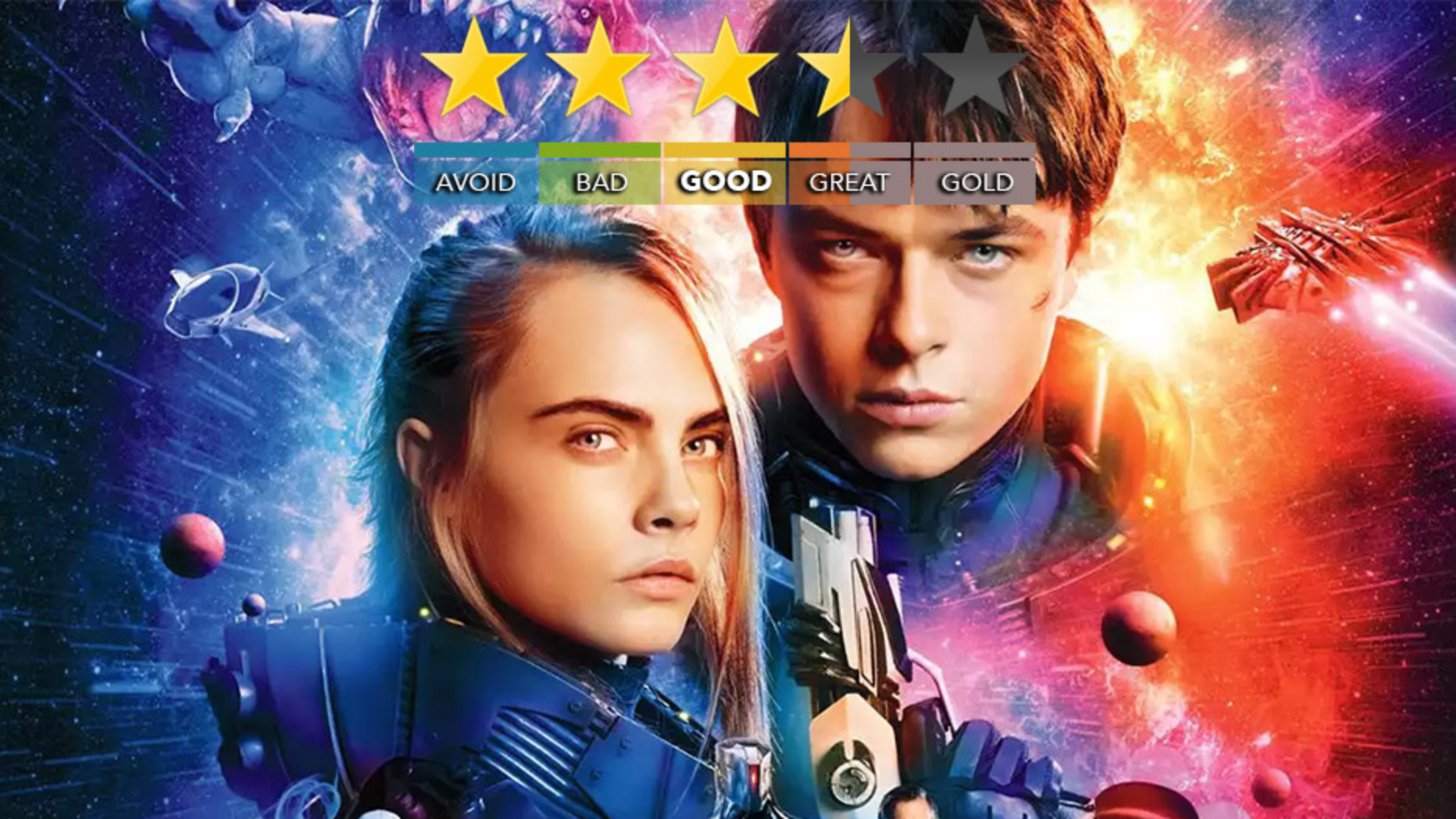 What is it? A sci-fi spectacle based on a 80s French graphic novel and directed by the guy responsible for favourites such as The Fifth Element and The Professional.

Verdict: It might be a shallow pond, but it’s a really, really pretty pond. What 4K and IMAX were made for.

If you’re heading out to the movies to check out Luc Besson’s next big sci-fi classic space adventure since The Fifth Element, you will only partially find what you’re looking for with Valerian. The plot revolves around our agents attempting to return a stolen creature that’s the last of its kind, from a planet that was completely destroyed along with the free-spirited race that lived on it – only to discover that the planet’s destruction is shrouded in mystery while a new threat is discovered at the heart of the giant hub world floating through space.

While in many ways it offers up big, beautiful and at many times humorous moments it’s not quite as iconic and well written as The Fifth Element (bzzzzz!) ever was, and sometimes comes across as more of a Disney movie than a Besson film based on a graphic novel. It makes a few attempts at introducing some outlandish and quirky characters too but in the end they just come across as over the top, while the ones that are interesting get yanked away too soon. Make no mistake though, it’s an absolutely gorgeous example of the magic and wonder of great visual effects combined with incredible art design.

While you might not be that familiar with the lead actors, both Dane DeHaan and Cara Delevingne do a decent job with what they’re given, although if I must be picky, the slightly young and at times goofy looking DeHaan feels a little miscast for his role as a completely badass, womanising agent with years of experience and the title of Major. Cara Delevingne also feels a little young for her role but provides a capable performance that only falls short here and there but is also complimented by the fact that she looks unbelievably stunning on screen and steals every scene she is in.

In the end Valerian doesn’t offer up the best story or award-winning performances, but that doesn’t mean it didn’t win me over with nothing but its adventurous spirit, clever sci-fi concepts and gorgeous visuals. It was a good time out at the IMAX and wasn’t afraid to have some fun with itself.