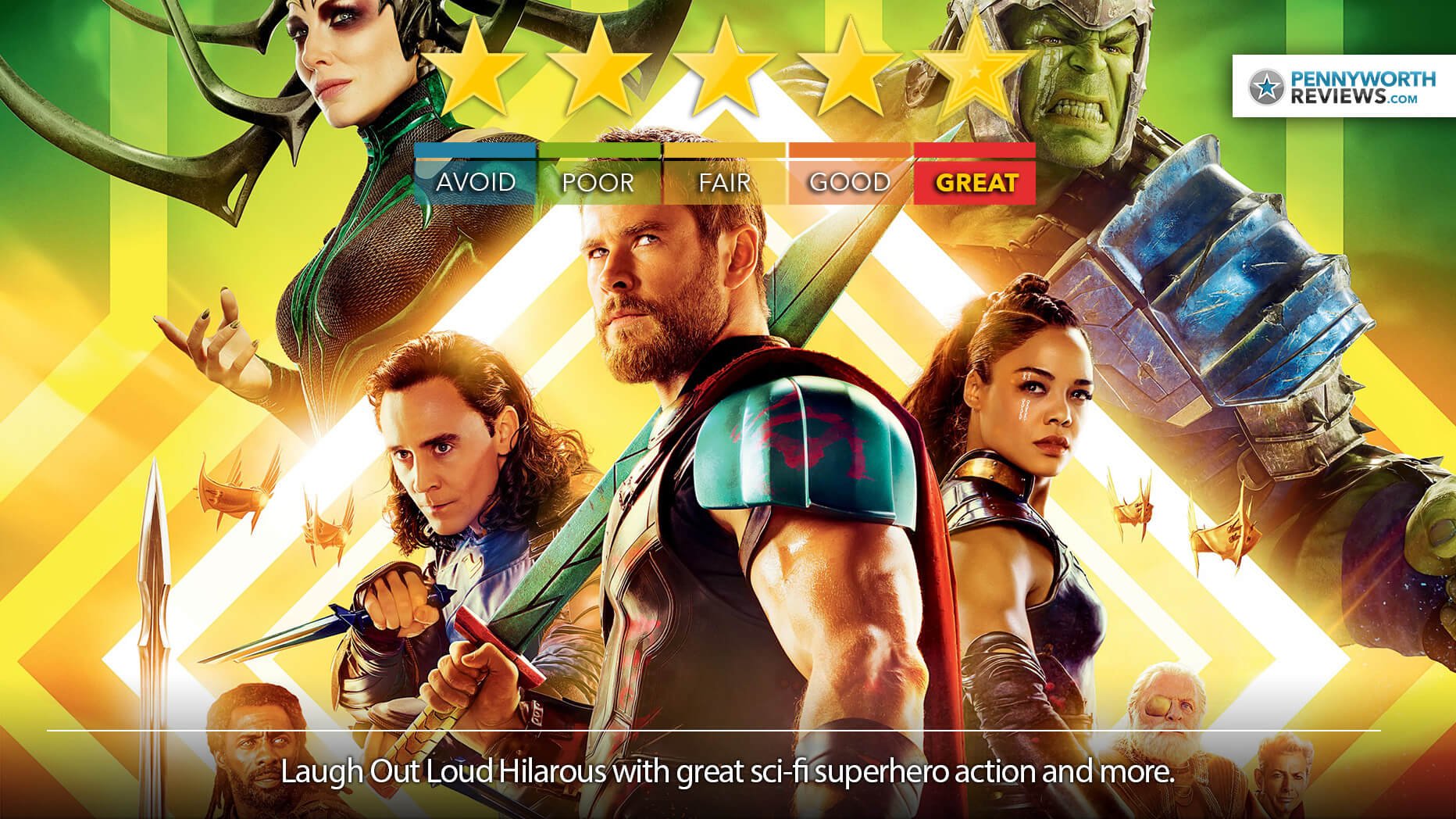 Marvel can have it’s cake, eat it too… and well, still have even more cake. Somehow

THOR: RAGNAROK’s Blu-Ray Is The Picture of Perfection | Blu-Ray Review

What is it? The third Thor movie in the Marvel Cinematic Universe. This time around, it’s been put together as a full blown comedy action movie that takes you on a hilarious journey as the God of Thunder is enslaved on a junk planet and forced to fight as a gladiator. All the while a long lost sibling that’s arrived with her eyes on death and world-ruling is causing some serious problems for Asgard. The usual.  – Reviewed on Blu-Ray

Verdict: Laugh Out Loud Hilarous with great sci-fi superhero action and more. How, Marvel? How?

I feel like I need a Marvel template for our reviews so that I don’t have to rewrite the same opening each time. You know the ones where we say that at this point you would think Marvel was either getting stale or couldn’t possibly top what they’ve already done?

Thor: Ragnarok was approached as a comedy first, and the rest after and to do that they brought in the very talented and unbelievably funny Taika Waititi, known for goodies like Flight of the Conchords and What We Do In The Shadows. Now you’d think that you couldn’t possibly take a big sci-fantasy superhero franchise/character and turn it into a comedy… not without at the very least losing out on some of the spectacle that comes with a Marvel movie? Wrong. Wrong, wrong wrong.

Wrapped in a sort of 80s vibe, with excellent music to boot; Thor is one of the funniest comedies I’ve seen in ages, and just happens to pull off all the rest. The action is huge and fun and I think that despite getting praise, the cinematography in this film is very, very underrated. Watching Thor, Loki, The Hulk and other characters bouncing off each is a lot of fun especially with the addition of amazing talent like Jeff Goldlblum, the as-attractive-as-she-is-dangerous Hela, played by Cate Blanchette and some great new additions.

Don’t think it’s played it safe either because this film makes some BIG changes to characters and the Marvel universe leading up to Infinity War. Combined with Black Panther and possibly Guardians of the Galaxy 2 we have everything primed and ready to jump into Infinity War and I am SO pumped.

Marvel is able to have it’s cake, eat it too… and, well probably end up with more cake. Marvel knows how to do cake.

Blu-Ray Review Comments: This is what a proper Blu-Ray is supposed to look like. Tons of great special features with behind the scenes looks, deleted scenes and full director’s commentary on the film that could almost double as a comedy special. The movie is so much fun you won’t be able to only see it once, especially when it could be a part of future viewings of the cinematic universe.