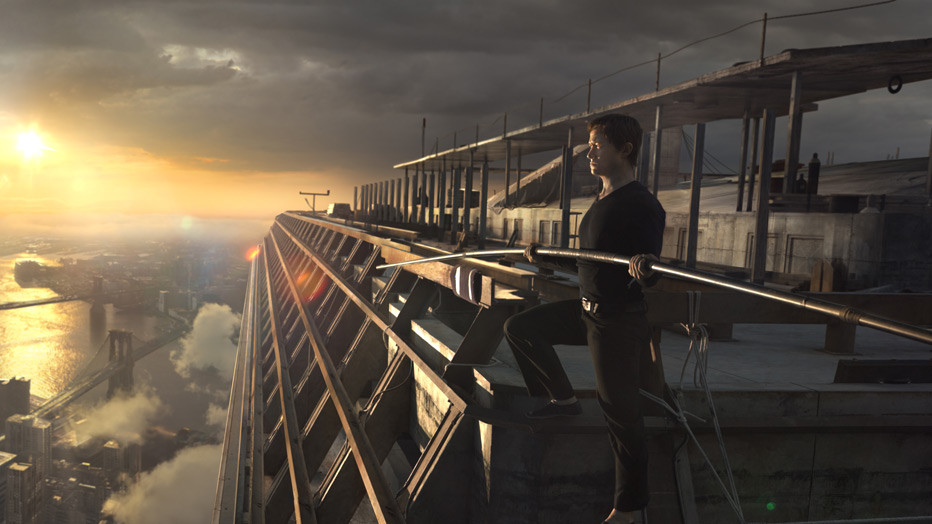 What is it? The true story of Philippe Petit (the very same featured in the documentary Man on Wire), a french street performer who set out to perform a crazy and daring illegal wire “tight rope” walk between the World Trade Centre’s Twin Towers when they were still being constructed.

Here’s a true story of my own: The Walk didn’t really grab me when I originally saw the trailers. As a matter of fact, right up to the point where I was sitting in the IMAX with my 3D glasses on waiting for the film to start, I felt like the film was ultimately going to bore me a bit, maybe I just wasn’t in the right mood. Around two hours later, I found myself very pleasantly surprised with a film that not only charmed my with its quirky storytelling techniques, but genuinely blown back by how much the IMAX 3D had to do with making it a fantastic experience.

With Joseph Gordon-Levitt playing the lead role, The Walk turned out to be less of a boring drama about a man with dreams, and more about an incredibly exciting heist that was being planned by a crazy person and his cohorts. The film is narrated by Gordon-Levitt as Petit and drawing from his background in street performance, visual effects are used to spin some very magical moments of visual flair or scenes of imagination into a story that is solidly based in the real world. Along with the effects whisking the film into a more magical space, the IMAX, and especially the 3D which feels properly solid and not just tacked on, adds an absolute ton to a movie based around the risk of heights. During the scenes of the actual attempt, it felt like I was really up there, looking down at all that space below, in absolute awe of the visual effects and 3D used to make you believe that you really are up there with Petit, between these two monstrous towers… and then it dawned on me, and more than once… that this guy, a real guy, really did do this. He really was up there, and it blew my mind, especially realising that the plan just to get up there at all was nerve-wracking in itself.

The heist aspect of the movie gave it great pacing and the visual effects as well as quirky nature of the storytelling crafted an enjoyable depiction of a true story, filled with bits of humour, bits of intrigue and a whole lot of tension shared between the rope, the execution of their plan and the risk of the performance itself. While it will hold its own as a normal film running on a TV, it really does benefit from the IMAX 3D, so if you get the chance to watch it there, you’ll definitely want to make a plan to see it that way.