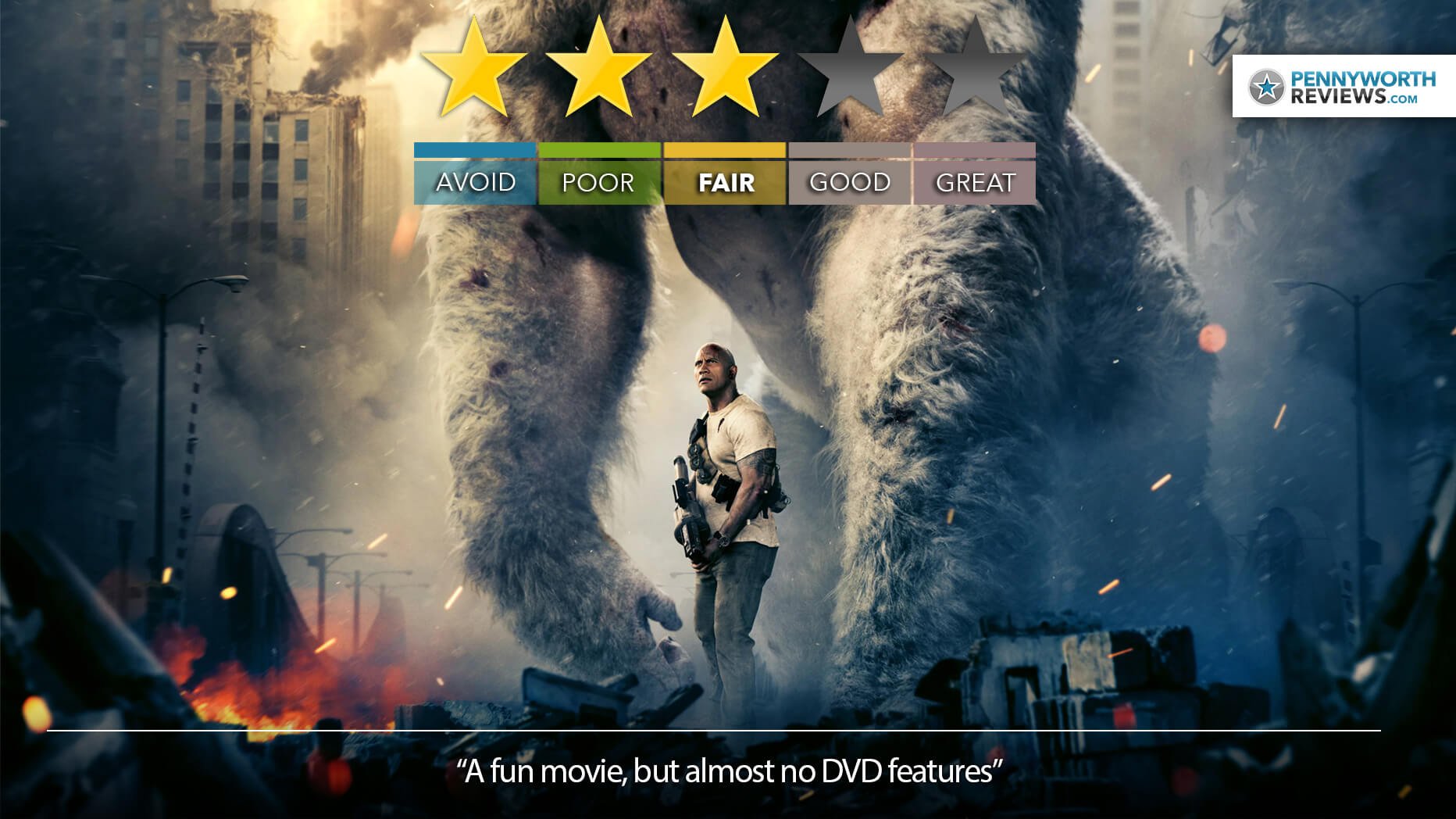 A fun movie, but almost no DVD features

Summary 3.0 Good
Movie 0
Special Features 0
Rewatchability 0
Summary rating from user's marks. You can set own marks for this article - just click on stars above and press "Accept".
Accept
Summary 0.0 Avoid

What is it? A shady corporation is doing some super naughty genetic engineering and it causes 3 creatures to grow really big and get really angry. Adventure and action ensues.  – Reviewed on DVD

Dwayne “The Rock” Johnson has done a stellar job of turning himself into a brand that already lets the audience know what they are going to be in for if they watch one of his films. It’s gonna be fun, it’s gonna have some action and a couple of laughs.

Rampage is based on an old video game property, but can’t really be called an adaptation as there’s really almost nothing to adapt. What the film does deliver though is a perfect medium-budget popcorn film that has a bit of fun with some creative ideas. It is in some ways a play on the Godzilla / King Kong formula that everyone already knows and loves, which means you’re gonna see some big monsters eat some people and break some things while tanks and helicopters shoot at them. Nice.

It’s pretty CG heavy at times, to the degree that it feels like they are on a CGI stage more than a real location, but it all works out because the film really doesn’t take itself too seriously. It’s also got a pretty decent cast, with Naomie Harris and a rather excellent performance from cowboyish Jeffrey Dean Morgan.

DVD Features: The DVD only comes with one short featurette about the original game and the cast’s relationship to it, which is a bit of a disappointment.