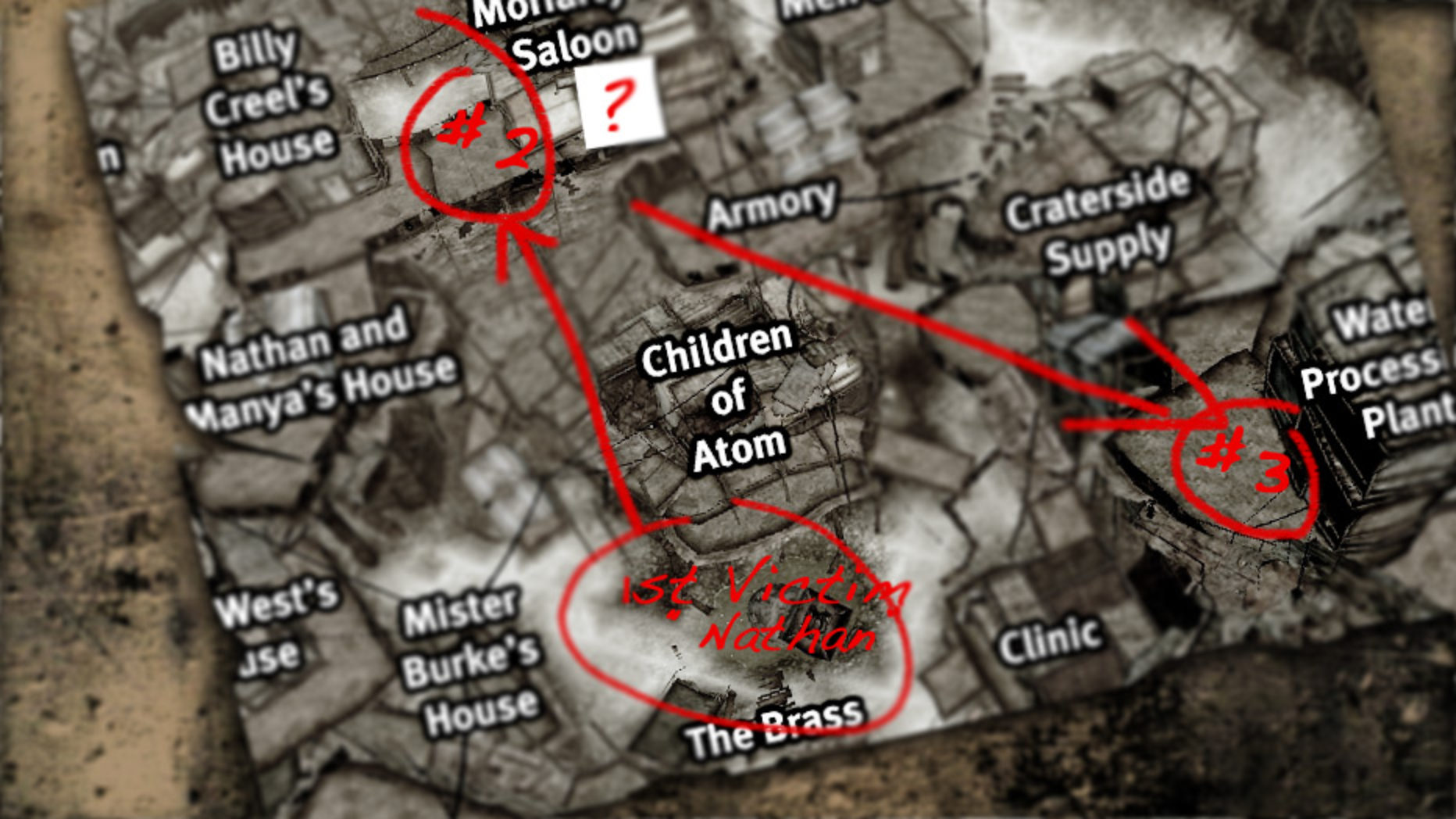 The Most Powerful Gaming Mod Is Multi-platform (And Free)

Before we begin, allow me to tell you a story about an experience I had in Fallout 3 with the infamous Megaton Serial Killer.

From not too long after I first walked into Megaton, their handy work was evident, and the result was, well, jarring. An old-man lying dead, face down in the puddle of irradiated water surrounding the large bomb that was seated in the middle of the town, I think the man’s name was Nathan.

What had happened to the poor old man? Who was he and who was responsible? No one seemed to know what had happened. I even found the old man’s wife Manya, eventually. I think she had difficulty dealing with his recent and sudden death, she spoke of him almost like he was still alive. I was confused at first, but it wasn’t the last time the serial killer would strike and it was then that I noticed a pattern and caught on to his activities. First it was the old man, next, a local saloon owner I was dealing with had requested to meet with me for a job, but he never showed. Curious I thought? I tried to track him with my Pip-Boy, but for some odd reason it said he was lying at the bottom of the Potomac river, not a good sign.

Next was the another old man working in the local water processing plant, I had just struck a deal with him to supply with any scrap metal I found in exchange for some caps, I could use the extra dough, but it never came. I returned to him with a small haul, hoping to get compensated for my efforts, but he was nowhere to be found. I searched and searched, until finally, I found him… or his body anyway. He was lying dead at the base of the plant that sat higher up the steep incline of the bomb’s crater. It looks like someone had thrown him to his death.

I’m not sure what was happening, who was responsible or why they were doing it, but I had to watch my back… because it was clear that no one was safe.

The possibilities are endless… and so they should be.

“Hang on, I don’t remember a serial killer quest or character in Megaton when I played Fallout 3?”, you might be saying to yourself as you read my story, and that’s purely because they didn’t exist… well, not in your Fallout 3, but they did in mine.

That’s because I was filling the giant gaping hole left behind by a really terrible bug in Fallout 3 using the best video game mod to ever exist… the imagination. I had to, I needed an explanation. Someone was dead when I arrived, people went missing, a guy I was dealing with turned up dead for no reason and all because some crazy bug in the game was making some people die or just glitch into the middle of rivers and another completely screwed with my navigation, causing me to lose around 6 odd hours aimlessly wondering around the map when I was on a tight deadline to get the review out on launch day. I couldn’t handle knowing how broken the game was, and at that point I definitely wasn’t going to try and start over.

I attribute this thinking mostly to the years I spent playing Dungeons & Dragons and Star Wars pen and paper RPGs, the need for imagination there is unlike anything else you can play, and it sparked the parts of my brain that told me that I needed to get it involved.

Our imaginations are powerful, and so are the great experiences that video games provide, and when you combine the two, you can fix a whole lot of issues in them. Snake heading back to Mother Base in MGS V? Of course, he needs to speak with the men, train them in some of his long lost techniques, catch up on lost time, play with his puppy. Sometimes the actions are even implied by the game, all you gotta do is take a moment and fill in the blanks.

Geralt busy with 800 side missions even though the main story just told you that if you aren’t at that place by that time, the person inside is going to die because this is like, super urgent? Create the reasons those contracts need to get done, work it in, let it help make sense of things or remove some of that odd video gamer guilt bred by open-world games, its super handy.

I’ve had some people share simple stories with me, such as why a character did something, why they needed to complete all those side quests, or collect all 100 of those items they were searching for. If you’ve got any ideas, or experiences to share, I’d love to hear them and chat them out.

The possibilities are endless… and so they should be.