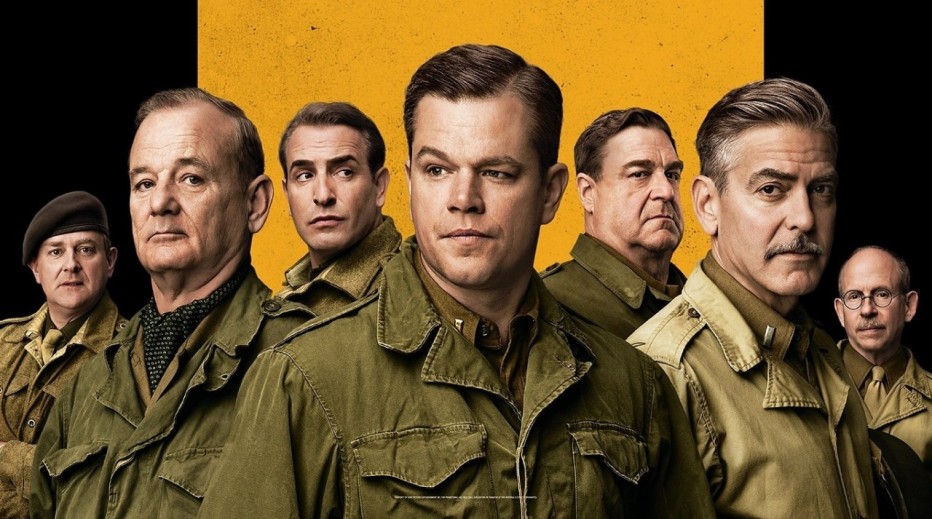 Summary 3.0 Good
Story 2
Performances 2
Production 2
Experience 2
Summary rating from 1 user's marks. You can set own marks for this article - just click on stars above and press "Accept".
Accept
Summary 2.0 Fair

What is it? George Clooney presents a heart warming tale of a group of unlikely soldiers willing to give it all for the retrieval and preservation of artworks stolen by the Nazi’s during World War 2.

Based on some actual undertakings during World War 2, Monuments Men does a decent job of getting people on board for the beat the Nazis and get our pictures back thing and reiterates the reasoning and social implications thoroughly throughout the film. Unfortunately, despite a cast that will almost certainly have you picking up the cover for further inspection, the art cognoscenti turned soldiers compromise the viewers understanding of the severity of their mission at times with a light hearted tone that is possibly too happy go lucky for its own good.

That being said, I enjoyed The Monuments Men and the ever present message that accompanies the film despite often feeling that the characters could have been developed a little more. While aspects of the film resemble the classic ensemble war time films like The Dirty Dozen or Kelly’s Heroes, Monuments Men has slightly choppy pacing and one or two flat spots along the way.