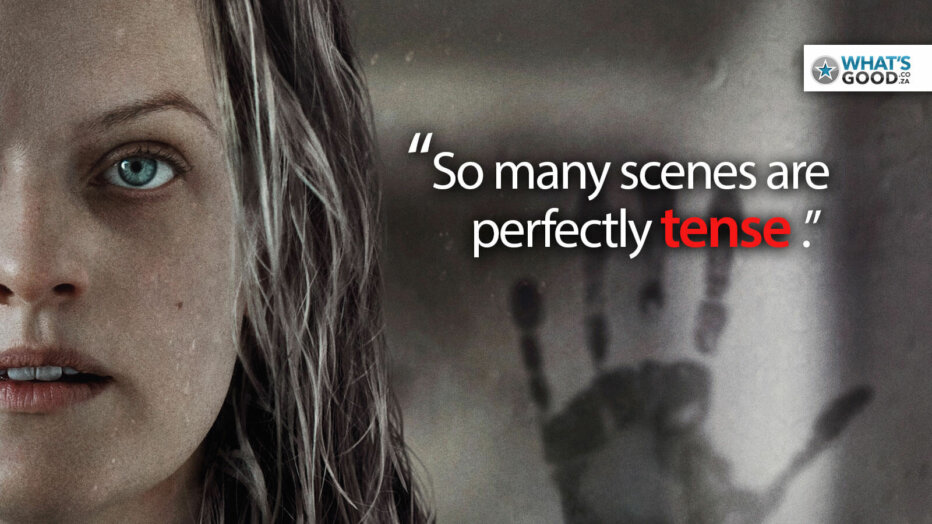 What is it? The Invisible Man is a nearly 100 year old tale that has seen many incarnations in film, and this new take on the story is one that’s worth sitting up and paying attention to – because it’s fantastic.

It’s a Horror movie for people who traditionally don’t like Horror films, mainly because of a potential technological aspect of the story.

A Sight For Sore Eyes

After running away from a controlling, abusive relationship with a very wealthy inventor of incredible modern technologies, a woman (Elizabeth Moss) faces the possibility that her now-dead ex might actually have found a way to haunt her from beyond the grave. The grave in this case however, might just be a ploy to terrorise her, planned by a genius who is obsessed with control.

So many scenes are perfectly tense, and made more-so by great film techniques that leave you constantly feeling uncomfortable with the idea that someone might be in the room with you, watching you.

What You Can’t See

While many people take some extra issue with horror because of the concept of ghosts or monsters, the idea that the “monster” is possibly just a man somehow makes it more palatable. This, as well as the fact that it might just all be in her head.

The film does a great job of keeping you guessing throughout, and going through many of the struggles that someone in this position would be going through. It’s masterfully directed by Leigh Whannell, a guy who is team mates with James Wan and has brought us some notable gems like Saw, Insidious, Upgrade and more.

Add a magnificent performance by Elizabeth Moss, and a notably excellent musical score by the co-composer of Blade Runner 2049and you have a lot of great reasons to make sure you don’t give this a skip.