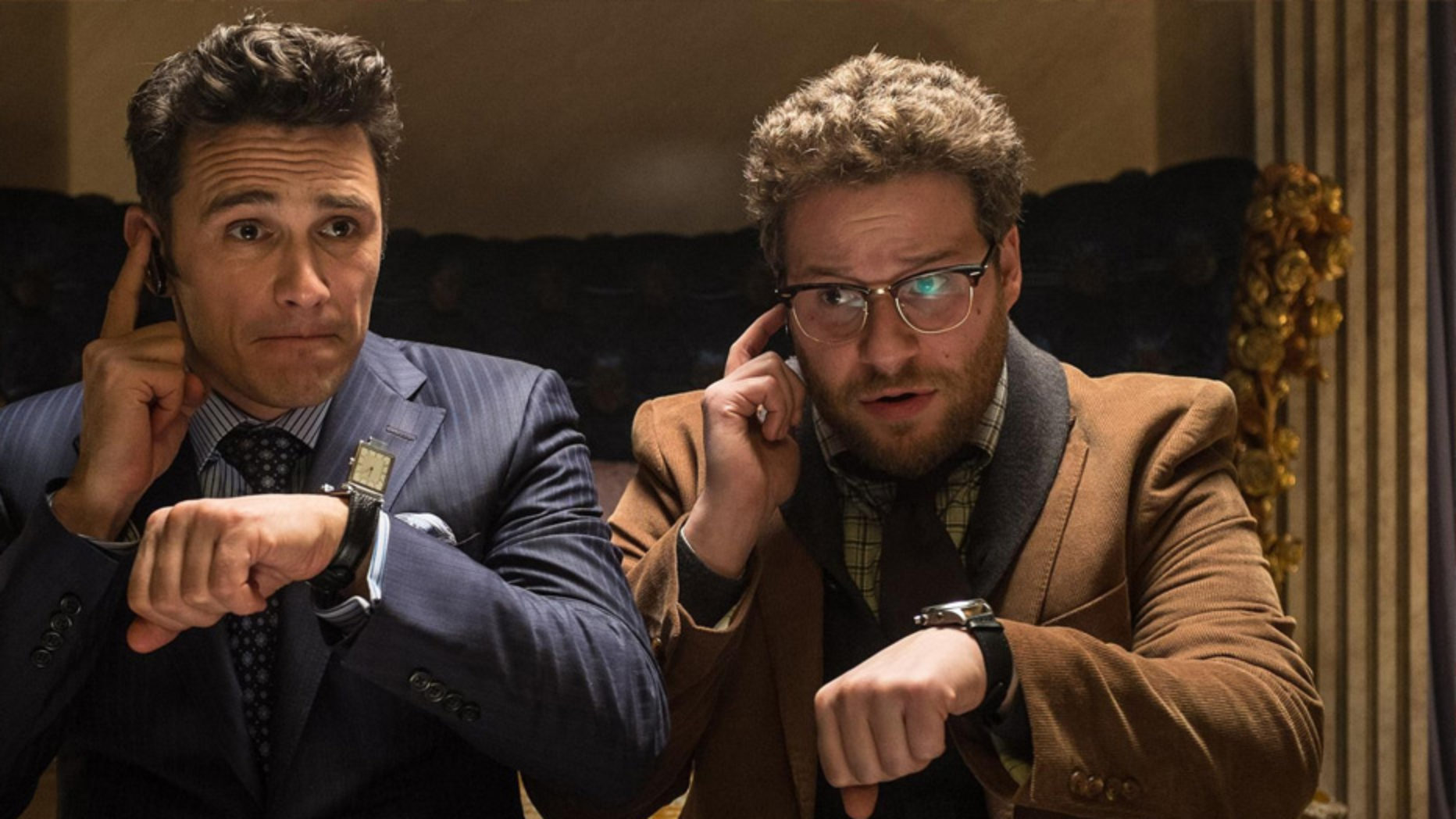 The biggest nuclear threat to the United States just invited two goofballs over for an exclusive interview, and the CIA wants him taken out

What is it? After a talk show host and his colleague/friend discover that North Korean’s Supreme Leader Kim Jong-un is a fan, they score a once in a lifetime interview… only to have the CIA approach them with a secret mission to assassinate the dictator while they have the chance.

Certain brands of comedy love taking very serious situations and turning them into something to laugh at, and this is definitely the case with The Interview, which takes the very real threat of North Korea and gives us a quirky angle of the situation in the hopes that we can get some laughs from it. It succeeds in educating the world a little more about the travesties going on in North Korea as well as delivering the sort of comedy that coins phrases like “Honey-dicking“.

While its not the best comedy to come from the teaming up of Seth Rogen and James Franco, it can definitely still be classified as chuckle-worthy, with some memorable scenes from Rogen and Franco’s bumbling attempts at being make-shift agent-assassins and a humorous look at the scandalous attempts by North Korea to fool the world as well as its own people into believing that all is good on that side of the fence.